Played a fast-moving game of Cold War Commander today, and my first with my new (used) Roskopf models and Middle Eastern buildings.  The tanks have all been newly basecoated but are all unfinished themselves.

The game was a "meeting engagement" or "encounter battle" between 2 armored and mechanized battlegroups.  The Israelis with 3 M-48 "Magach" and 2 "Shot" Centurions along with a Mechanized Infantry company with M106 mortars in support.

The Egyptians with 3 T-55 units, 3 T-10 units, and a mechanized infantry battalion mounted in BTR-152 wheeled APCs.  Neither side had artillery or air support.  Both were tasked with seizing the small village in the center of the board. 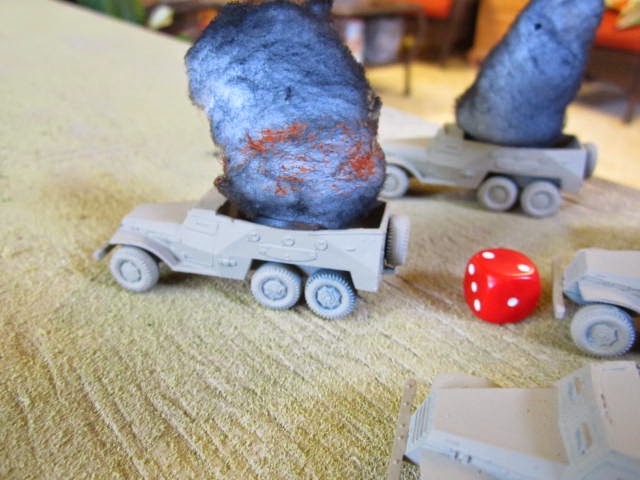 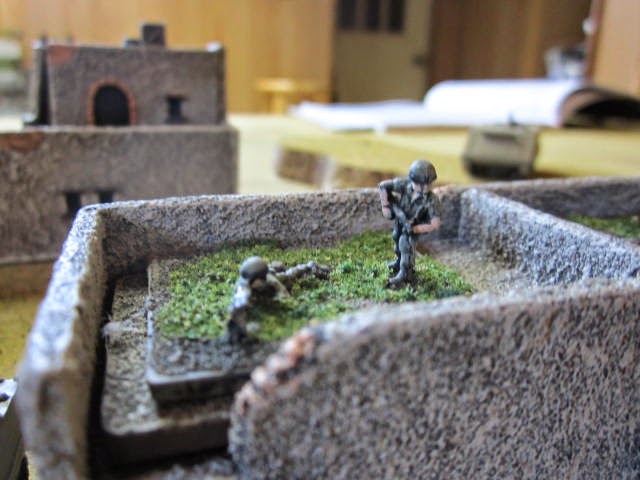 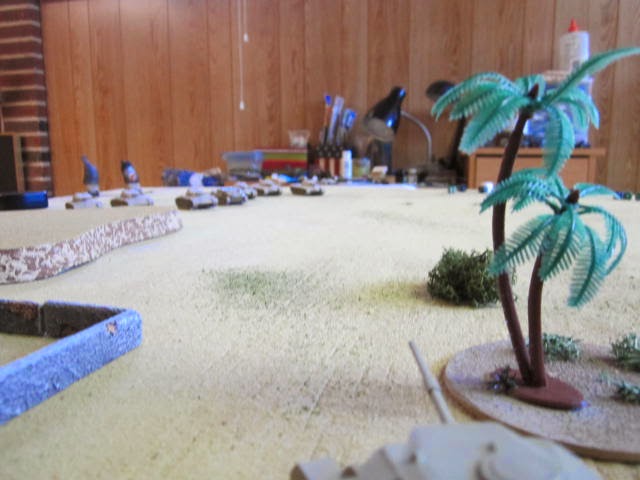 The battle ebbed and flowed.  Each time the Egyptians would try and advance, the opportunity fire from the Israelis would suppress them and stop them cold.  So a new tactic - the Egyptians shifted tactics to engaging the Israeli tankers in a brutal tank knife fight, trading casualties for casualties, with the Egyptians getting the worse end of things as usual in this game. 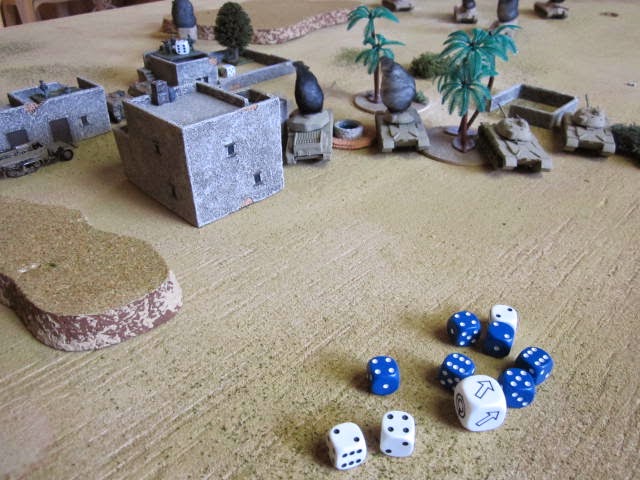 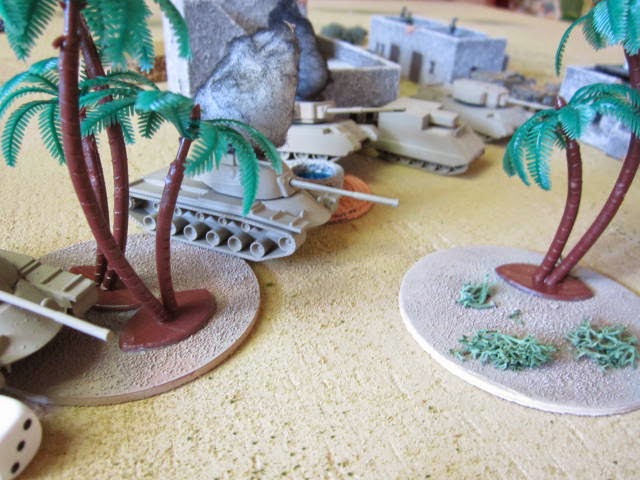 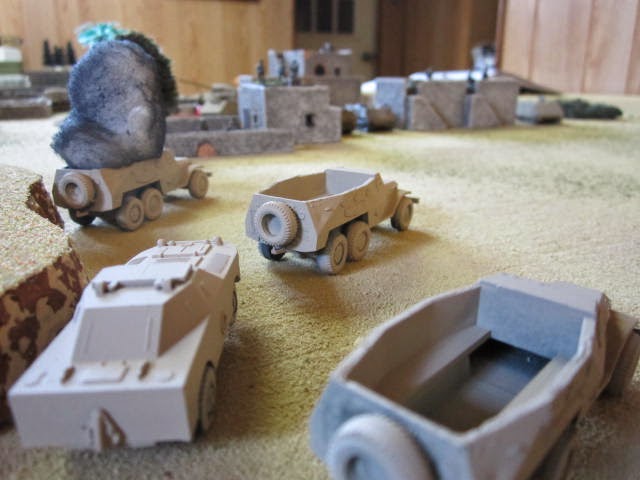 3:1 Odds Favor the Attacker
The old saying that the attacker should have 3:1 odds locally to carry an attack are sound.  The Israeli mech company boasted 4 stands all with anti-tank weapons and mortar support knocking out the Egyptians well before they got into position to assault.

Combined Arms Support
The Egyptians would have been well served to include some artillery either towed or self propelled to suppress the Israelis.  Using the T-10s in an infantry support role might have made sense given they are slower than molasses but tough as nails and could have knocked out those stubborn infantry positions as well as exploited a breakthrough, and not to mention put pressure on a flank to divert more of the Israeli armor away from the main attack.

Command & Control
The Israelis took a gamble by not including a Headquarters and instead relying on the CO to do everything.  By doing so they lost their command advantage as the battlegroup was spread out over 20cms from the HQs unit.  while the points were well spent on tanks, a HQs doesn't cost all that much.  Splitting the command would have made more sense in this case.

Posted by Disgruntled Fusilier at 2:19 PM