Some Resolution with COMBAT TEAM! and a visitor?

Okay so after a good night's sleep, breakfast and coffee, the final determination made in my COMBAT TEAM! issues yesterday are simple:

Keeping the game fast-moving, fair and "fun" are still top priorities so I'll change the rules to reflect the following:

All infantry stands have a basic save of 5+ / 1D6 modified by terrain, which increase the save potential. (Thank you A-Historian!  This suggestion worked well and with it, the Germans were finally able to break through those Paras) 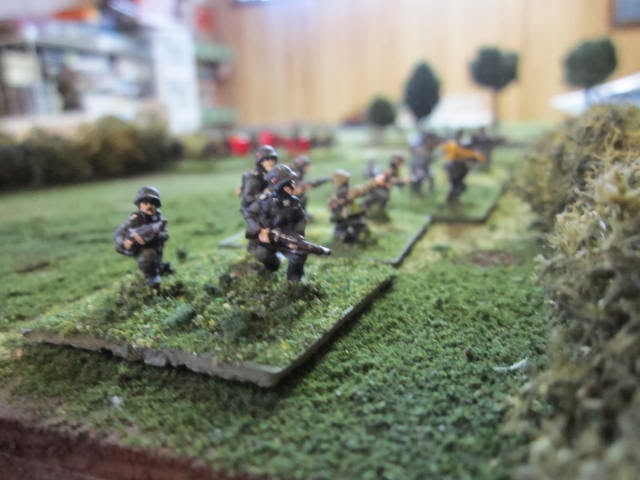 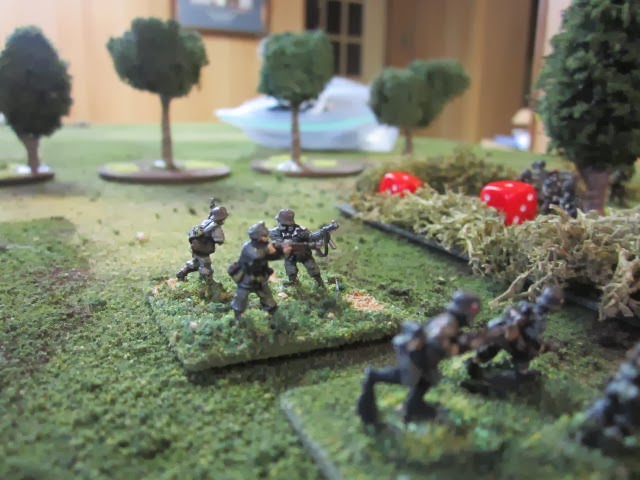 In a large departure from EPIC: Armageddon, Infantry in Close Assaults (engage order in E:A) WILL receive their saving throws.  2 Infantry Companies in Epic could see as many as 30 stands involved in close combat.  COMBAT TEAM! may have as little as 6 or 8 counting both sides.  (the scale is also a little larger in COMBAT TEAM!).  This way the game stays balanced.  One potential problem on the horizon I am eyeing is how to best integrate morale into Close Assaults and I'm tinkering with some ideas for playtesting next.  (using the Tactical Initiative Value and working it into the final die roll to determine who won the Close Assault for one thing).


Also yesterday, work finally got underway in the painting of my 15mm Soviet Motor Rifle Troops!  I know everyone is excited to see them so of course naturally I'll keep everyone in suspense for another day or so. Some of them are Khurasan Miniatures and are a serious joy to paint!!

Also SOUND OFFICERS CALL is happy to report a distinguished visitor toured our ranks yesterday after a "hard day" of playtesting, organizing and painting!

Posted by Disgruntled Fusilier at 10:46 AM