Finally got around to playing a larger game of Black Powder with my newly based 15mm ACW miniatures.  This game featured 2 Brigades of 1 Confederate Division, attacking a small Union Division also of 2 Brigades.  There were 2 objectives, closer to the Union side.  So this Union Division of only 4 Regiments, would have to defend along a wide frontage to cover both objectives, without enough units to comfortably cover the space. 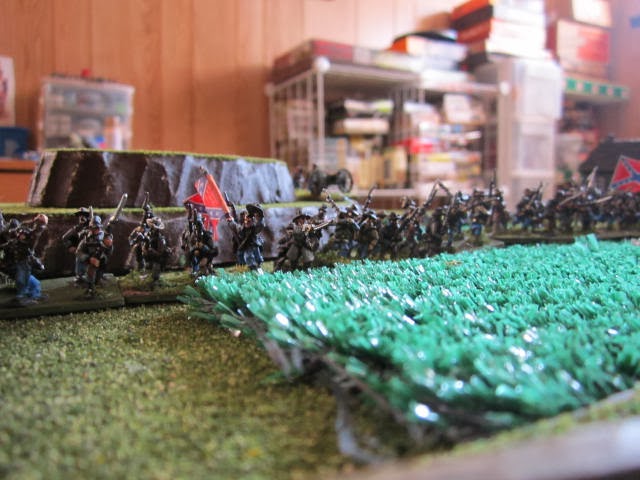 The Rebel attack got off to a slow start.  The right-most Brigade didn't step off until late, leaving the left, larger brigade to go it alone with no artillery support.  Some good rolling on the Union's side and the good thinking of having its Regiments in column enable them to get there quicker with passed command rolls.  The Union troops reach the safety of the fenceline and rock wall and set up their defense well in front of the Objective.  The Corps commander realizes this is a tough task to defend this frontage so he's charged his brigade commanders to defend as far forward as possible, buying time to bring up reinforcements.  The object of the game is to keep the Rebels from reaching the objectives. 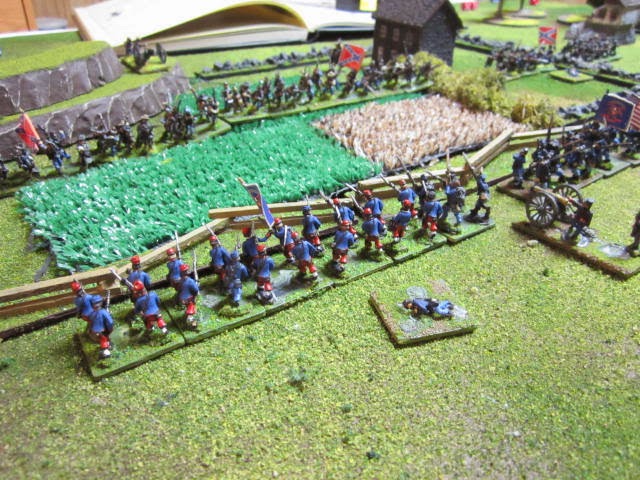 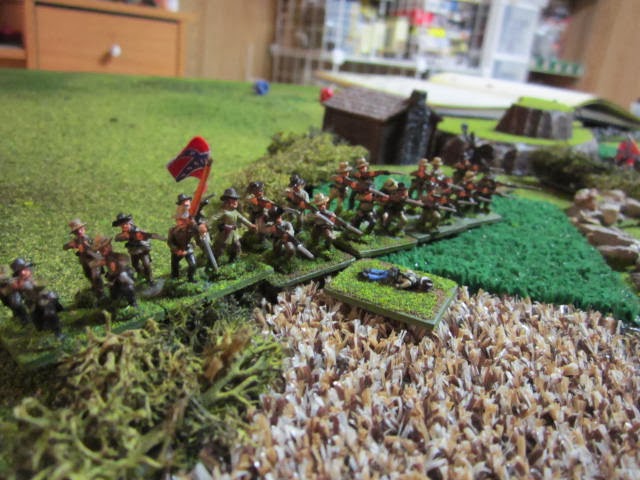 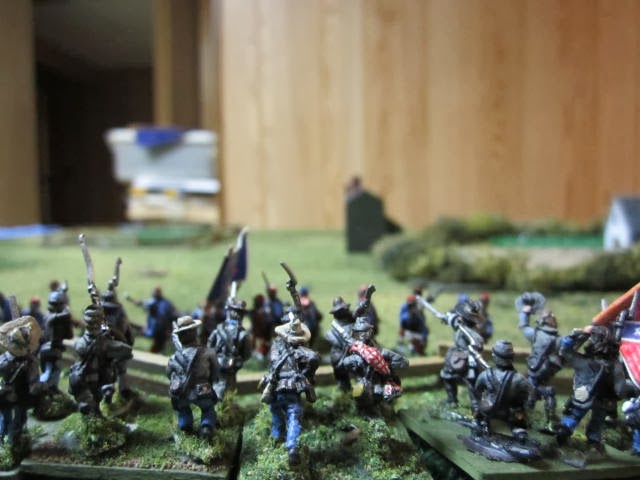 The Rebels have a tough round of combat and push the Zouave Regiment back, however they also lose a Regiment in the attack.  The Yanks are holding on and wheel a Regiment 90 degrees to pour enfilading fire into the Rebel flank. 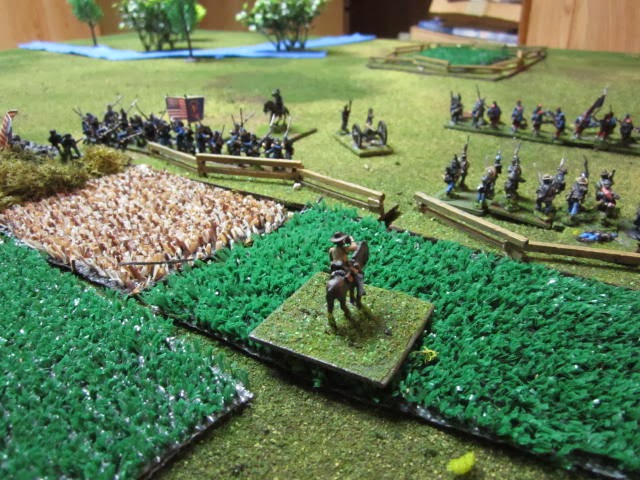 This game was a narrow Union Victory.  The Rebels do not manage to actually capture any objectives when their right brigade becomes completely shaken.  They will need to rally some of those casualty markers off if they were to continue, however casualties are too great to continue on.  The Union wins the day, but just barely.

I will need to paint up MORE casualty markers but this game was alot of fun.  I like how the units look with the 24 stand Regiments - much more realistic than my previous basing schemes.

So check another block off of my stay-cation goals!  I have gamed Combat Team and Black Powder!

I need to obviously paint up more ACW units, rebase my AWI guys for Black Powder, and keep cranking out more Napoleonic stands.
Posted by Disgruntled Fusilier at 12:58 PM