Played a rip-roaring game of "Combat Team!" with plenty of reverses of fortune on both sides.  No clear winner when I had to call the game but overall very enjoyable.  The German "hedgehog" defense adopted proved a tough nut to crack, especially with the Russian lack of artillery (a mobile battle).

The battle took place outside Stalingrad and gives the player some idea of the desperation of both sides.  The Russians must conserve their armor at all cost.  The Germans must stop the Russians from exiting units off the board.  The stage is set!  The Germans have 2 infantry companies on the table with a battery of Pak 38 50mm, and a small armor reserve showing up on turn 3. 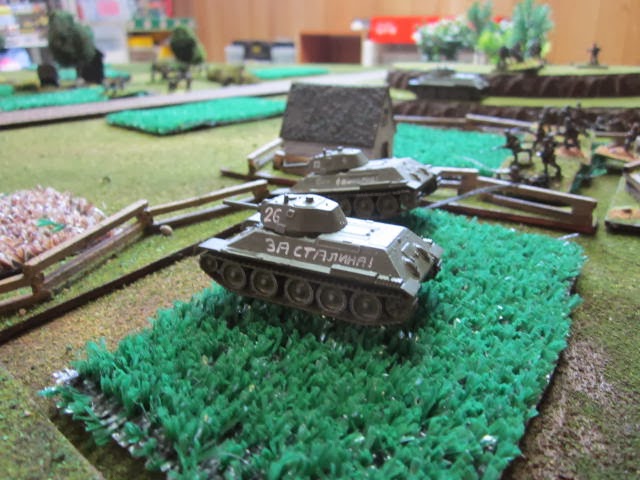 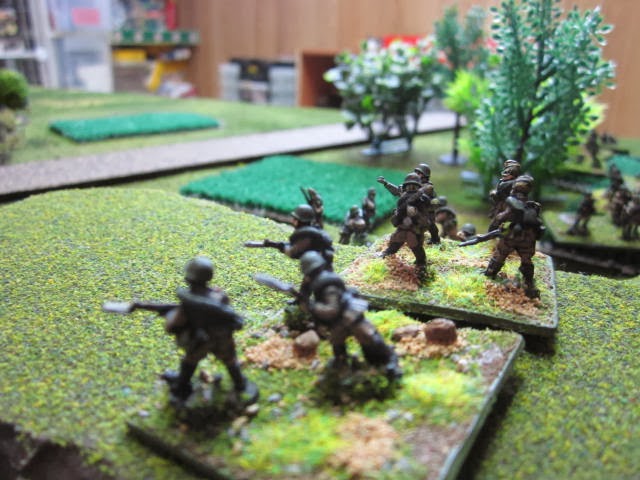 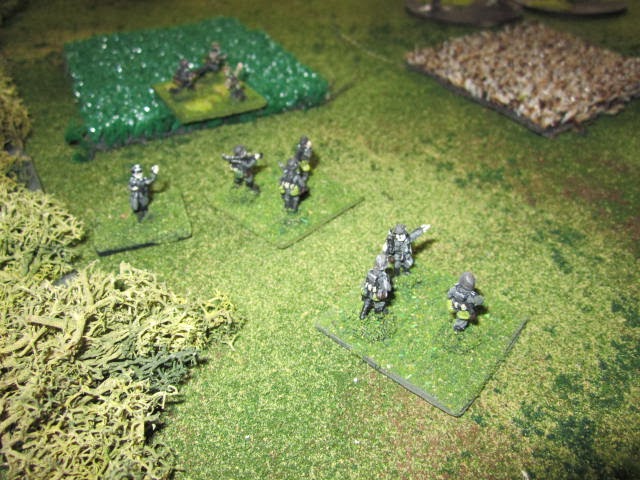 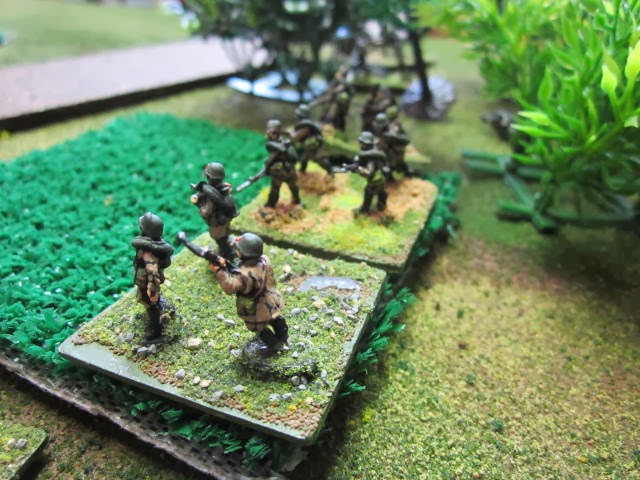 The Soviet push is slow to get started.  It's hard for them to coordinate units especially with the 4+ initiative roll.  The Germans have no such trouble, but have larger units and not as many of them.  The Soviet tank reserve stalls out and doesn't move for the first few turns.  The Soviet infantry is stuck on the hilltop, not moving.  What the heck is going on? 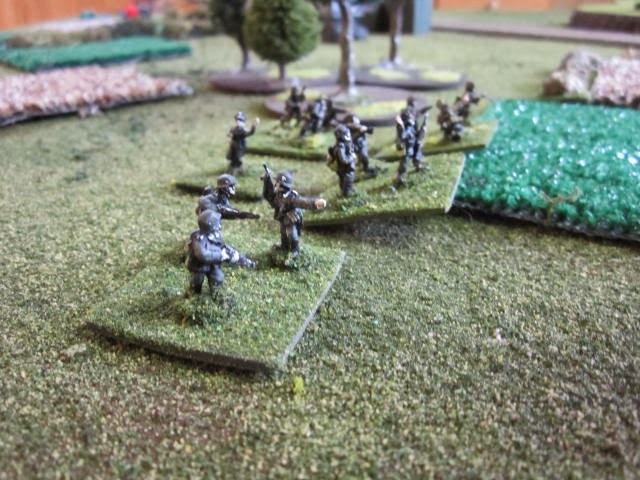 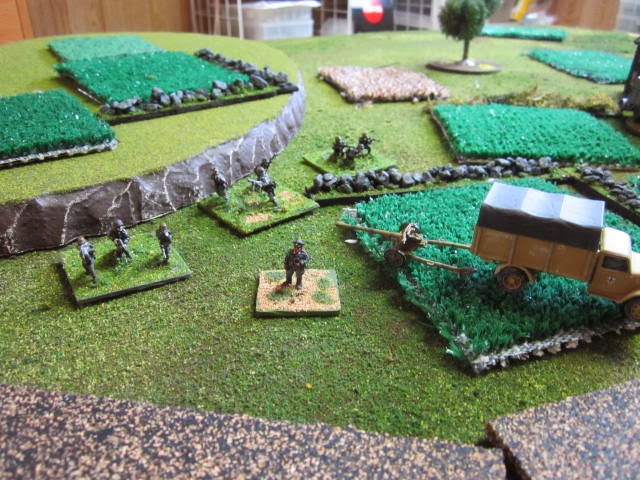 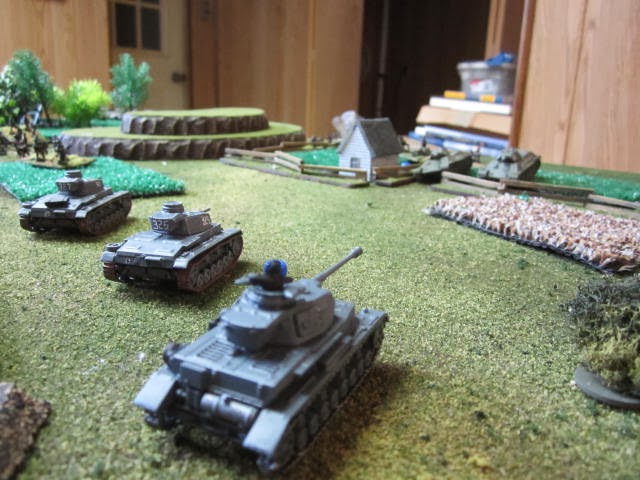 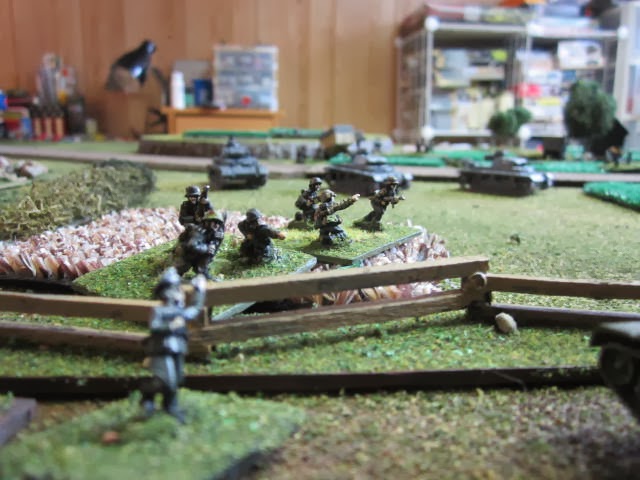 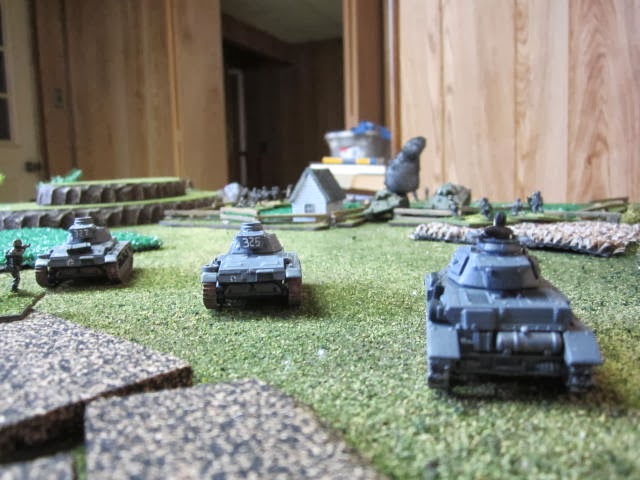 Lessons Learned: As I eluded to yesterday, I eliminated the saving throw for close combat.  Close quarters is messy business and the saving throws slowed down the game dramatically, giving some interesting results (read interesting as "unrealistic and unbalanced").  I also added suppression which gives the attacker a little more of a fighting chance to win an engagement.

Basically, after taking any kind of hit from small arms or small HE fire, the unit rolls a single D6 for each hit taken.  Each D6 resulting in a 5+ or a 6 results in 1 stand being suppressed until the end of its next activation.  This worked rather well and is a nice compromise with suppression rules.  Heck - I may even use blast markers in some games where I'm feeling nostalgic!

Artillery will feature automatic suppression for units the blast template hits if it's a large enough caliber.  Small caliber artillery and mortars will still have to roll for suppression following a successful hit being achieved.

Also need to make a decision on morale checks at breakpoint (as in, yes do them, or no, wait until next casualty is achieved after a team reaches breakpoint?).

So far, I like the evolution of these rules.  I think they have alot of potential for different periods of the 20th century and beyond, and also would make a neat skirmish game as well.  I'm exploring those options next.  Still need to get a website of sorts operational for playtesting.

Posted by Disgruntled Fusilier at 10:29 AM