Greetings all and sorry for my conspicuous lack of posts!  We are having some major work done on our house so it's been difficult to break away but enough complaining out of me!

This is my second German squad for Bolt Action.  I think the camo turned out a little bit better than the first squad's camouflage but the next squad will be the Oak Tree pattern which is one of my favorites.

These guys are all 1/72 scaled Caesar German Panzer Grenadiers and the LMG gunner is from Armourfast.  I'll have to watch that one - the AF guys love to shed their paint job at the slightest touch...

I tried a different technique on their faces which turned out really well.  First I undercoated the skin with brown, then "dwarf flesh" then highlighted with "elf flesh" then washed the faces with "Reikland" skin tone GW ink. 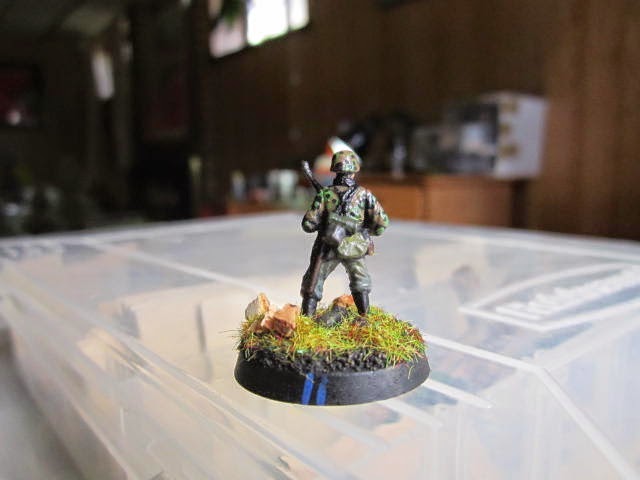 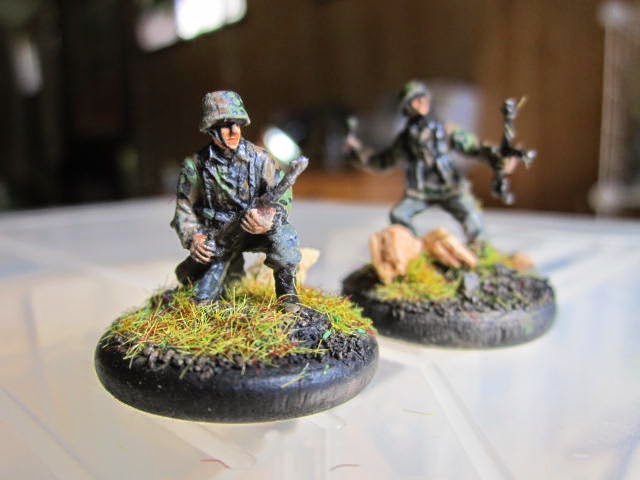 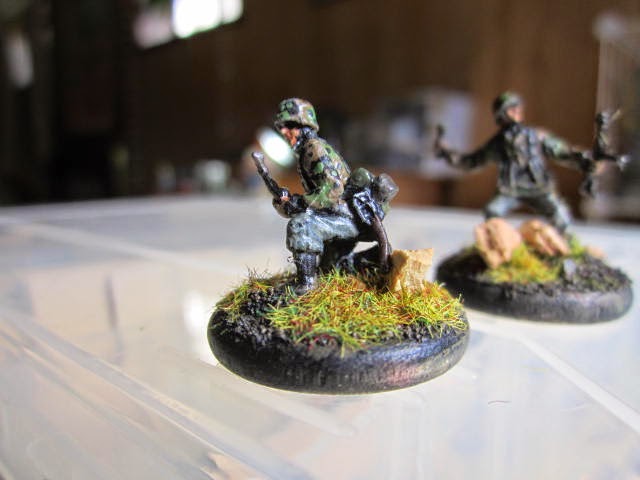 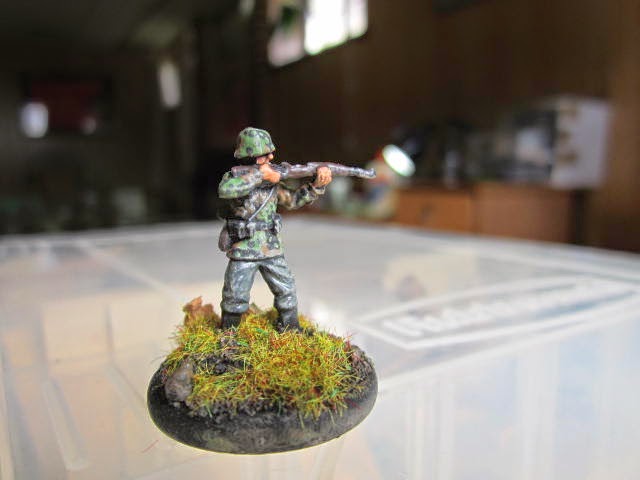 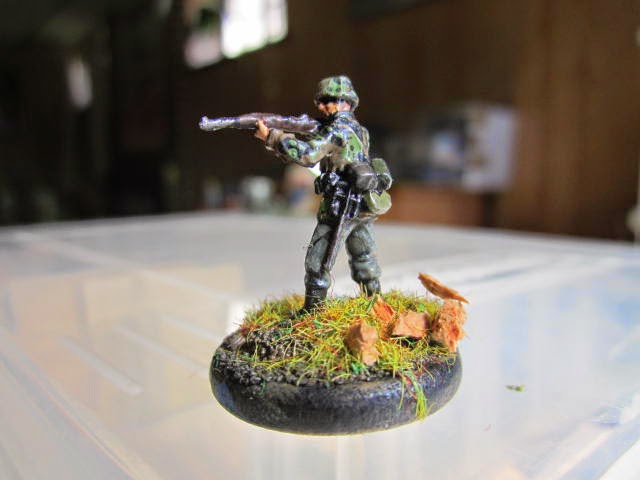 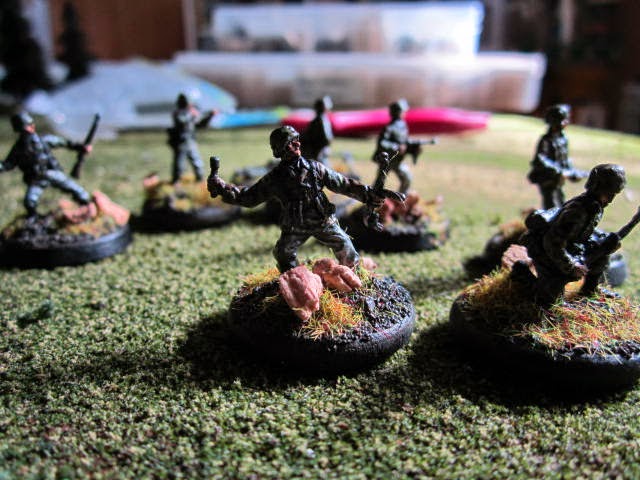 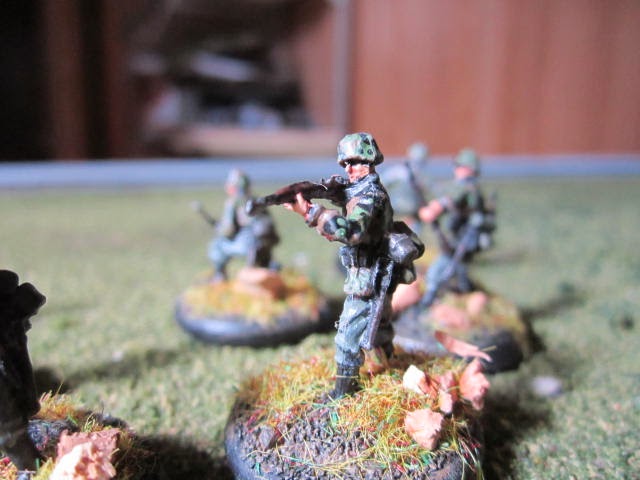 Okay - next up - Paul from Plastic Warriors' awesome trade - M2/3 Bradley IFVs and M1 Tanks for my 20mm skirmish needs.  I have enough for a platoon or two of brads to capture a key highway overpass during the drive on Baghdad!  Stay tuned for that.

Also - a progress report - The Summer of Horse and Musket has not lost any steam as I now have 2 British Napoleonic Foot Battalions based (painted by a different owner and purchased on ebay years ago...) as well as a French Foot Artillery Battery for Black Powder.  I am basecoating another SYW Austrian and Prussian Regiment, and will be painting a Napoleonic French Battalion up immediately after that.

My Rapid Fire 15mm German and Russian Battalion is almost finished with 1 more Russian Company to finish, along with the German Weapons Company and the German Battalion HQs.

For Micro-FLames of War I have 2 Russian Tank Companies finished, along with 2 German Mk IVH platoons, a German Panzer Kompanie HQs, and I'm finally starting my Gepanzerte Infantry Platoon in 251 halftracks.  Why didn't I think of doing Flames of War in 6mm sooner!??!

If anyone has experience with that, drop me a line in the comments box, by the way.
Posted by Disgruntled Fusilier at 10:43 AM