I played a very, very quick game of Modern Battlegroup (Battlegroup: REFORGER) to test out some theories that we were tossing around over the weekend.

This battle began with all units starting on the board (something I've always wanted to try) and was a NATO defend mission with a platoon of M60 tanks and 2 sections of mechanized infantry defending the same ground from our Attack / Counterattack mission this past weekend.

The Warsaw Pact threw 2 platoons of T-72s against NATO.  They had no infantry, air, or artillery support, so this was in a hasty attack of sorts for Ivan.

I wont go into much detail regarding our recommended changes to the system as I will post an upgraded quick reference sheet in a follow-on post soon.  I just thought everyone would appreciate some nice eye candy.  These are my hastily painted Petner Panzer T-72s (huge models! not a good scale for 1/100 or 15mm) and my Command Decision M48s cleverly disguised as M60s!! 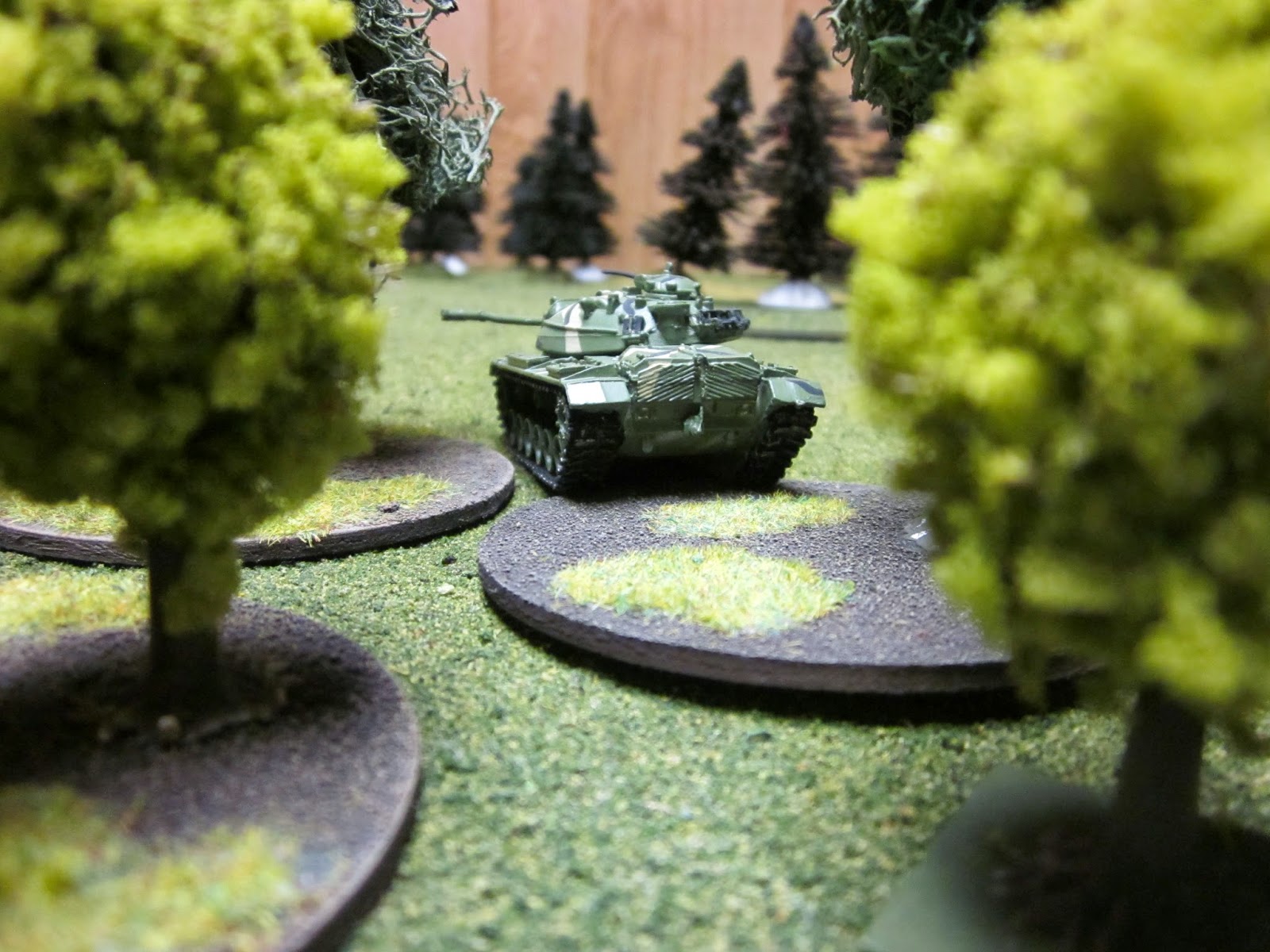 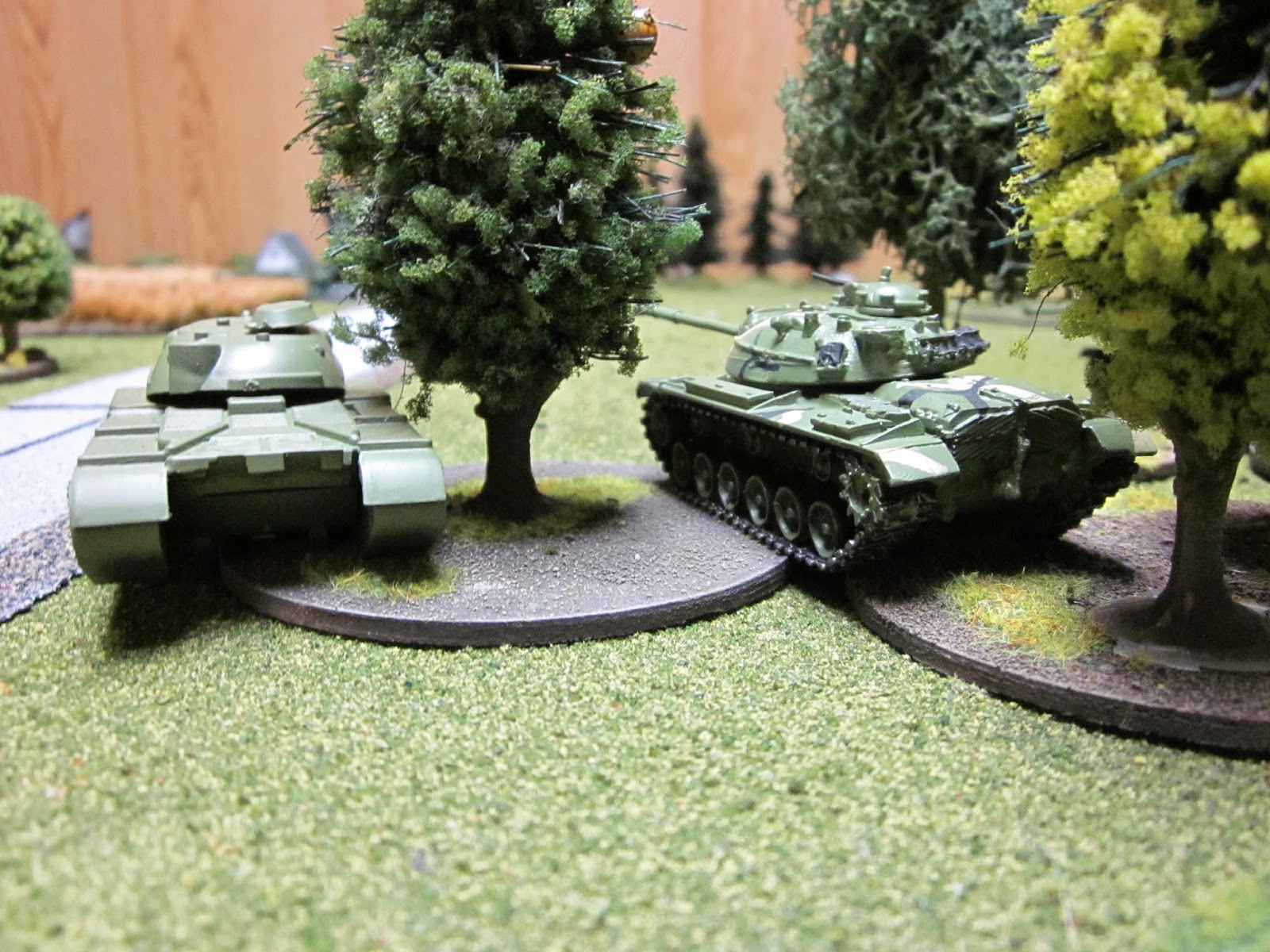 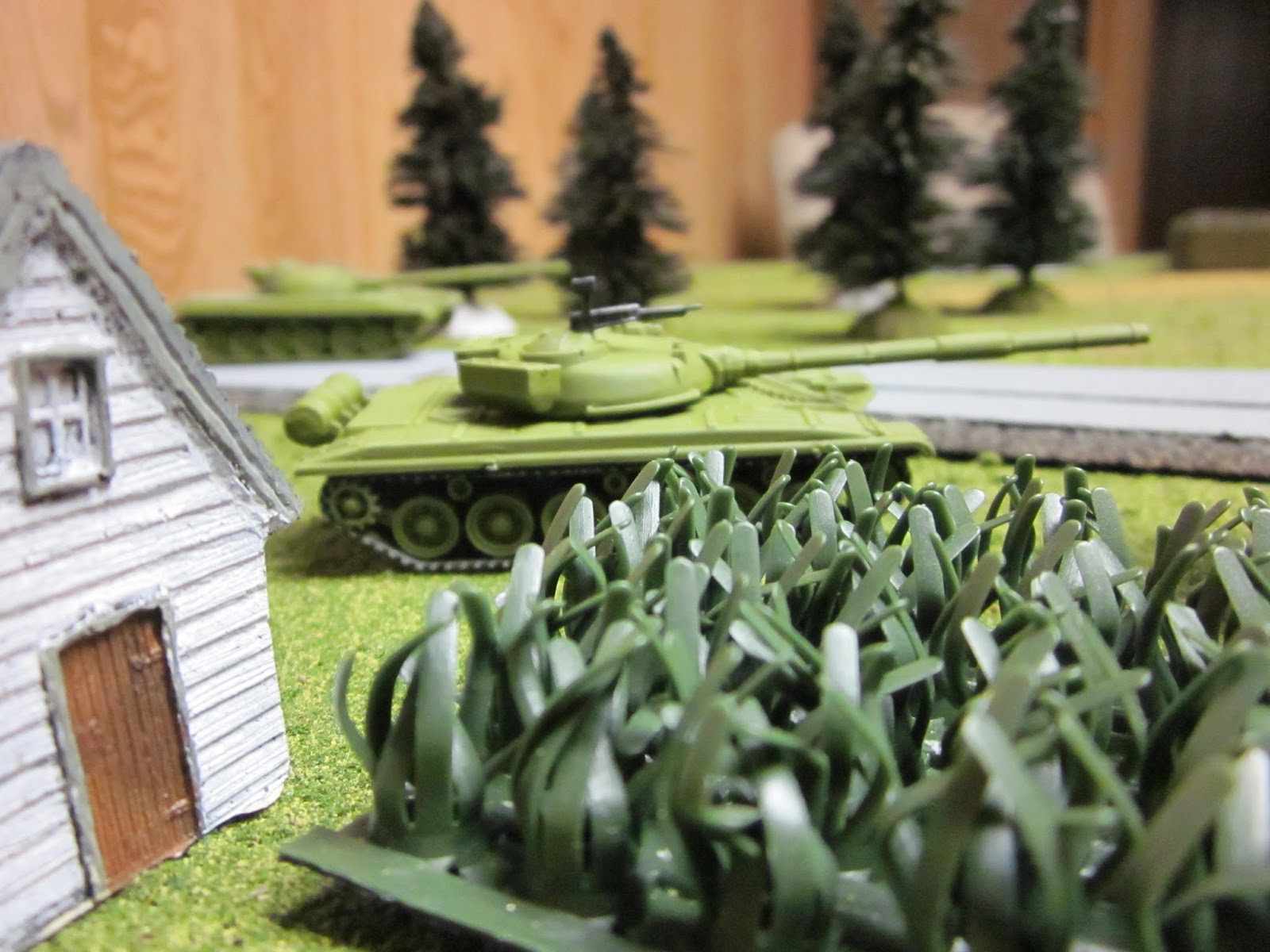 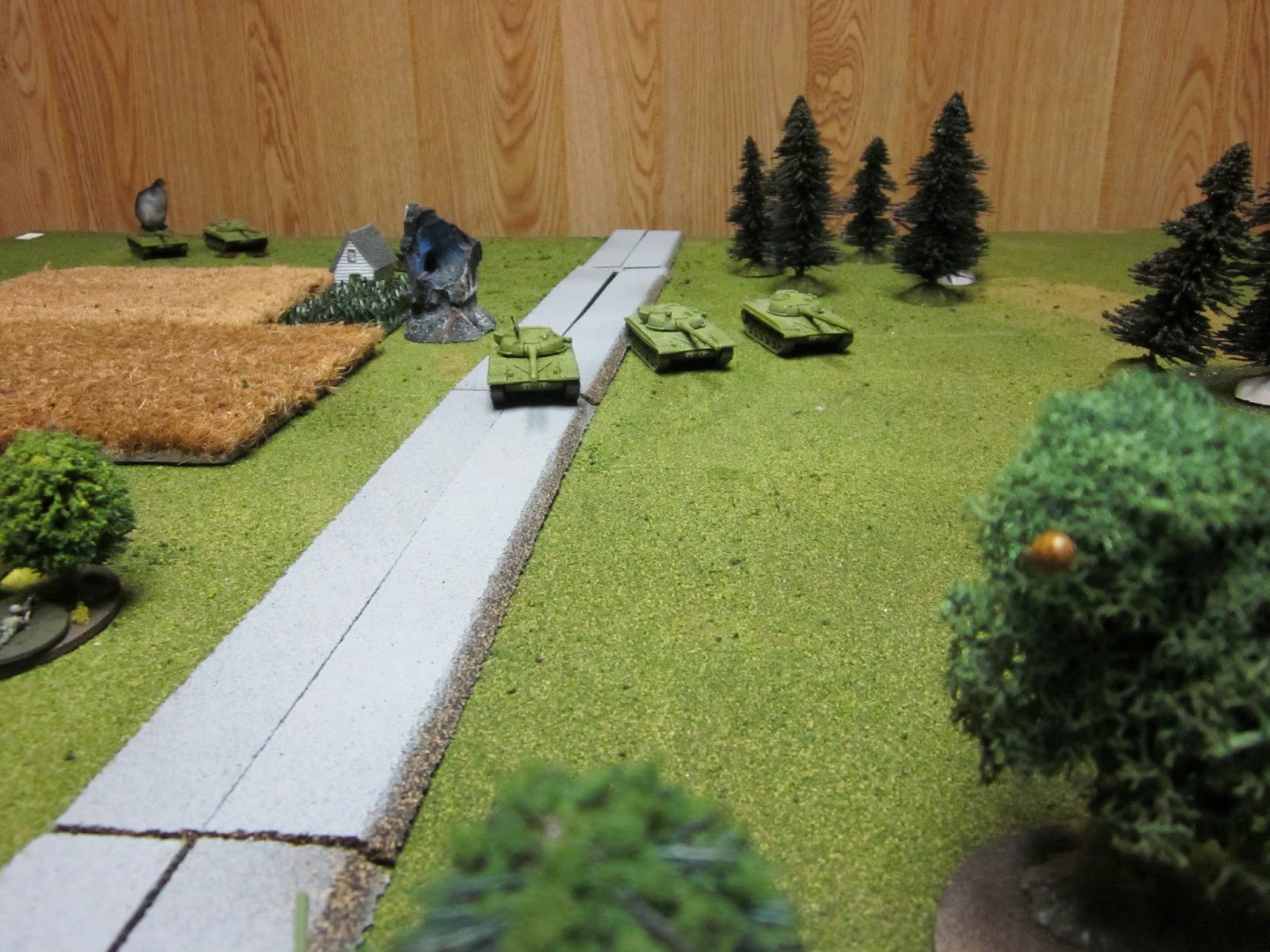 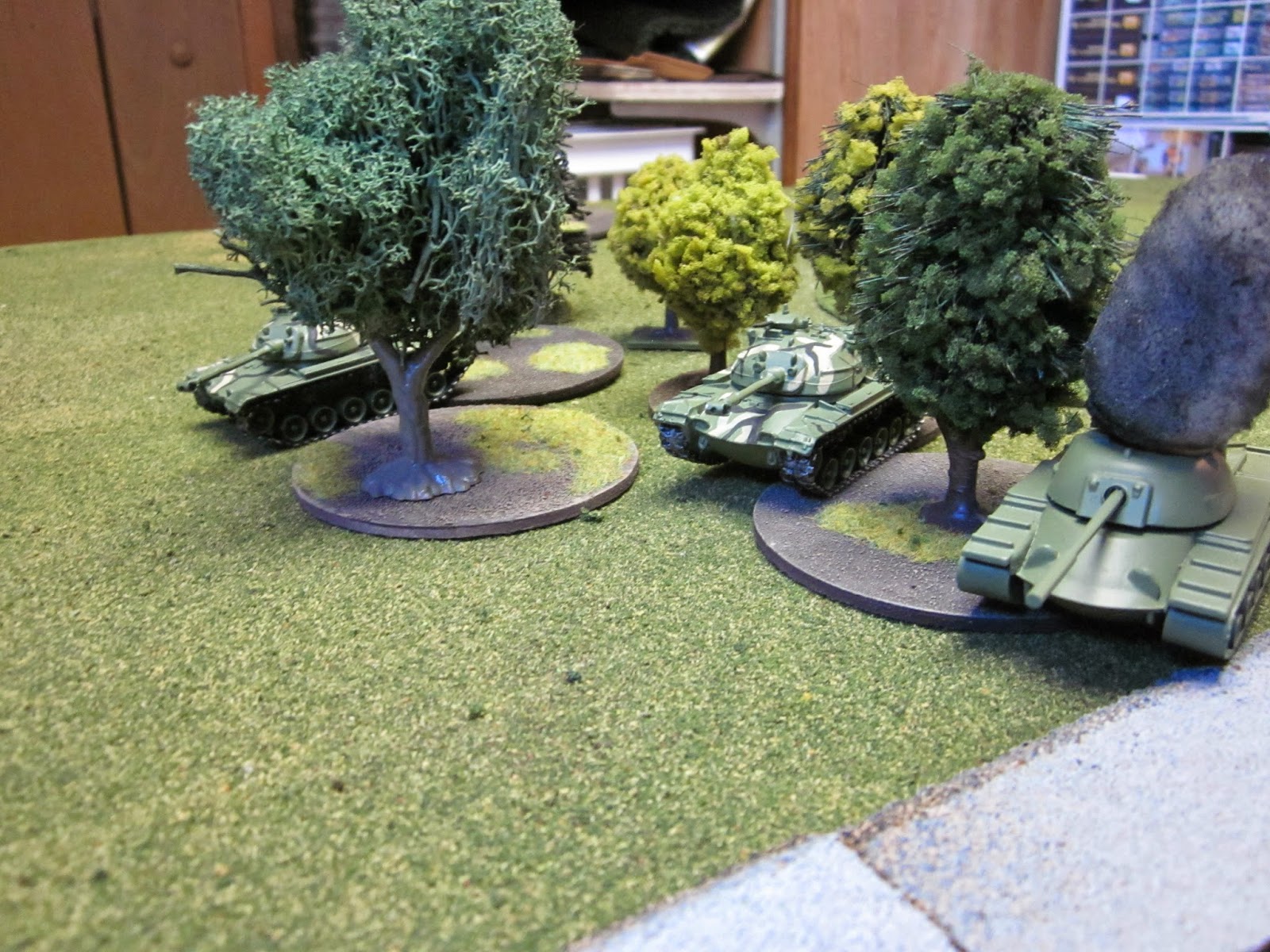 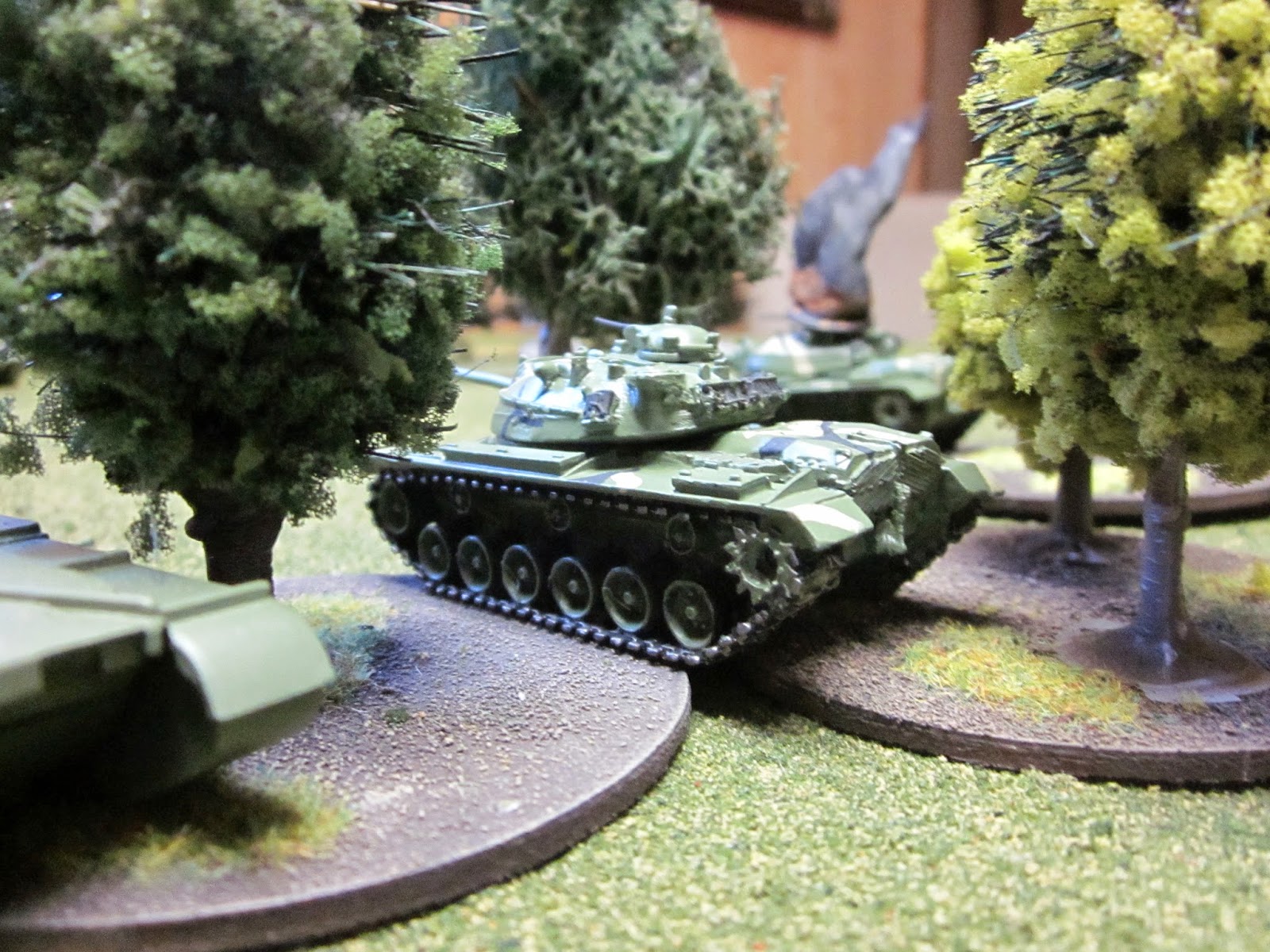 Another great game!  And a sorely needed win for NATO that's for sure.  Out of the last 3 battles, the Reds have won 2 and NATO forces continued to give ground until today with the results coming down to the actions of 1 tank crew and 1 mech infantry squad against a Soviet tank company!  I held my breath for each shot between those T72s and the M60 in the woodline.  The Dragon ATGM actually worked well against the early T72's armor as well.  Thank goodness they had one!

I will need to post the new quick reference sheet with WW3 modifications as well as some new vehicle cards (T72 and M60 MBTs).

I'm supposed to work this weekend but will be reading up on the "Sails of Glory" rules in the hopes of getting a small game in one evening.  Maybe even Axis & Allies Naval.  It will be a nautical weekend for sure, Matey!
Posted by Disgruntled Fusilier at 2:33 PM