My posts have been all over the map lately.  Last night was a Seven Years War teaser, followed by a couple of Canadian Soldiers.  Tonight I'm finally getting around to post my Soviet Forward Headquarters stand for Battlegroup: Kursk.

According to Glantz, Stalin had his "problem solvers" who could go around from Army to Army, Corps to Corps and find out who needed what resources and what problems needed to be fixed (mainly, who gets more air, supplies, and reserve tank divisions).  That was the inspiration for this stand, an obviously high ranking Soviet general, a staff officer, and their radio operator. 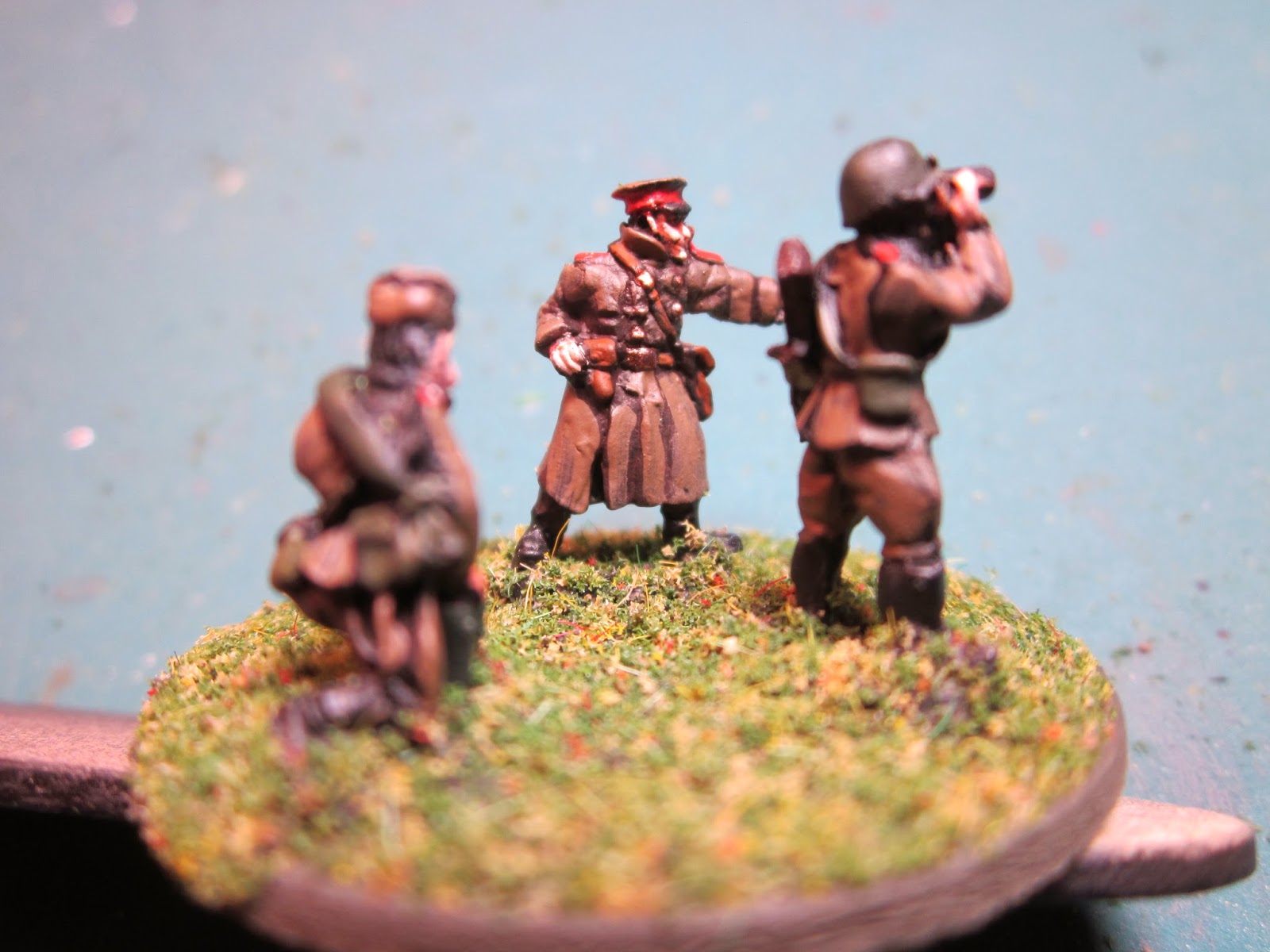 These guys are all Old Glory's Command Decision range from their "WW2 Soviet Command" bag.
They were very easy to paint. 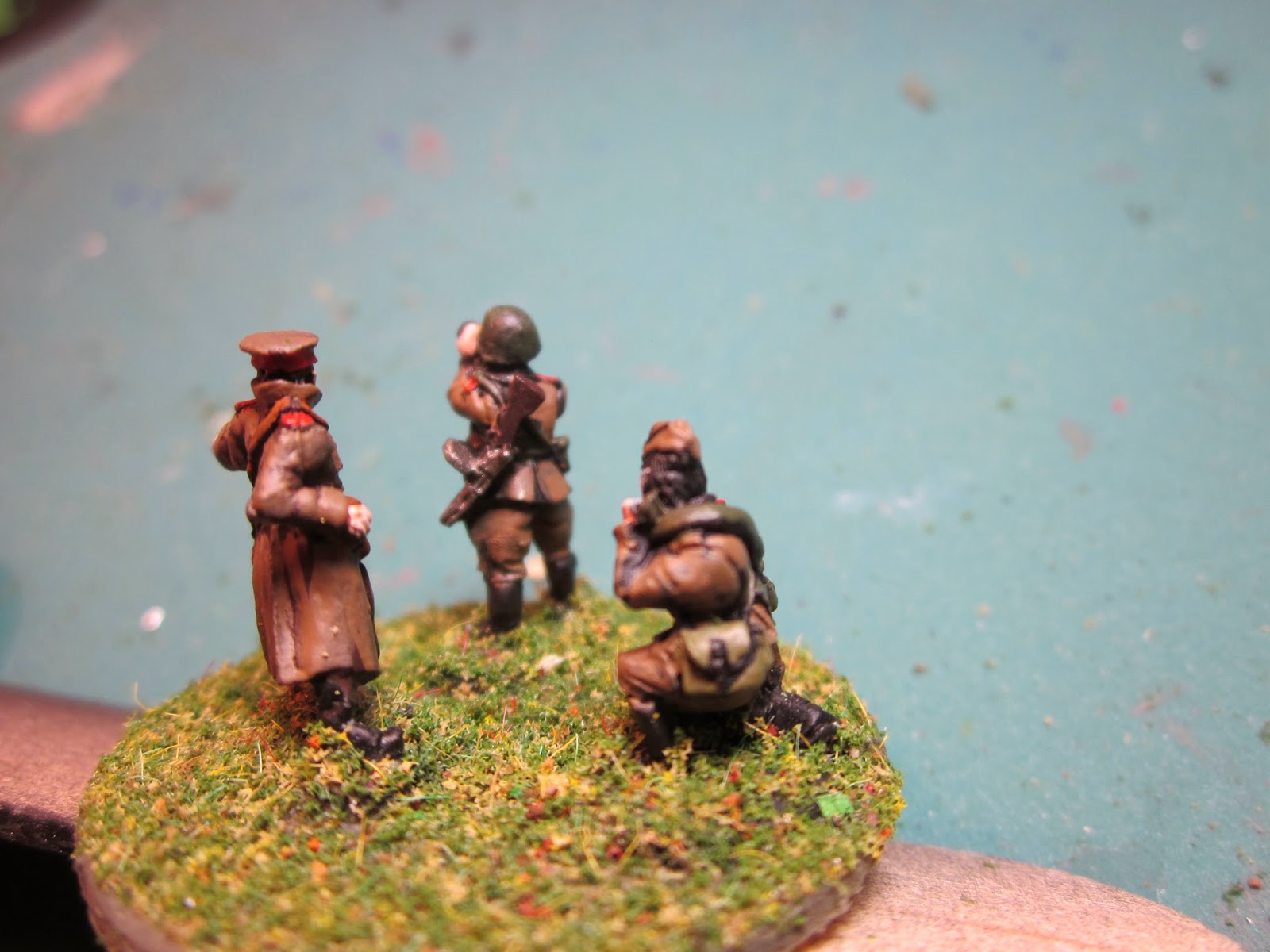 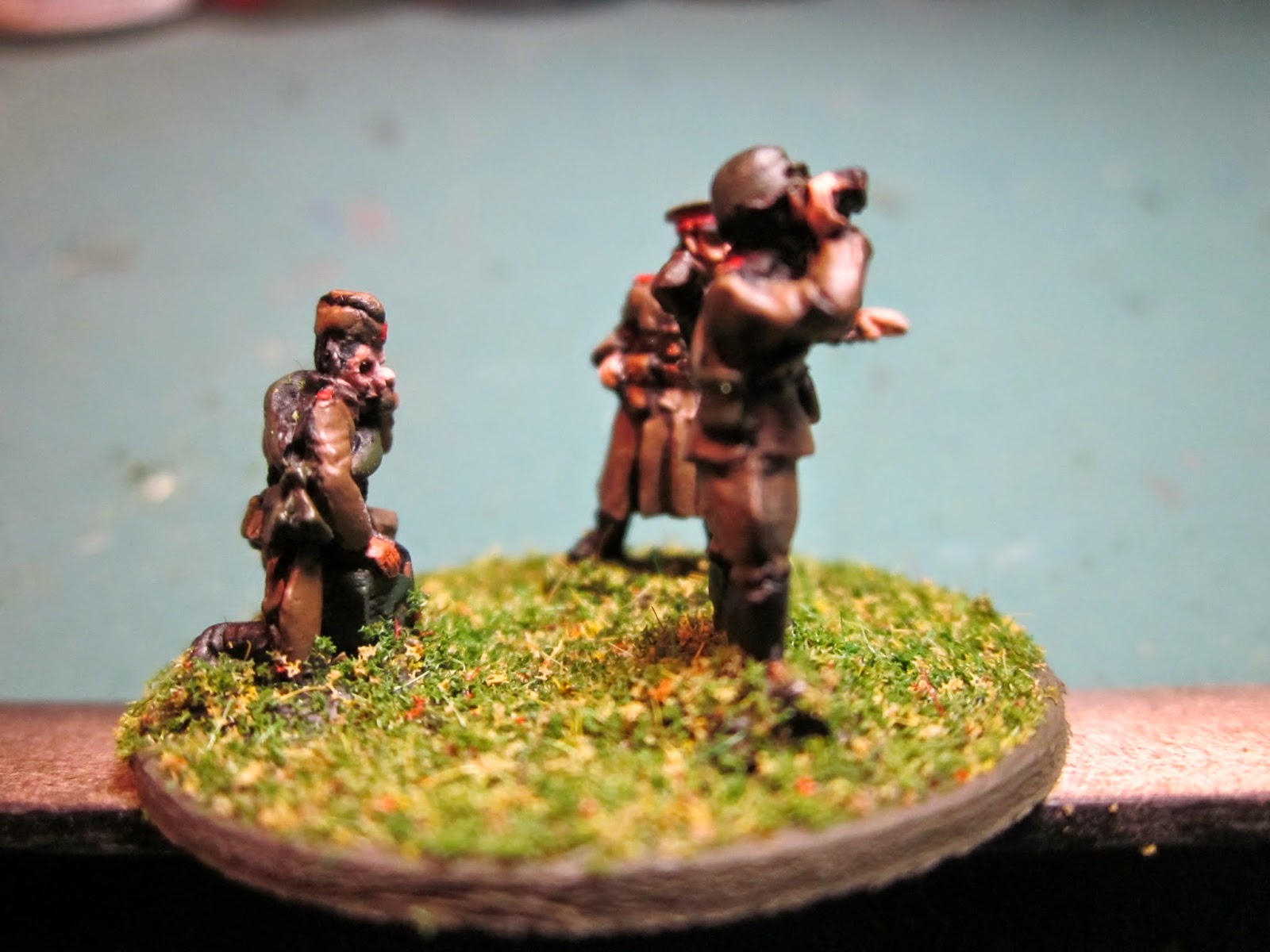