Ken hosted a Volley & Bayonet game of Teugen-Hausen (1809) at his house this afternoon with his outstanding French and Austrian 15mm troops, and I'm pleased to report we got through 6 complete turns of battle. 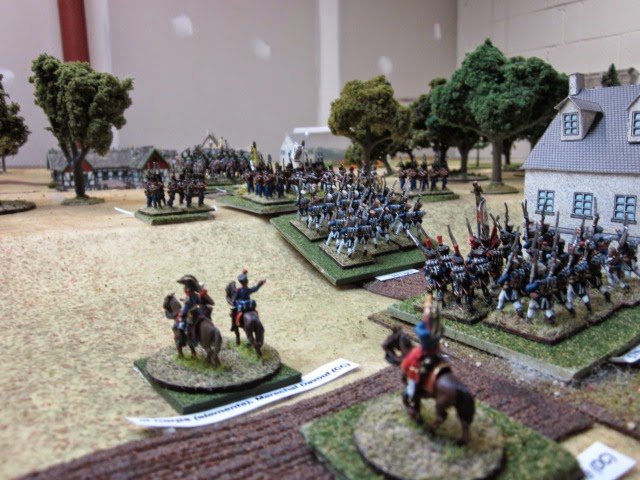 One of the aspects of the game that struck me was the importance of morale and its effects on formations.  This became apparent during and after melees when the French won most of the tie-breaking die rolls in melee due to their high morale (all French formations were Morale 6) and the presence of Elites. 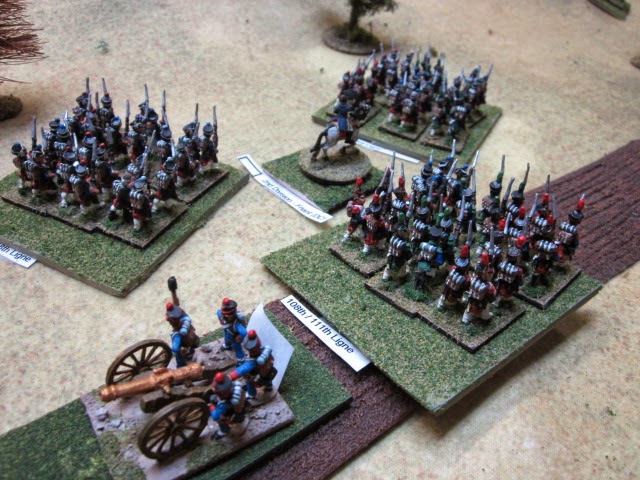 St Hilaire advanced up the heights overlooking Teugen and pushed the advanced guard back somewhat.  Ken threw out his skirmish troops to my flanks and not only threatened my flanks but presented obstacles to any further advances.  This wasn't going to be a walk in the park getting to Hausen! 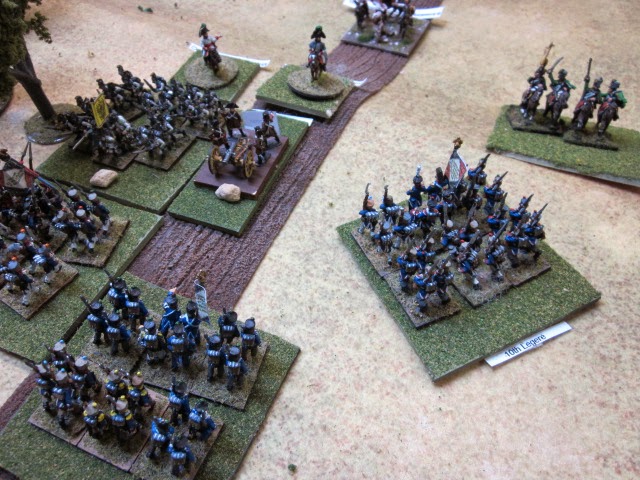 Ken is amassing quite the forces behind the marshy creek in front of Hausen and with St Hilaire's division getting more beat up as the turn clock moves on, I'm not looking forward to launching the assault across the creek!

You have to be careful after a melee because sometimes occupying the ground held by a brigade after a melee may put you out of command.  I could seldom spare the time it would take to get them back into command! 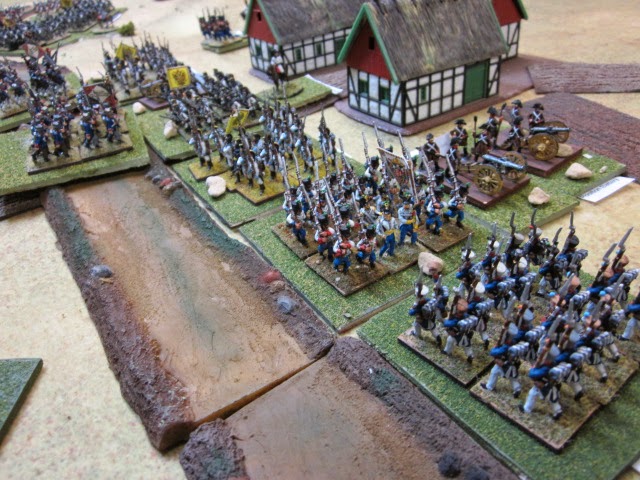 At this point we started rolling to end the battle (which ended with the timely arrival of a thunderstorm).  I did not make the roll to end the game so we will fight another turn!  Can Gudin knock the remaining Austrians out of Hausen?  Can the Austrians exhaust a French Division in time to win the battle? 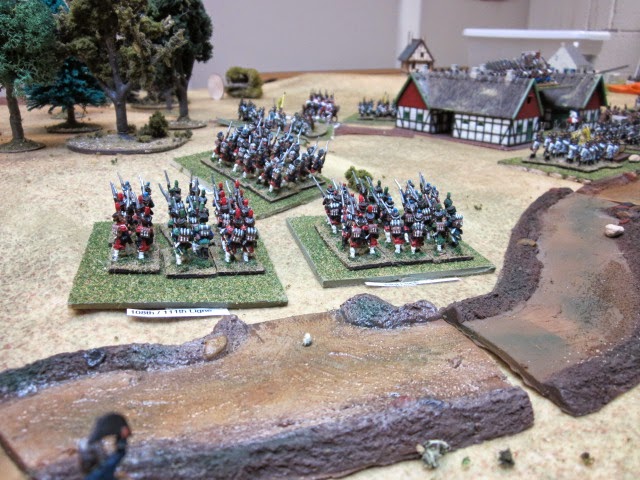 All in all, a fun battle and I'm looking forward to the conclusion.  I personally feel like this will be an Austrian victory but time will tell as there are still 2 powerful French divisions on the Austrian flanks.  Although they might not have enough time to dislodge the tough Austrian forces in Hausen, it's going to be fun to find out!
Posted by Disgruntled Fusilier at 6:30 PM