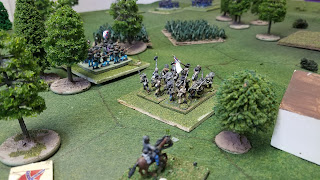 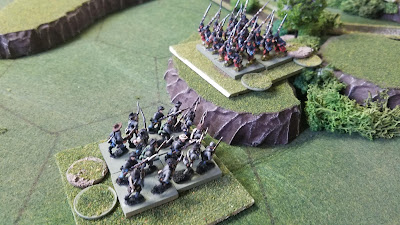 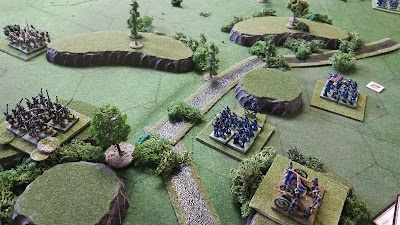 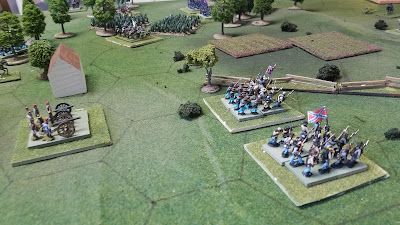 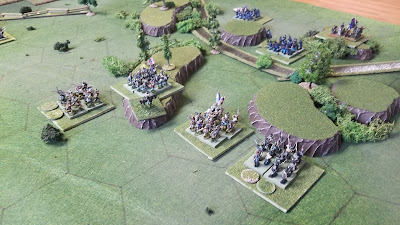 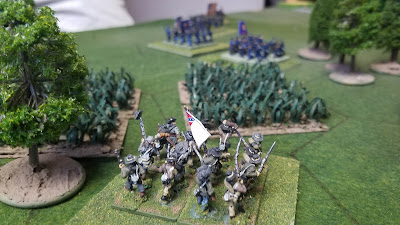 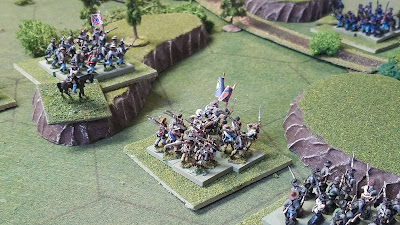 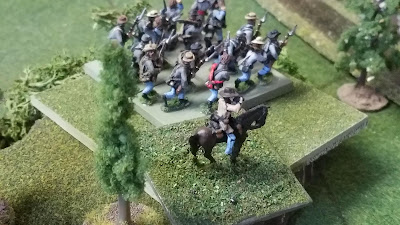 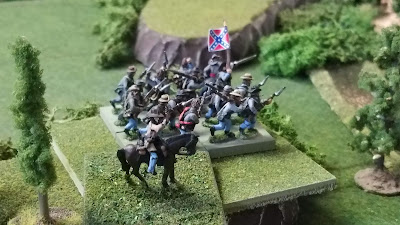 Battle Cry is probably one of the simplest of the Commands and Colors games with many elements lacking that are in the Napoleonic and later versions.  Brian brought over some extra rules he'd found adding some neat flavor (rules for taking ground, different movement and firing values, etc) and I would really like to try those soon.  All in all, a great and relaxing day of gaming.  Can't wait to do more!  This weekend's focus was on the basement re-organization and storing away most of my World War 3 Cold War 15mm stuff (don't worry I'll come back to it soon) in favor of 6mm 1/285 micro armor projects.  Also putting my British WWII forces in storage for the time while I'm finishing up the Americans.  Have been working down in the basement cleaning up for the better part of 2 days!
Posted by Disgruntled Fusilier at 2:22 PM