It's been a week since I posted last but that doesn't mean there hasn't been anything going on over here at SOUND OFFICERS CALL!  This past weekend I did get to play in a "L'Art de la Guerre" ancients game at Ken's house - that coming off the heels of a "Bataille Empire" game, by the same author, also played at Ken's house the week prior.

And no posting on SOUND OFFICERS CALL would be complete without more Napoleonics!  Below are some photos from the Bataille Empire game we played.  I definitely see the similarities now having played ADLG Ancients.  The Napoleonic games are a little more involved I think.  They remind me a bit of Shako.  That would beg the question - why not just play Shako?  Because these are new?!  They were definitely fun and gave a good, tactical napoleonic experience.  I also think the QRS and modifiers the author selected to impose are very well thought out. 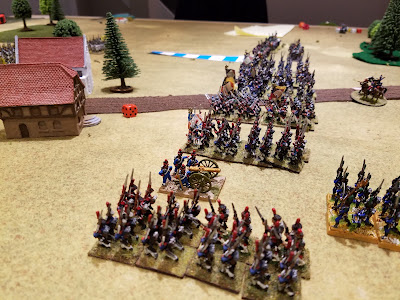 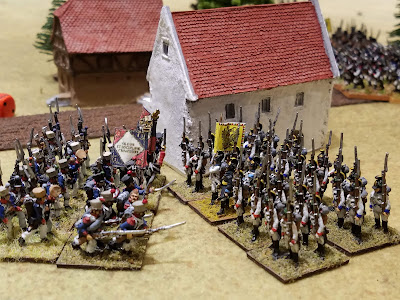 On the painting front, I'm happy to report lots of progress knocking out an Austrian 10mm Cuirassier unit, 4 x 10mm Seven Years War units, 3 x 10mm Napoleonic units, and the rest of my US 6mm Cold War armored units (M60AE3 Pattons and M1 Abrams) for some Team Yankee, Seven Days to the River Rhine, and Battlegroup NORTHAG gaming in 2020. 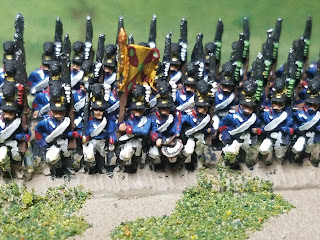 Made HUGE progress with the MicroArmor this weekend, also, finishing up the rest of my Cold War American armor.  M1 and M60 tanks! 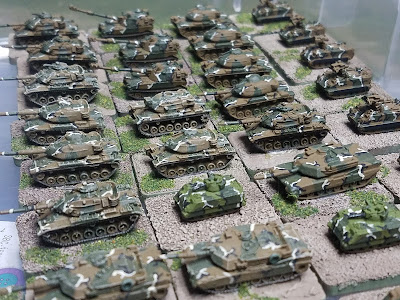 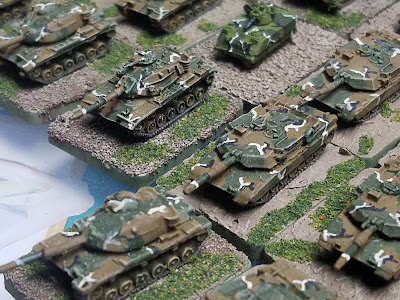 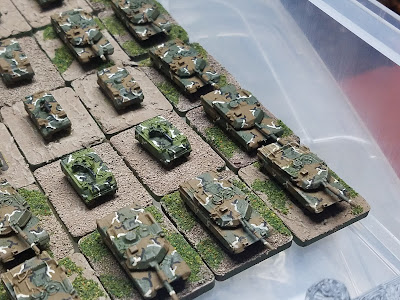 And no American Cold War armor would be complete with these nasties to oppose them... 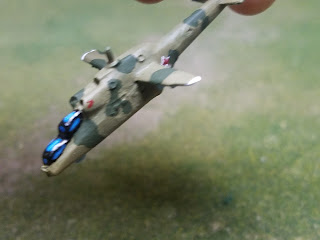 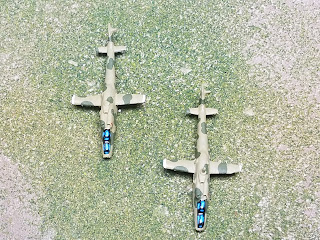 And how about some Pact Armor to go with that order?

And speaking of SYW, tomorrow for my "Neil Thomas Tuesday" I will be putting the EAGLES CHEAPER THAN BRAINCELLS (my Grand Tactical take on One Hour Wargames) on the table but for the Seven Years War and playing the OHW scenario #4 "Take the High Ground" which I randomly diced for but also happens to be my favorite OHW scenario.  Think of tomorrow's game more as an experiment for playing ECTBC with single-based unit stands.  Stay tuned!
Posted by Disgruntled Fusilier at 3:47 PM