Soviet WIP and Shipping an Army!

Happy Sunday gaming fans - not much gaming going on this weekend however a flurry of activity in the gaming bunker!

I finally finished up those Soviet Corps AT gun assets for the upcoming FIRESTORM: PONYRI campaign.  Now I just need to complete the German guns and Nebelwerfers and we'll be all set! 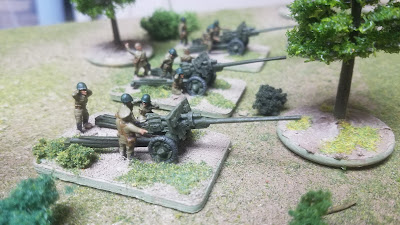 I had been wanting / needing more Anti Tank firepower for my Soviet infantry to hold out against the Panzers and these guns will be just what Dr. Stalin ordered!  The models are resin casts from "Game Models" (link on the right hand side) and the price is definitely right for these bad boys.  Crew are mostly Plastic Soldier Company from the Soviet infantry and heavy weapons boxes, and some command decision figs in there for good measure. 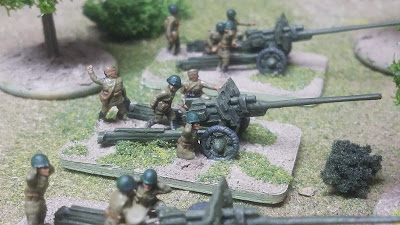 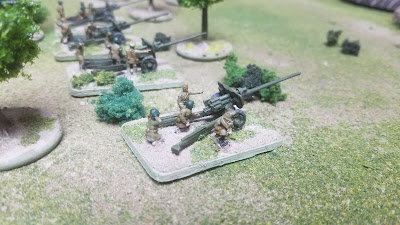 Next up - Shipping an Army - or rather several Armies!  As I put my Napoleonic 15mm all up for trade with "Just Jack."  Turns out Jack was looking for a "Ready to Fight" Army right out of the box and I was looking to unload my 15mm Naps for quite some time now.  It's interesting to note that the French and British here I've owned since 2004 and were my first-ever Napoleonic minis!  I'm happy that they're going into good hands and am hoping Jack gets some good use out of them.  Split into 4 "march serials" or "march columns" will be my 15mm French Army, 15mm Anglo-Allied Army (Peninsula/Hundred Days), 15mm Bavarian Army based for 1809, and a small Spanish contingent.

Also hundreds of loose painted and unpainted figs are headed down to Texas.  Jack will have everything he needs to fight right out of the box, he'll just need to add some heavy cavalry for both sides if he wants.  He'll also need to provide some Austrians to fight the Bavarians, unless he wants to do 1813 campaign, in which case the Bavarians can fight the French as-is! 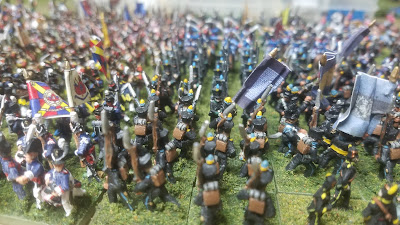 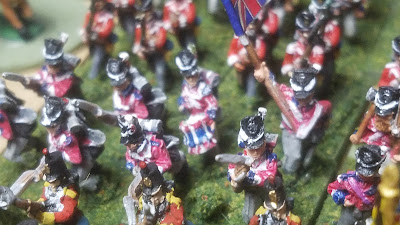 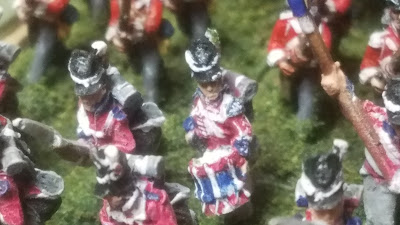 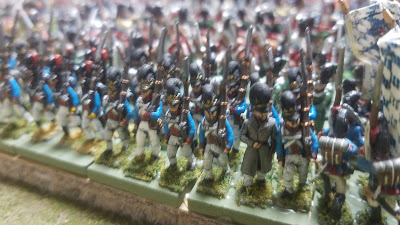 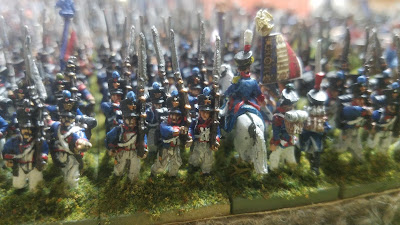 Also - you will notice my lights/skirmishers are individually based for ....well...skirmish fights!  I've always loved the idea of some Sharpe-esque action fighting for a bridge or a farm or some other small unit action.  Jack will be able to have a great skirmish action set in the Napoleonic era with these guys.

Now here's hoping they all get there in one piece!  The units have all been glued to a massive sabot to go into the box.  Next step will be gluing the sabot to the box and putting bracing materials in the box.

So that's all for now.  I still need to play a Firestorm: Ponyri campaign game and see how it turns out.  I plan on posting that next.  I also finished another batch of US WWII infantry, and Team Yankee microarmor!

Posted by Disgruntled Fusilier at 7:01 AM