Soviet God of War and other WIP

Wow it's been a long time since I dusted off the Soviet big 122mm guns that I ordered last winter but with the impending FIRESTORM: PONYRI campaign coming up, they'll be of the utmost importance, serving as a Rifle Corps or Army level fire support asset! 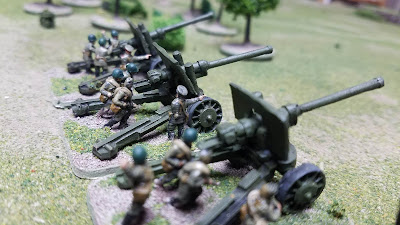 and saving the best until last, here are some Work-In-Progress shots of my American WWII infantry.  Most are battlefront with some Peter Pig and Command Decision in for good measure.  This will be 3 full platoons along with a heavy weapon platoon, and AT gun crews.  LOTS of firepower, courtesy of your Uncle Sam and "the Green Machine."

The Americans need their kit and weapons painted, along with gaiters and boots, unit patches and some rank but so far the project is coming along nicely.  Once the infantry is finished I can start on the tanks. 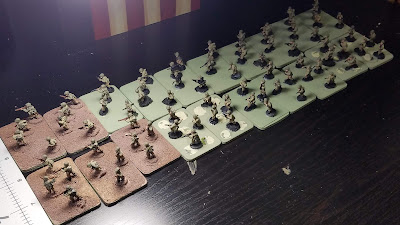 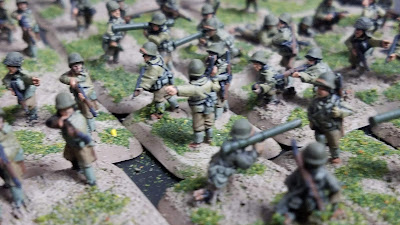 That's all for now!  Gratifying progress so far!

Posted by Disgruntled Fusilier at 4:19 PM