This week both Alex and Ken turned in their orders to me for the Ponyri Campaign game we're playing.  Today I hosted the first tabletop game of the campaign at my house - the Battle of Buzuluk, which is a strategically located sliver of ground on the way to Ponryi.  Control of it isolates an entire Soviet regimental sector to the north of it and brings the Germans one step closer to Ponyri.  Fighting in person were Ken, Alex, Brian, and Mark.

While there were 3 other battles being fought (Hill 242.2, Kastenwald, and the Soviet thrust against Maslovo) I decided to play out Buzuluk due to more "parity" between both sides.  Alex committed his Pioniere platoon and heavy artillery, both firestorm resources, to Buzuluk.  Ken committed his T-34 tank company to Buzuluk and given that Ken did not commit elsewhere, this was the closest battle in terms of combat power.

It's interesting that in this battle, the exact opposite of what I thought would happen...happened.  Teh Germans defended while the Soviets tried their luck at assaulting! 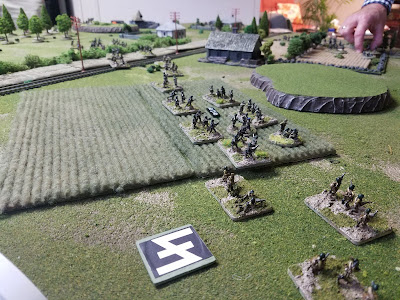 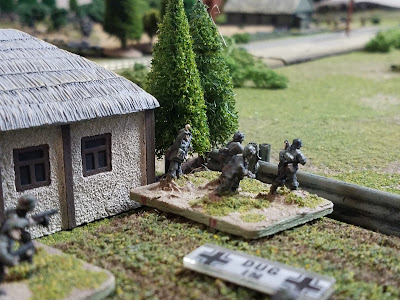 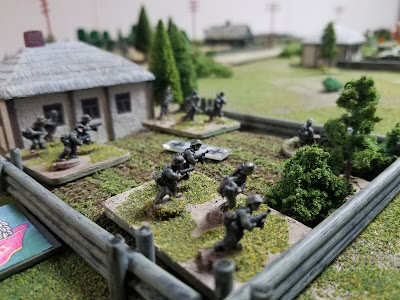 The Germans got a steady stream of reinforcements.  The Soviets didn't begin rolling until turn 3 but afterward, seemed to get all of their reinforcements including the infantry "assault group" dressed up like Naval Infantry, the tank company, and the AT gun company. 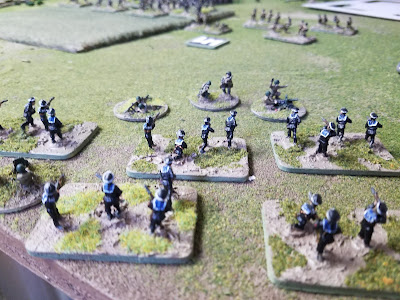 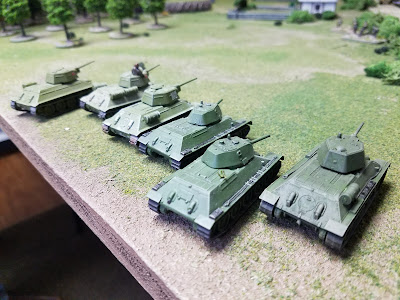 Alex and Mark were good at massing their fires and using indirect fire and crew-served weapons to lock down the open areas on the table.  Wherever the Soviets went they got pinned.  A lucky break in a turn enabled a Soviet "Hero" Rifle Company to move forward! 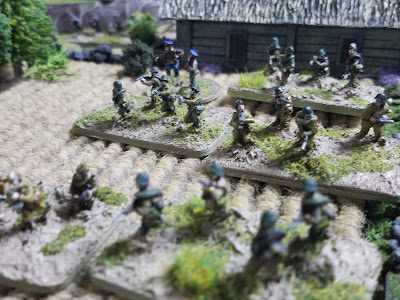 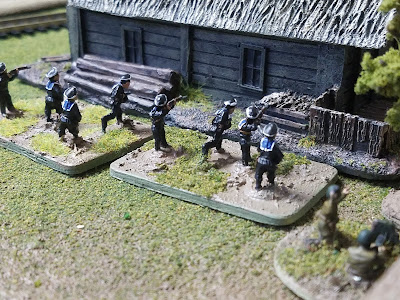 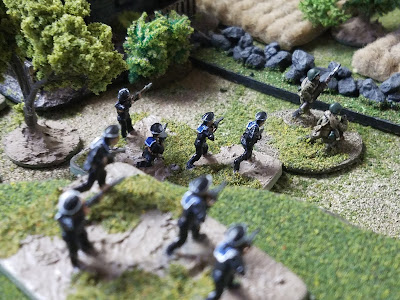 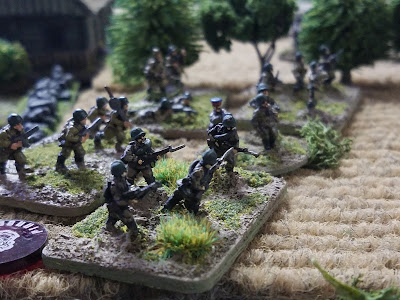 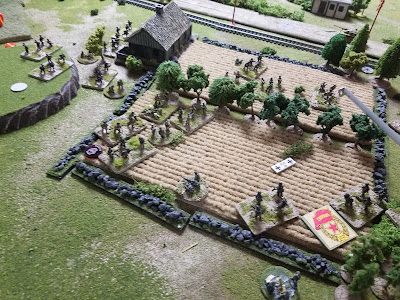 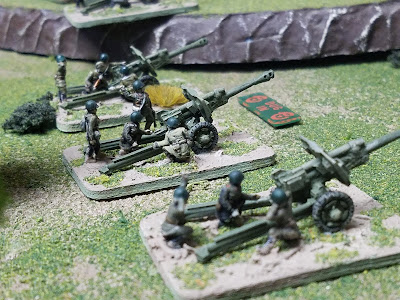 The assault on the far right was stopped dead in its tracks by the Germans who destroyed a number of teams.  In the center, the Soviets pushed into the German positions and forced a platoon back.
Ken had to leave at this point and transferred command to me....we all know what happens then!

Alex, who noticed the Assault Group Naval troops had advanced up to the house, decided this was the moment ot win the game.  A Soviet objective was undefended and only a 1 turn march at dash speed from the Pioneer troops, who won battle honors by rendering the entire Soviet position untenable today!  While they couldn't occupy at dash speed, they were literally a turn away from contesting and my troops would not have made it in time.  Sorry, Ken! 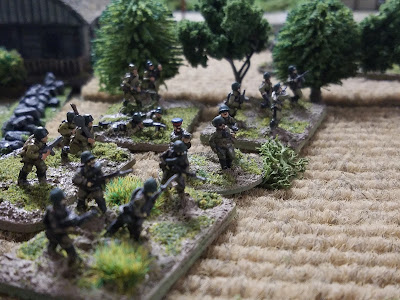 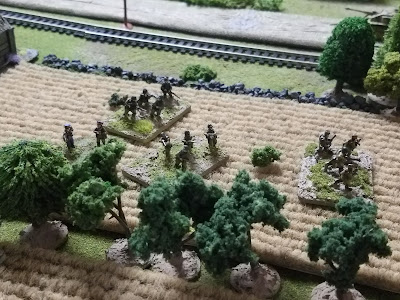 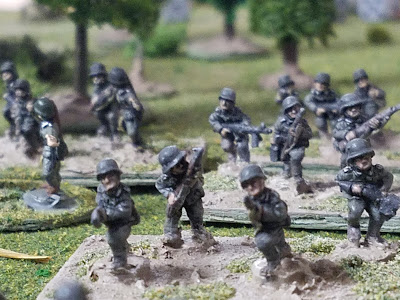 Results!
So Buzuluk went to the Germans today as did their other attack objectives as well - Hill 242, Kastenwald, and Maslovo, which we diced for.  The Germans won all of their Day 1 battles on schedule.  Interestingly, they also lost a mixed Panzer III/Panzer IV platoon in the Maslovo fight.  They were the only ones to lose a firestorm unit this week.

The map has been updated and is below.  I'm really hoping Brian and his crew play out one of the games over the next few weeks.  The more games being played, the happier I'll be (and then someone's fate won't rest on ME rolling a D6!)  Note that Tank Hill and Kleninskoye are cut off an have an "S" in them for supply check reminders.  So far, I'm very happy with how the campaign has gone on turn 1.

Flames of War worked well but I'm still keen to try some other games in the mix as well, like Battlegroup, the Neil Thomas rules from "Wargaming: An Introduction" which to me is like "Battlegroup Lite", Alex's Up the Blue rules, and even Bolt Action.  The sky is the limit!

Looking forward to more games coming up!  Wanted to also extend a hearty thanks to Ken, Alex, Brian, and Mark for stopping by today and for their patience as we relearned all of the nuances of Flames of War again.  I hope the teams had fun today. 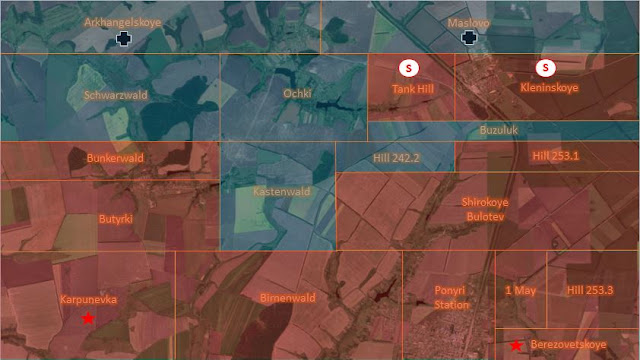 Posted by Disgruntled Fusilier at 6:56 PM