Unit: Continental Artillery Detachment / attached to Heard's Brigade / Continental Army
Mustered into Service: unknown
Battle Honors: Defensive Action during the Battle of Long Island, August 1776
Citation:  Continental Artillery Detachment attached to Heard's Brigade during the Battle of Long Island is posthumously awarded a Meritorious Unit Citation for conspicuous gallantry for their heroic defense of the Continental hilltop position overlooking the bridge at Shoemaker's Farm in support of Heard's Brigade.  The detachment, with its 6 lb'er guns, was sited along a high-speed avenue of approach towards the Continental position and defended the northeast portion of the hill from relentless British attacks by regular troops.  Time and again, the detachment beat back or defeated multiple coordinated assaults against their position with shot and continued their defiant stand even after their infantry supports were forced back.  The detachment weathered more than 6 direct assaults by British infantry battalions against their position, and countless volleys by formed British regulars but remained in position, determined to protect their guns.  Their courageous stand held up the British advance and bought precious time for a secondary defensive line to be established south of the hill.  Their actions reflect great credit upon Sullivan's Division, the Honorable Train of Artillery and the Continental Army.
Unit: 1st Company / 1st Battalion, 1043rd Rifle Regiment, 284th Rifle Division "Tomsk"
Mustered into Service: Summer, 2012Battle Honors: Defensive Action during the Stalingrad Outskirts Battles 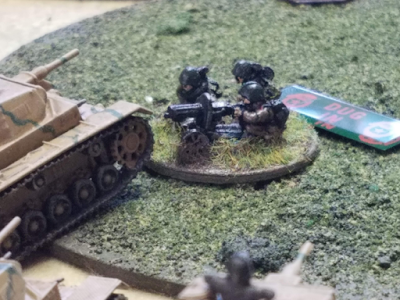 Citation:  Soviet "Maxim" Machine Gun team is posthumously awarded a Meritorious Unit Citation for conspicuous gallantry for their heroic defense of the farmstead woods during the Stalingrad outskirts battles in December, 2020.  The first battalion was posted at the gates of the city to hold off the Fascist attackers.  The first company defended the woods along the approach to the central train station.  It was in these woods that the elements of the 1st Company made a dogged and determined stand, holding off the German panzers as they made attack after attack against their dug-in positions.  The team weathered more than 12 direct hits on their position and continued to resist.  With most of the company out of action or pinned down, including the commander, the 1st Company's MG team continued to resist shot after shot and returned effective fire against the invader turn after turn, succumbing only to a direct assault and overrun of their position to which they continued to resist.  Their determined stance held up an entire German company and tied down German resources to quiet their gun.  Their actions reflect great credit upon their regiment, the Tomsk Division, and the Soviet Red Army.
Unit: Erzherzog Joseph DragoonsMustered into Service: Summer, 2015Battle Honors: Rearguard Action occurring August 2020, One Hour Wargames Scenario #20 (Fighting Withdrawal)
Citation:  The Erzherzog Joseph Dragoons are awarded a Meritorious Unit Citation for conspicuous gallantry for their heroic counterattack into the flank of the Prussian Infantry Corps during a rear guard action in which the Austrian Army was defending a ridgeline in order to hold out against Prussian pursuit.  The Austrian Army, in a general withdrawal to friendly lines, was confronted with a much larger Prussian infantry force and was obliged to give battle to defend key terrain.  To buy precious time for the Austrians to hold out against a vastly superior force, the Austrian Erzherzog Dragoons, in classic cavalry fashion, launched a charge on their own accord into the flank of a Prussian Infantry Battalion causing its immediate routing and destruction.  The violent and swift assault assisted greatly in evacuating remnants of the Austrian Army and is in keeping with finest traditions of the mounted arm of service.  Their actions reflect great credit upon their regiment, the mounted arm, and the Austrian Army.
Unit: Battery B, 1st Illinois Light Artillery
Mustered into Service: Winter, 2016
Battle Honors: Battle of Shiloh, 1862 (Fought July, 2020) 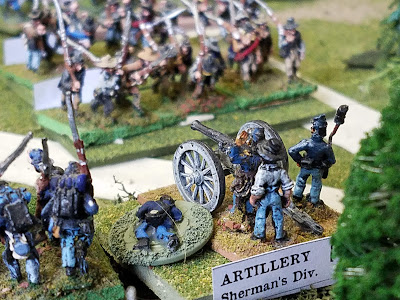 Citation:  Battery B, 1st Illinois Light Artillery is awarded a Meritorious Unit Citation for conspicuous gallantry in the face of withering enemy fire during its participation in defending the Union line north of the sunken lane at Shiloh.  CPT Ezra Taylor, battery commander, sighted his battery in a position to which is was most advantageous to support the defense and reorganization of the Union line as it withdrew from "the hornet's nest" at Shiloh.  Covering a much fatigued and battle-shaken brigade from Sherman's Division from a Rebel assault, B Battery fired double-canister at extreme close range while the Rebels advanced to the muzzle of their guns.  The continuous fire caused severe casualties within the Rebel ranks and effectively ended the attack of Gladden's Brigade of Withers' Division.  This action bought precious time for the Union defensive position to reorganize itself north of the Sunken Lane.  Their actions reflect great credit upon their Battery, the 5th Division, and the Army of the Tennessee.