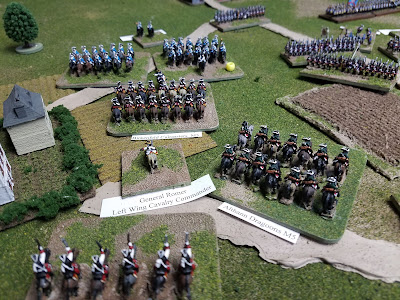 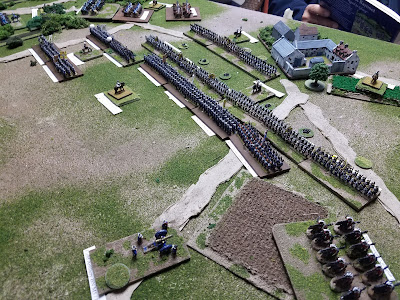 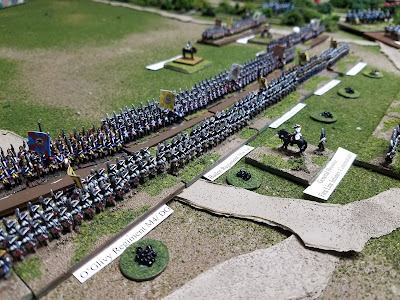 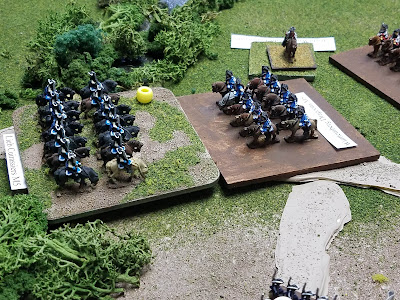 Seems like March and April are pretty much no-go months for me when it comes to hobby time.  The vaccine push is in full effect and naturally I'm right in the middle of all of it so gaming naturally has to take a back seat.

The plan for March was Seven Years War and I had planned a big Neil Thomas 15mm SYW bash, as well as my triumphant return to the Volley & Bayonet rules with a planned Mollwitz-1741 game.

I don't have to remind everyone what happens to the plan after first contact with the enemy!  Anyways, the Neil Thomas bash is off, but Mollwitz will still happen, just clearly not in March.  Between Ken and I, we have enough forces for the small-sized Mollwitz 1741 scenario from the Volley & Bayonet page.

March wasn't a total write off, mind you.  I still was able to paint up more SYW units, and rebase my existing units, plopping them on 3" x 1.5" bases for Volley & Bayonet to serve as linear regiments, after sadly ripping them off of their 4"x2" big bases.  I cried when I did that but it's for the greater good - IE being compatible with friends' collections as well as my own.

I plopped a few units on the table last night for a practice game of Volley & Bayonet to re-acquaint myself with the rules.  Turns out there's alot I forgot!  Both sides test morale every turn under certain circumstances, dedicated / battalion guns, rout rules, and recovery from disorder being a few among them.  Also stationary infantry are lethal.

Trying not to be too hard on myself since it's been about 7 years since i've played it :)

I also realized yesterday that the anniversary of Mollwitz is April 10th - so perhaps if I can squeeze a few hours off work next weekend, we'll fight out Mollwitz close to the original battle date!  Always fun to acknowledge the historical battle.  And speaking of historical battle, do I have exciting news for you guys.

Ken, Dave, and I are going to be refighting Eylau in all its massed, 10mm Napoleonic glory.  We're setting the date for February, 2022 for the game, and hoping to host it at Cold Wars '22.

That should give us enough time to paint up the roughly 80+ brigades required!  Dave is going to paint up the Prussian contingent, with Ken taking the Russians.  I will be assembling the French.  Ken and I have talked about using Volley & Bayonet for that game and I am absolutely thrilled at the prospect of planning a huge Napoleonic battle on the table, in a blizzard!

Anyways that's it.  Hope to post on and off through April but I have a feeling it will be like last year with me trying to squeeze in the odd post here and there.  I've even been eyeing up the boardgame collection on the bookshelf like a pirate eyes up that pistol with the single shot he's been given after being marooned...

I will definitely post a battle report from the Mollwitz game, though, whenever we get to play it.  Happy, joyous Easter if you celebrate!

Posted by Disgruntled Fusilier at 8:56 AM 13 comments: