All day at work today I was thinking about laying out the table for the upcoming Stalingrad Rapid Fire mega game on July 4th.  I sketched out a map in my head for what should go where and I'm fairly certain there will be an industrial section, a residential section, and a commercial or office section of a city. 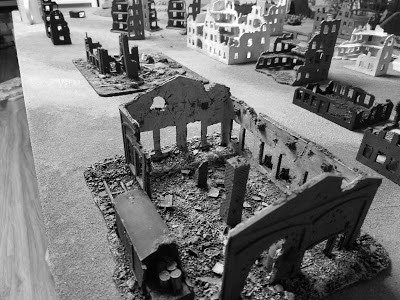 When I got home I cleaned up some things and decided to lay out my partially completed Terrains4Games buildings, the railway and throw the German infantry on the table to see what it looked like.

It became instantly apparent that I still have ALOT of work to do over the next few days!  Including:

Another thing I noticed is that the rubbled pieces should still be laid out around a grid pattern to the greatest extent possible or it won't look like it used to be a city. 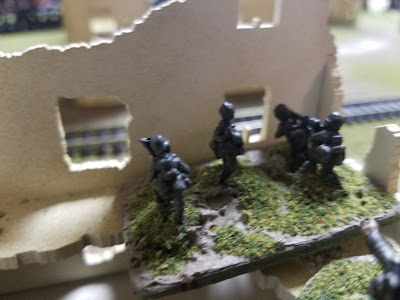 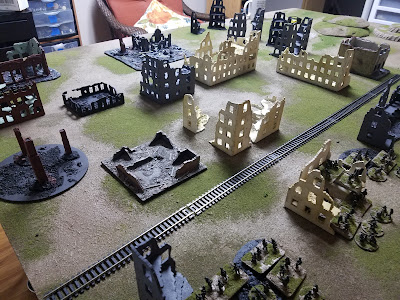 Tomorrow I have work to do around the house.  After that, getting ready for one more big push in anticipation of the July 4th game.
Posted by Disgruntled Fusilier at 10:08 PM 2 comments:

As many of you can tell lately I've been really geeking out over Stalingrad and tonight's post is no different.  Tonight I'll be looking at some scenario options for Stalingrad.  I don't really have this post planned or thought out.  It's basically a collection of inspirational materials for my thoughts as I move forward with the project.

One big issue I've been coming up with is a lack of good wargame scenarios for Stalingrad.  As in I can't seem to find many good ones out there.  If anyone has any suggestions, I'm listening!


I've been struggling a little with which piece of real estate to fight over in the city.  There are so many interesting and intense engagements that took place within the city over a myriad of objectives including the massive Grain Elevator, the Tractor Factory, the Red Barricades Factory, the Nail Factory, the shopping center, etc.

Right now out of all of those buildings, I actually own the Red Barricades foundry.  Pretty easy decision right?  Well, the factory complex itself was a collection of buildings and halls so I could technically recreate the push against the factory like in the excellent "Storm of Steel" Blog by Abwehrschlact:

The other option is the bathtub option which "Dr Phalanx" and the Balagan sites have done to such good effect, cramming many of the key terrain from the "real" Stalingrad onto 1 table simply to evoke the feeling.  By including many structures both big and small, they're able to successfully recreate Stalingrad on a small table by having features that are taken right from the battle like the forest of chimneys, mill, etc.

Both options need many structures (no problem) but each option is tailored to a specific rule set.  In this instance, Rapid Fire and Crossfire respectively.  I'm going a different route by using the very simple Bolt Action rules in 15mm with team-sized bases.  So 2 x bases are a single squad.  While I'm on the subject, there is one more option for the scenario to consider - Norm's outstanding Stalingrad scenario for Tigers at Minsk:  The 37th Guards.  This scenario is based on everyone's favorite Squad Leader scenario "The Guards Counterattack."  Norm's TaM scenario is quite good:

I easily have the buildings and rubble to produce this table on an open board (without hexes).  Norm's scenario is challenging and offers opportunities for both sides to win.

So with all this in mind, I'm looking at numerous courses of action here:

2. Fight over the whole city with a bath-tubbed approach, mixing a fair amount of various types of evocative Stalingrad terrain on a single table.

What's everyone's feelings on this?  I'm leaning towards option 1, but option 2 or 3 would look so cool!
Comments welcome!

Big accomplishment this weekend with the "mostly" completion of the Red Barricades factory and the first of many Terrains4Games MDF buildings.  The factory is a Novus Design Studio purchase and it's a beauty with no shortage of incredible detail molded right in.
The building is a small apartment building or factory office that will be included for Stalingrad games, etc.  They are plain (some have etched detail which you can order) but I jazzed them up with special piles of rubble glued to the floors.  They really add a nice touch to the destroyed buildings. 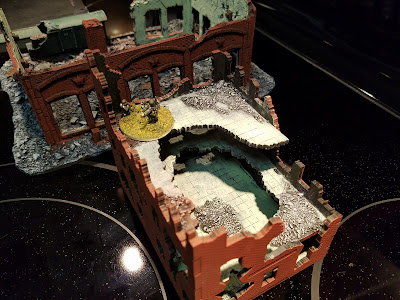 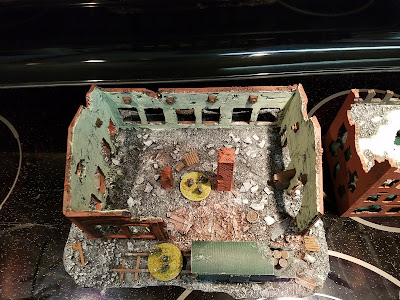 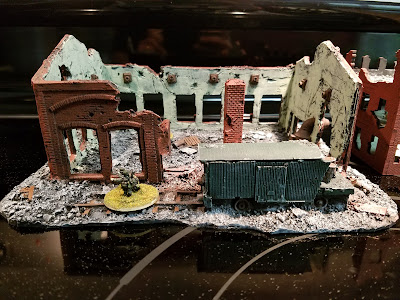 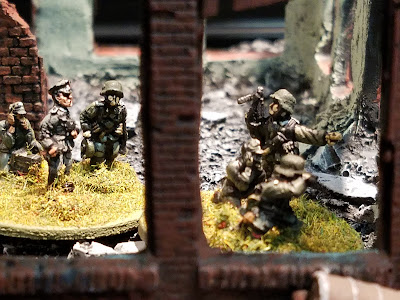 I bit the bullet and last week purchased a shed-load of Terrains4Games ruined buildings from Poland.  I have to say I am very impressed, especially for the prices of these models.  (also equally impressed that they arrived already!)  All I can say is Ausgezeichnet!

They will make a great addition to my wargaming scenery and will definitely add some "class" to future Stalingrad games.

I purchased the townhouse, residential block, some ruined corner sets, and the smaller factory.  After assembling all of them, I'll add rubble, spray paint them, and detail them as best I can.  The goal is for many destroyed structures for attackers and defenders to hide in.  The sense of mass of many rubbled buildings makes it really look like Stalingrad.  Thanks to the crew at T4G for quick service and delivering an outstanding product at an affordable price. 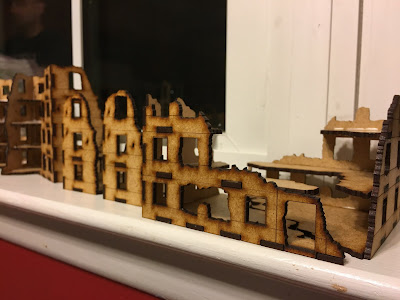 I "may" have even ordered the iconic Barmaley fountain for the upcoming Stalingrad games!  Now all that is left is to find a corner of the city to fight over.  The Red Barricades factory, the tractor works, etc.


I still need to work up more industrial terrain like large oil storage tanks, beam yards, factory areas, etc.  Many of that will be scratch-built, including a replica of the famous grain elevator. (note - link has some great Stalingrad resources including an outstanding German planning map which is exactly what I'll use it for as well). 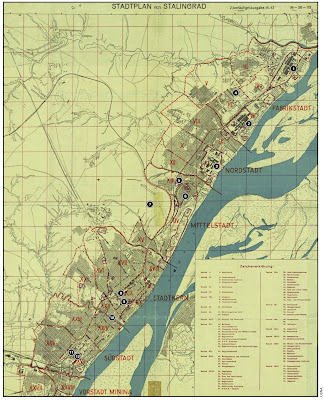 Hopefully next post is the entire completed assortment of T4G destroyed buildings.  Just dont ask me where I'm going to store all this stuff...

This post was more to collect my thoughts than anything else but I figured I'd share some of my thoughts with you all out there who happen to be the best historians in the business!  (wargamers usually always are). 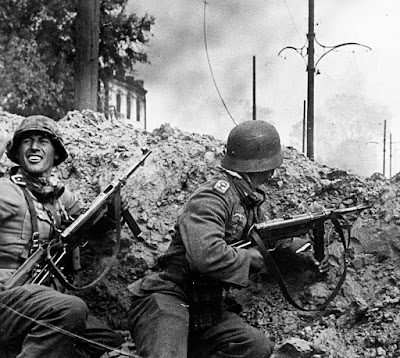 I've always dreamed about starting a Stalingrad project in 15mm.  The brutal infantry slugfests in and amongst the rubble of a shattered major urban area is incredibly appealing from a wargaming standpoint.  Not only do you get to flex your creative muscles with creating or preparing terrain, forces, orders of battle, and scenarios, but you get to participate in and possibly change history!

To me, Stalingrad has everything a gamer could want, including that "win or die" approach where just one more big push might finish the enemy off, or, if you're the Soviets, today might be the day of the big counterattack. 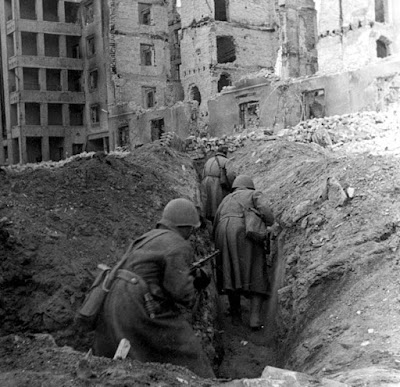 It's important not to lose sight of the fact that Stalingrad is a graveyard for an entire German army and countless Soviet Divisions.  Any project would be taken on in the spirit of faithfully recreating the battles as best I could on the wargaming table.  So now that you have a rough idea of my objective, I need your help! 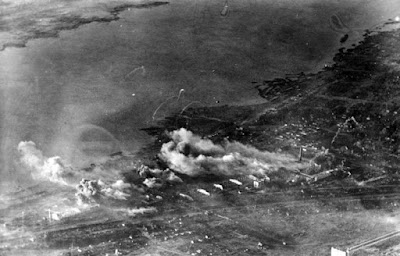 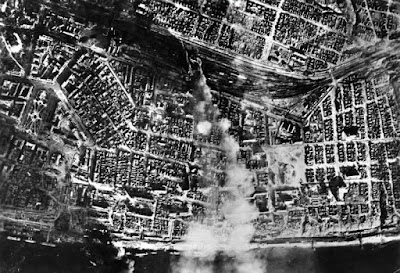 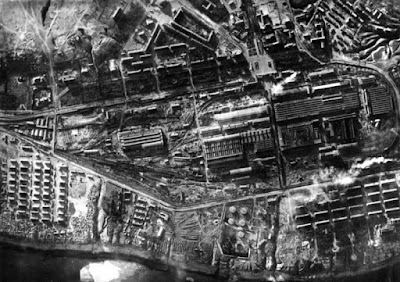 What rules to use?  Isn't that the question it always comes down to?

Personally, with the scope and scale of the battle, I'm not convinced that a Company level rules set would work and that leads me to think RAPID FIRE is the set for me for this project.  Still though, I'd pose the following options:

Rapid Fire
Battlegroup Kursk (think much smaller engagements with a company on each side)
Bath-tubbed Bolt Action where a group of 3 stands represents a platoon.
Flames of War at its intended scale
Crossfire

RAPID FIRE
Right now I'm thinking the winner is Rapid Fire, simply because I still get a feeling of "playing with toy soldiers" but can fit entire Brigades on the table.  The large Stalingrad game I played at Fall In 2017 was a Rapid Fire game, and I pushed 3-4 battalions and reached 2 out of my 3 objectives!  It was exciting, tense, and a brutal, grinding slugfest.  So far, it's my first choice.

BATTLEGROUP KURSK
Battlegroup might be a really fun game to push with Stalingrad, and the folks over at "The Acceptable Casualties" group on facebook, who really inspired this project, are working on a Stalingrad summer project now.

BOLT ACTION
Bath Tubbed Bolt Action?  you're probably wondering what the heck I mean by that.  That's OK I'm not quite sure, either.  I've played Bolt Action games where a stand is a squad equivalent and they were always much fun.  And SIMPLE.  Bolt Action is a very easy game to play and with a battle like Stalingrad, the simpler the better.

FLAMES OF WAR
Flames of War?  Yeah - there are tons of scenarios for historical Flames of War Stalingrad battles out there and no shortage of resources.  One of my thoughts is to use the Steven's Balagan take on CROSSFIREGRAD (from Dr Phalanx fame) and reverse-engineer it as a Flames of War game.  I think that would be fun.

CROSSFIRE
Originally, when I bought packs of Soviet Naval Infantry and Soviet infantry in greatcoats, my intent was to play a Stalingrad Crossfire game and based on the BATREP from Steven's Balagan of "Crossfiregrad" I'm not sure I could resist the urge to play some awesome back and forth infantry action!

Here are some Stalingrad resources I'm using for inspiration.  I'm happy to hear anyone and everyone's take on this new and awesome project:

and also this:  Flames of War Stalingrad Mega Game

Way back during the 2017 Holidays, I purchased a few goodies from Novus Design Studios during their Black Friday sale.

Well, all of the hub-bub on the Battlegroup and other wargaming facebook pages have a bunch of guys making Stalingrad terrain with the OUTSTANDING Novus stuff taking center stage so that motivated me to actually paint up some of the stuff I bought.  (Russian Farmhouse, Russian Peasant House, Train Station - and ANOTHER purchase - the Red Barricades factory, and the 15mm chimney stacks).  (more on the Stalingrad stuff later in this post, also.)

This house will fit in perfectly with my Eastern Front collection and I can't wait to get it on the table.  Although I didn't take any pictures, the roof does come off and you can fit about 3 FOW sized bases inside.
The detail that is cast into this thing is amazing.  And if you agree that this is amazing, wait until you see the big Stalingrad urban ruins.  I haven't painted them yet, but I did prepare the Barrikady Factory for painting!  Wohoo!

I'm working on the chimneys next for the "forest of chimneys" at stalingrad which will make excellent Crossfire or "other" terrain.  That said, I did play in an awesome RAPID FIRE Stalingrad campaign game at Fall-In 2017 (hint).  Also here. 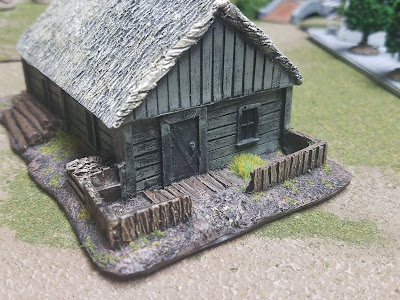 I also ordered a bunch of inexpensive MDF ruins from Terrains4Games to round out my Stalingrad collection.  Why on earth would I be buying all this Stalingrad stuff????  Ohh I dont know...maybe to play a Stalingrad Campaign of my own in 15mm????  Anyways, now that the cat is out of the bag, enjoy the pictures of my Russian Farmhouse.  More stuff coming soon.  Promise!  Stalingrad is calling! 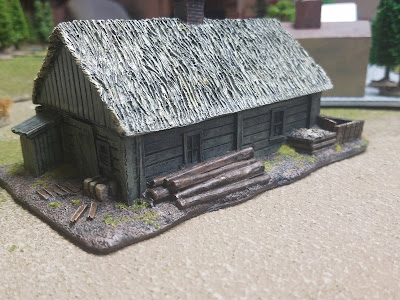 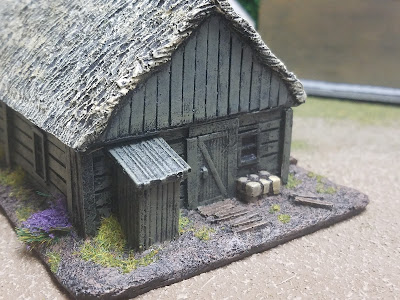