Ken and I played game 2 of the Falaise Gap "Saint Lambert" campaign today, with the Canadian effort in Operation Tractable continuing on as scheduled, attempting to shut down the Falaise Gap and trap remaining German forces.

Last week's game, "The Road to St Lambert" featured 2 x FOW1750 point forces in a "dust-up" encounter battle.  That engagement ended quickly enough when the Canadians today were able to knock out a remaining German infantry platoon, forcing the supporting panzers from the Divisional Panzer Regiment to bug out. 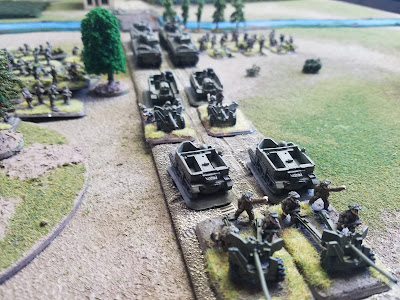 We started the second round today, with the Canadians closing on Saint Lambert and attempting to cross the River Dives and capture the town.  Elements of the Argyll & Sutherland Highlanders, as well as C Squadron, South Alberta Regiment under the command of Major David Currie must secure the crossing over the River Dives, and storm the town.  Facing them are the Canadians' old adversary, the 12th SS Panzer Division, who will trade their lives for the rest of the German army to escape.

These Germans know Saint Lambert is the end of the line for them.  As the men pass out grenades, ammunition, and rations, there is an unnerving silence.  Foxholes are dug, weapons are sited, and the waiting game begins.  The panzers are east of the town in a wooded area to protect them from the Jabos. 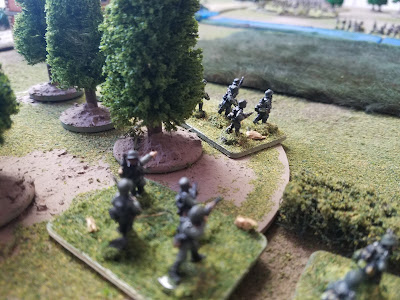 The clank of tank tracks and heavy equipment sounds to the west!  The Canadians are approaching!  Quickly the men duck into their foxholes, awaiting the artillery barrage that always seems to follow the arrival of allied troops. 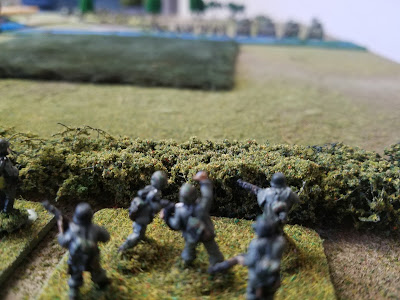 The plan is to have the tanks storm the bridge and get a toe hold over the Dives River, while the infantry set up a base of fire on the friendly banks.  The remaining tanks will support the infantry crossing.  The men curse as they lower themselves down the steep embankment into the Dives.  It's tough going and the Dives is deep.  The river proves deeper than initially expected and the crossing is taking a long time to sort out.

MAJ Currie orders the infantry to lay down covering fire on the tree lines and buildings in front of the advance.  It's a good call and pins down the hidden defenders in some of the buildings in the town.  What MAJ Currie didn't know, couldn't have known, was there were elements of an SS HMG platoon in the house overlooking the bridge!  The battle is joined!

MAJ Currie watches as his troops take a beating on the opposite bank and calls for the artillery to silence those HMGs firing on the second platoon at the crossing site!  The spotters or the guns have issues getting the spotting rounds on target and eventually the Cease Loading order is issued and the mission scrubbed.  Meanwhile, Third Platoon has a toe hold on the opposite bank and moves troops into the cropfield to their front.

The troops crawl through the soybeans with German rounds tearing up leaves and dirt all around them.  Someone sets up the Bren and fires.  The Germans are pouring fire into the teams in the crops and somehow the Canadians are weathering it.

Under the cover of fire from the SAR tanks and infantry, first platoon crawls up along the bridge.  The Vickers platoons gets a team across!  The infantry are crawling across making slower progress than hoped but still progress.

MAJ Currie decides to shift fires and support the 1st and 3rd Platoon crossing the Dives.  He gets the RCHA on the wireless and straightens them out.  They hit the Grenadier platoon dug in in front of the crop field.  To the teams pinned down in the crops, it's a God's send. 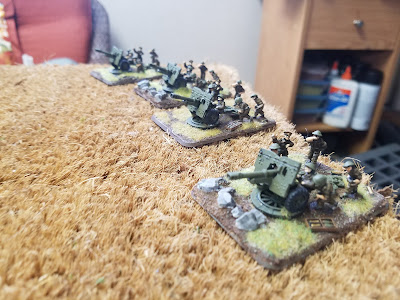 The Canadian infantry hitting the German bank of the Dives continue to mix it up with the Germans.

The SAR tanks pull into the outskirts of Saint Lambert and start firing HE rounds into the house containing the HMGs. 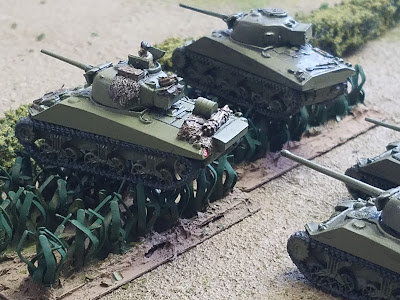 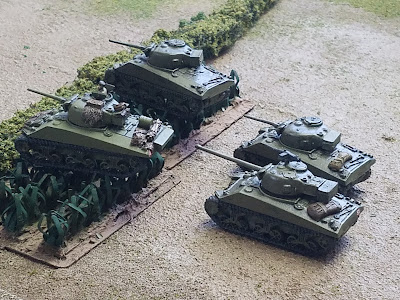 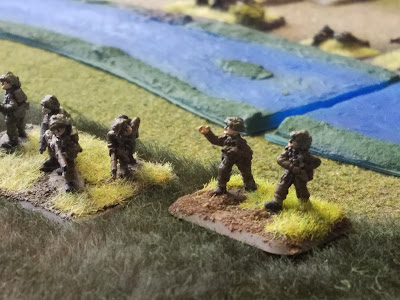 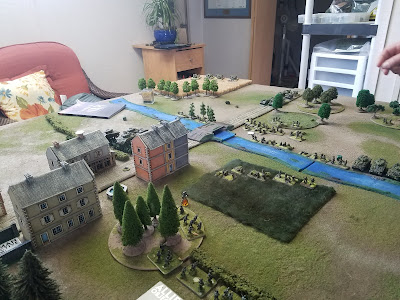 The SAR armor platoon supporting the crossing on the left redeploys to cross the bridge. 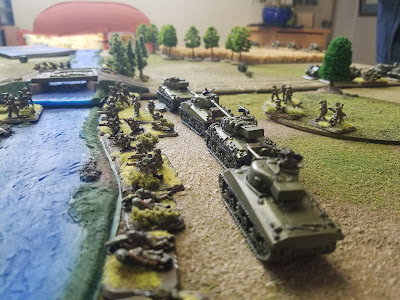 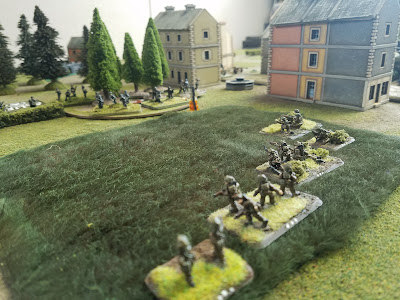 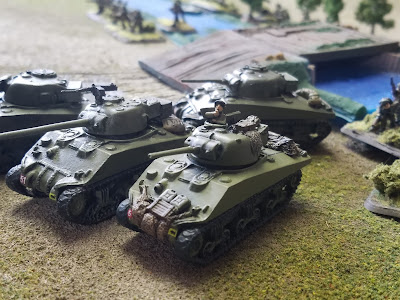 Lots of back and forths.  The PAK40s, who only bailed 1 Sherman in the initial ambush, finally KO a single Sherman. 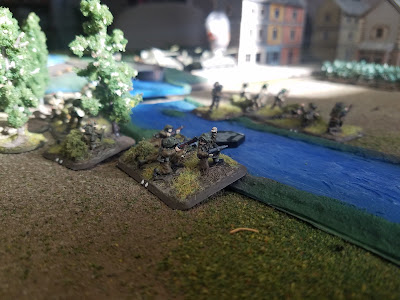 The Germans get Tigers on the battlefield but it's slow going to get up to the fight.  A platoon of 3 tigers will dramatically help on the defense! 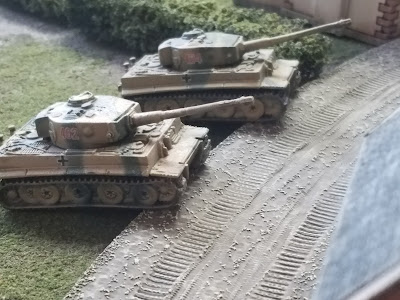 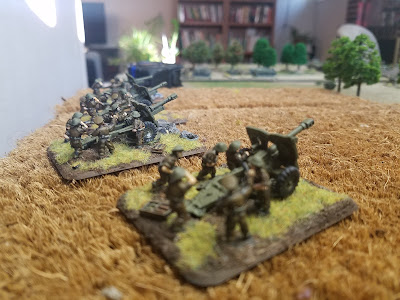 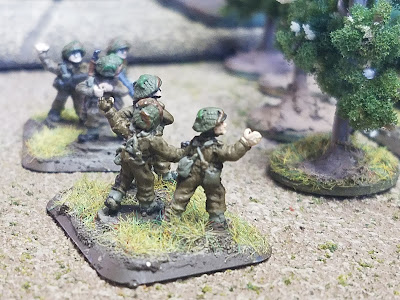 Ken and I had to pause the game at the start of Canadian Turn 5.  Lots of tension and the Canadians are building up forces so far.  This game has been a ton of fun like the last one and I cant wait to finish it!  I hope you've enjoyed reading it so far.