Battle of Hubbardton 1777: One Hour Wargames

Well once again Neil Thomas' "One Hour Wargames" are true to their word as tonight's recreation of the AWI Battle of Hubbardton in Vermont (ca 1777) was re-fought in well under an hour using these great strapped-for-time rules.

With tons of stuff going on, I didn't want to start the Black Powder game just yet so I thought I would test out the terrain and overall scenario using OHW and the result was fairly historical.  I'll let the picture captions narrate the battle.

It's important to note here that I added a "formation" option to units in order to allow them to traverse this difficult terrain.  switiching formation takes a full move.  It does not bestow any movement bonuses (eventually I'll play it that way but for now didn't want to complicate anything). 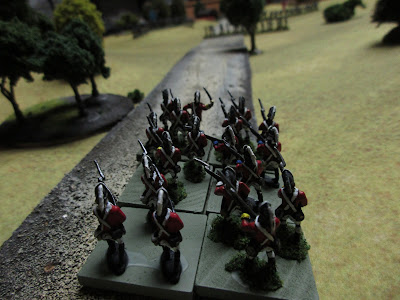 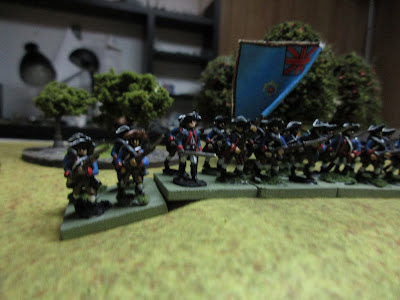 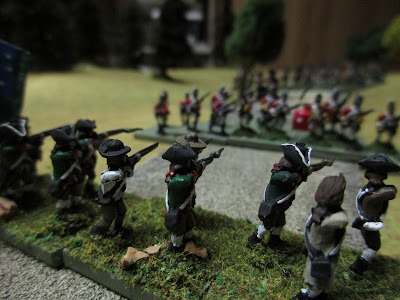 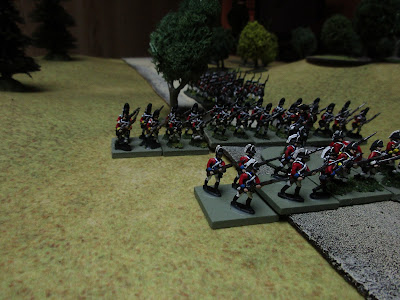 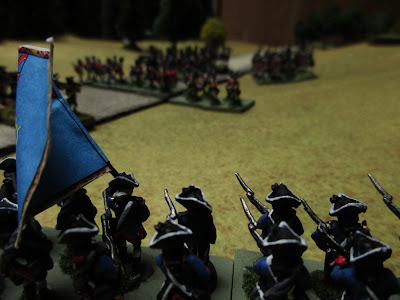 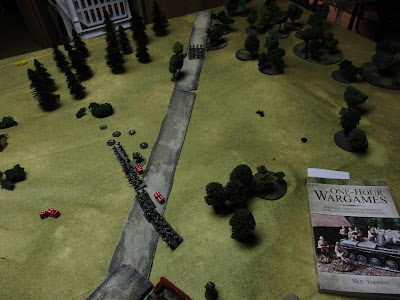 Lessons Learned
The British could have handled their deployment better, opting to stay in column and maneuver earlier on.  The Continentals (specifically the GMB) never should have stayed in the front as long as they did.  The smarter thing to do would have been to let loose a volley and head back up Monument Hill and join the 2nd NH and the cover of hte woods.

Speaking of which, why on earth did the 2nd NH leave the cover they were in?  Hit points are halved against units in cover!

So I think the deployment rules (staggered for British, Continental already in place) are sound and as close to the real battle as possible.  I don't see a need to change those when I play this using Black Powder.  I do think I would like to codify some "special" rules for the Grenadiers, Lights, etc. such as "shock troops" for the Grenadiers, and the particularly fragile nature of Patriot Militia units (like the GMB).  Not to mention rules for column need to be worked in.  Specifically movement values are greater when in column - except for the Hessians who are wearing iron shod boots lol.
Posted by Disgruntled Fusilier at 10:49 PM 7 comments:

Trying to stay true to my 2016 Hobby and Gaming goals has not been easy but I'm managing!
This month is still, technically, AWI month which means I've got to get my rear in gear to get an AWI game in.  My plan is to do Hubbardton in 15mm using the Neil Thomas "One Hour Wargame" rules, and also using Black Powder.  (Hubbardton was a small battle, so using One Hour Wargame rules will probably take about 15 minutes to play)

Anyways, a herculean effort on my part to knock out about 6 ACW Regiments for next month's ACW battle.  I'm probably doing the first part of McPherson's Ridge at Gettysburg, part of the desperate first day's battles.  I was able to steal away precious minutes or hours here and there to throw some paint on these Regiments and the result is respectable, in my humble opinion. 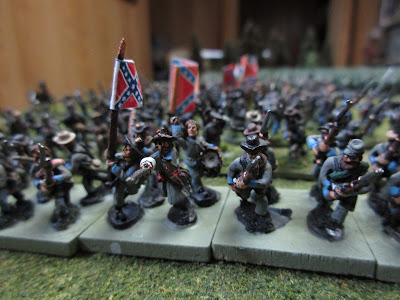 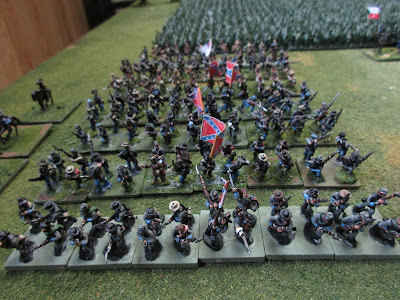 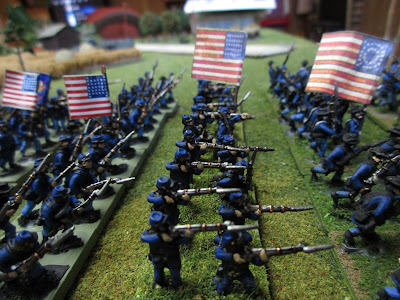 So since next month is ACW, I'm finishing up the Regiments this month in anticipation of bigger and better battles.  If anyone remembers my Peach Orchard battle last year, this will be more of the same!  Huzzah!
Posted by Disgruntled Fusilier at 1:01 PM 16 comments: