If you're standing up, better sit down for a minute.  So I have embarked upon yet another rebasing project.  The latest in a few year's worth of rebasing projects.  Having re-read Arty Conliffe's "Crossfire" rules (among other rules lately) I decided on a scheme of basing that will support - quite literally - any game I'd like to play.  Using wooden, Flames of War styled bases, I'm going with a "fireteam" concept for my World War II troops and that will eventually carry into moderns as well.

This will allow me to use 1 stand as a squad for Crossfire, Blitzkrieg Commander, Rifle Team in Flames of War, etc.  It also looks a little more "respectable" as a platoon-sized stand if I got that route.

And fear not - if you have liked reading my "Battlegroup" posts, these squads are specifically tweaked for Battlegroup games.  I'll explain.

Casualties will just have to be tracked via "the little red dice" or some other appropriately sanguine method.
Also, I still have my Bolt Action / Disposable Heroes single based platoon but they are not pictured here. 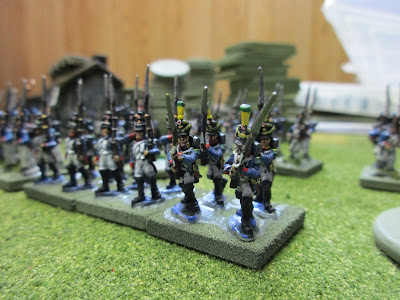 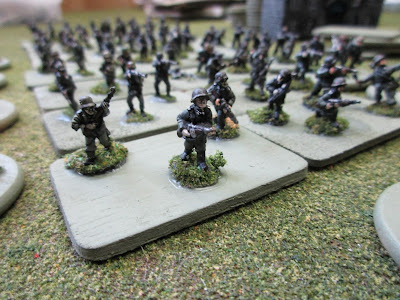 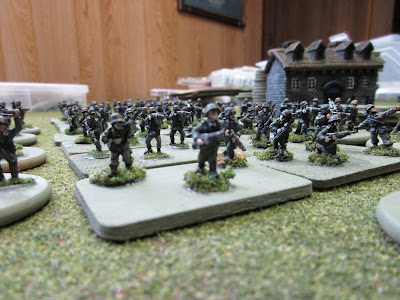 And now for the Napoleonic pictures again!  After reading and re-reading Shako, I want to give it another "go" so here they are in all their glory.  (also, I had nothing against 6 stand figures, but as David F poignantly pointed out, I don't have enough troops painted.  So 4 troopers to a smaller base works better for games like Shako or Age of Eagles when more stands are better. 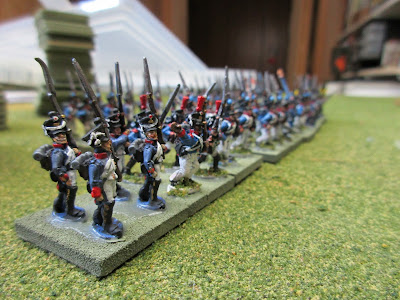 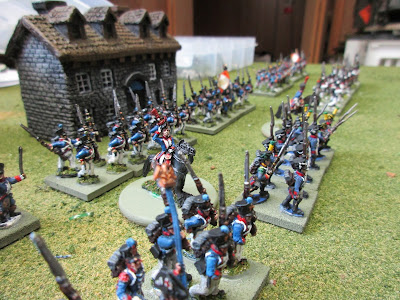 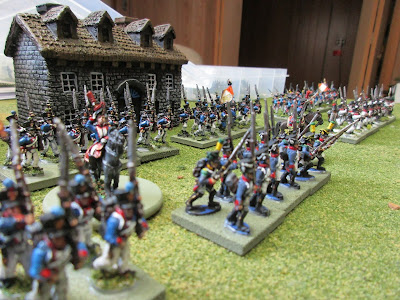 Okay so next up - need to rebase my SYW and AWI troops onto the new chunkier stands.  I'll hold off on the ACW guys until I get more squares in the mail.  I also need to order flock to flock all these guys!

One of the other reasons I'm doing this is the flatter stands catch when I'm using a gaming mat.  So the chunkier bases is more conducive to picking up the lads by their bases as well.  Also, they square inches as opposed to "whatever" with the woodsies I've used for years.

Going to play a game of "Crossfire" soon so watch this space.  I'd like to throw a German Company against a Soviet Company and see what happens!

Posted by Disgruntled Fusilier at 3:21 PM