My recent descent into rules madness all started when I received some Neil Thomas books for Christmas and decided that the rules in them looked pretty neat.  (read that as simple).  Since I played a game or 2 of them in some spare minutes here and there, I played some games with the same scenario but other rules to see how they played out and which rules I liked best. 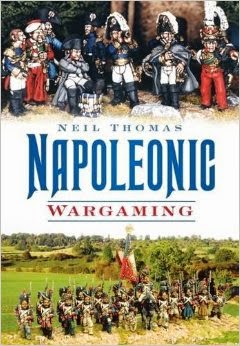 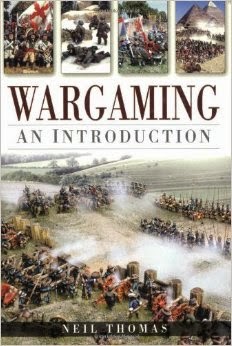 The rules are simplicity themselves and would be great to teach someone how to play wargames.  A very old school feel to them, but still satisfying.  My thoughts were that if I had the miniatures and time, they would be awesome to try and stage some large battles.

By the way, played these games on my new Cigar Box Heroes game mat.  I think it looks pretty nice! 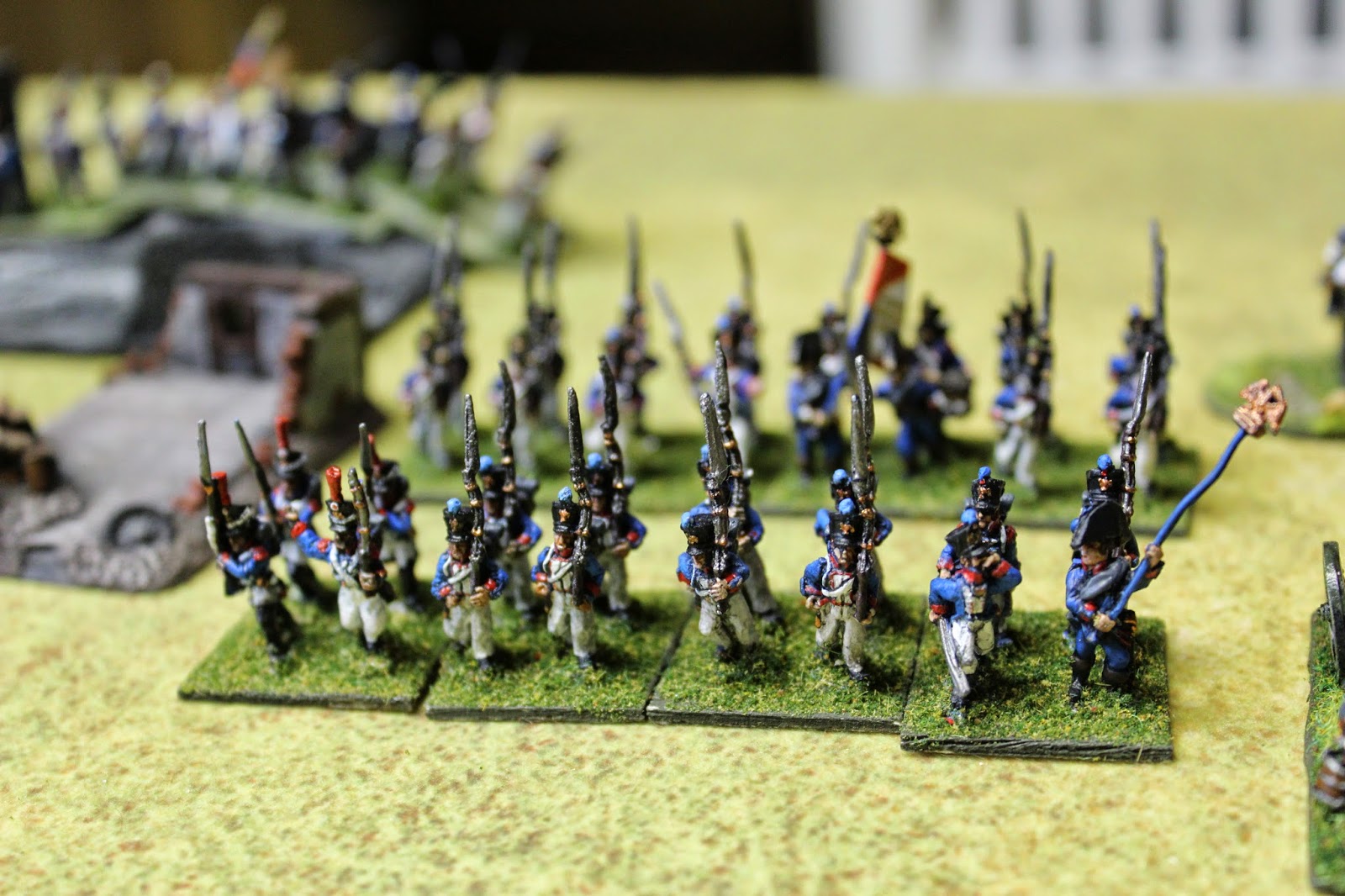 The great thing about the Neil Thomas rules are you don't need tons and tons of miniatures to play. 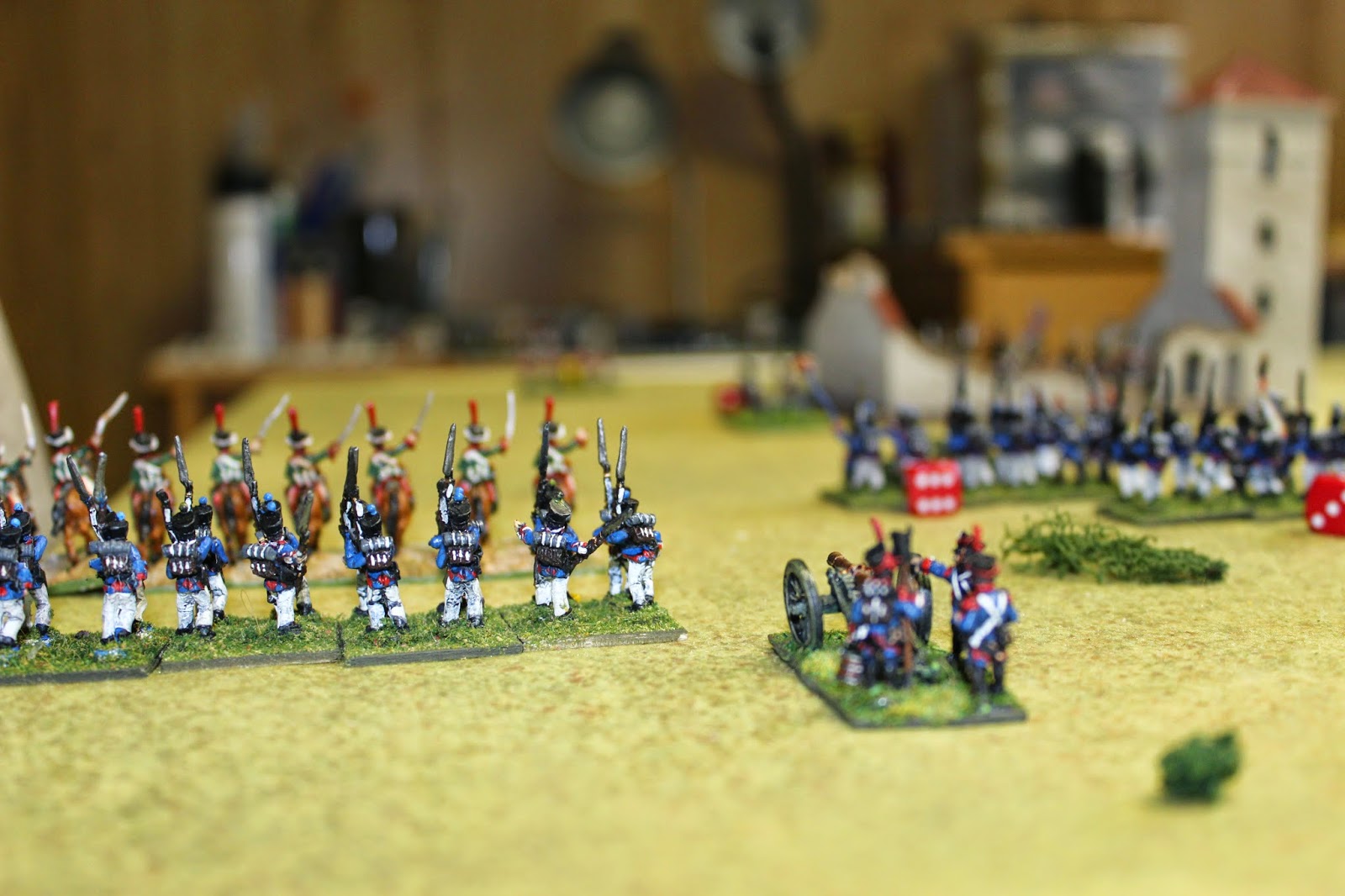 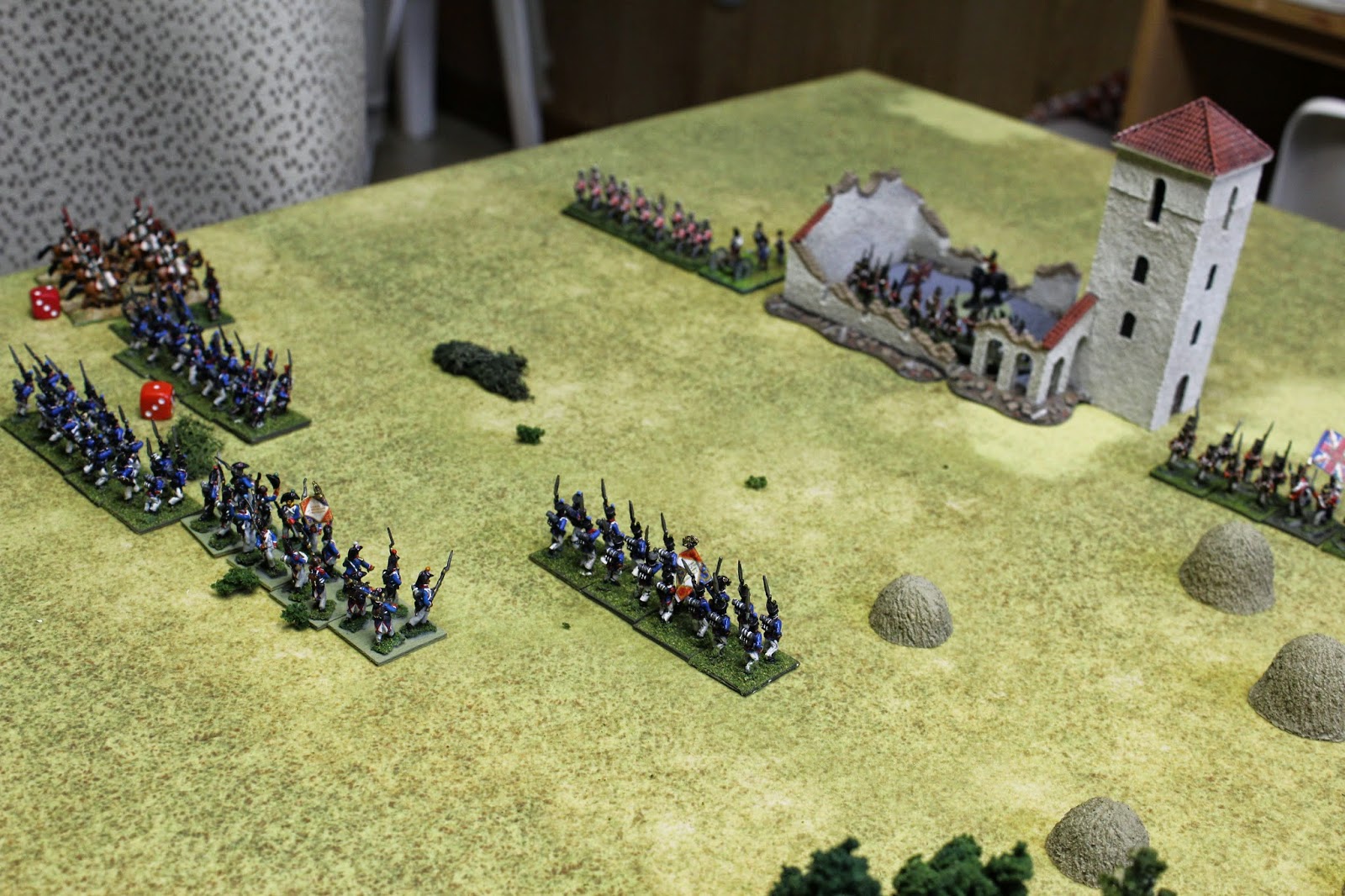 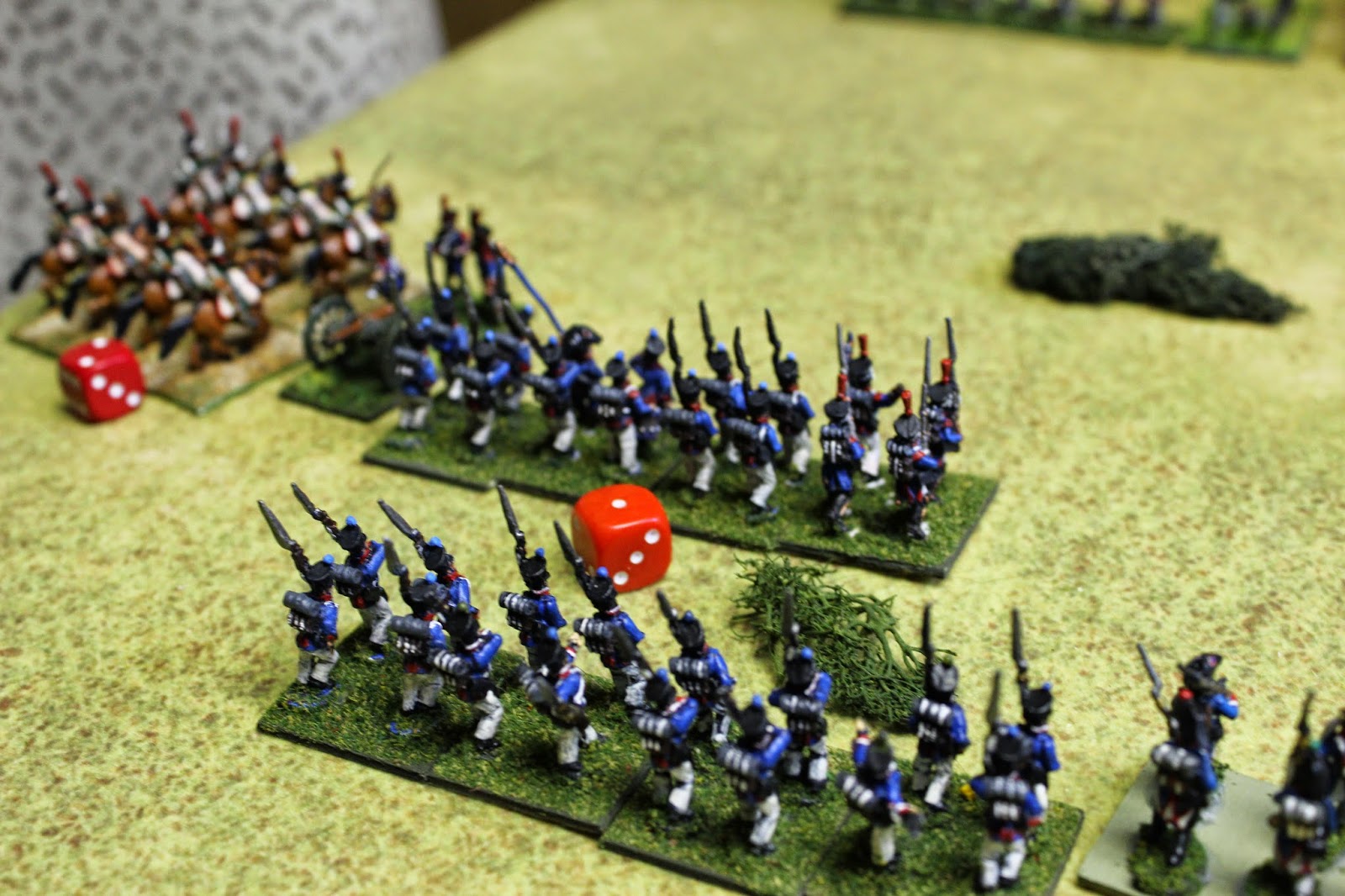 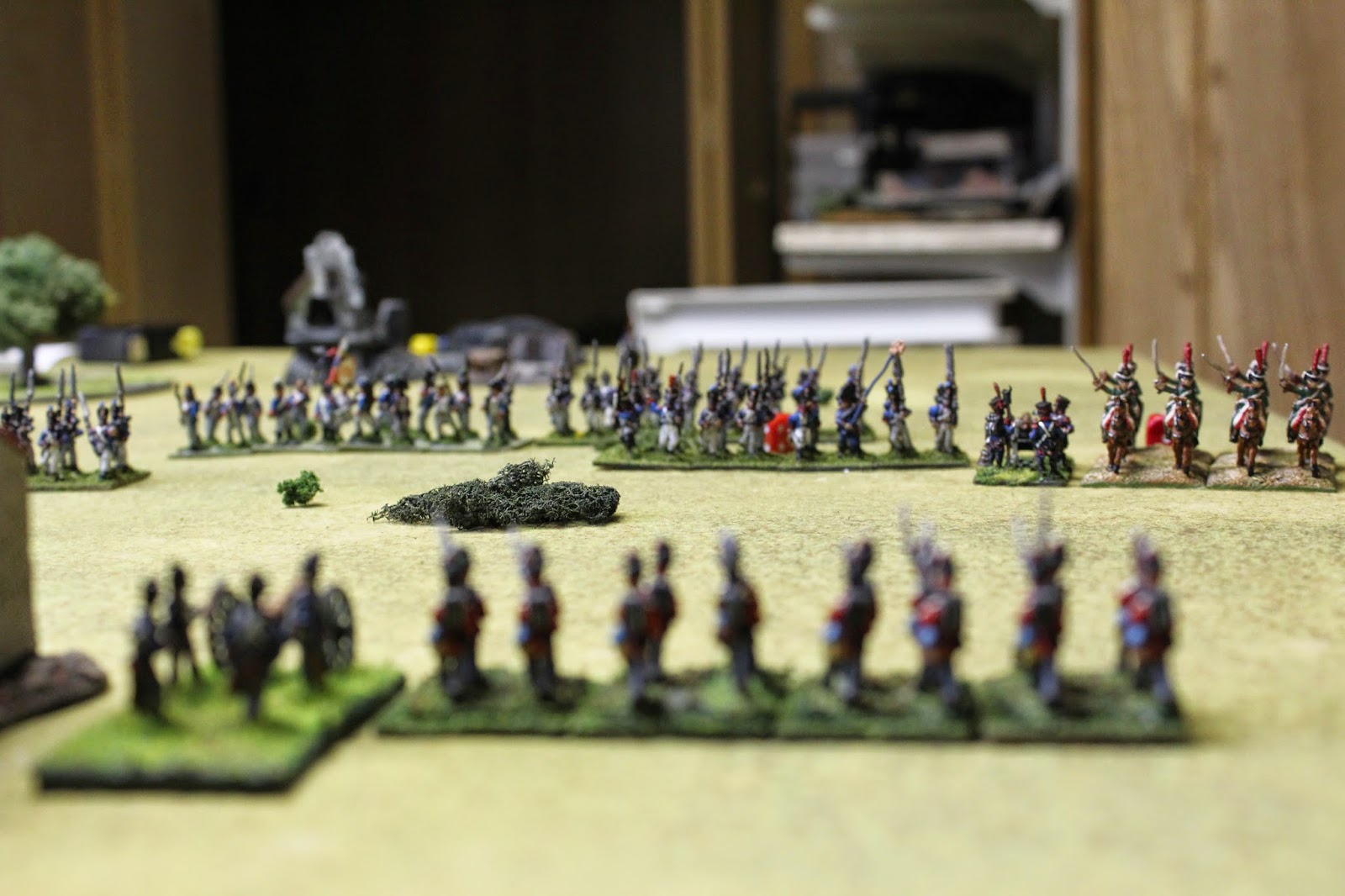 Neil Thomas' Napoleonic Rules.  Simple but not simplistic.  Great rules and an excellent book as well.  The British soundly defeated my French lines and columns and my experience so far with these rules is that the defender, behind cover needs almost 3 battalions shooting at him each turn to dislodge him...    Excellent "Beer & Pretzels" horse and musket rules.  If I had scores more units to put on the table, this would make a truly "epic" game.  Maybe one day?

Guess I'll get to painting...


Posted by Disgruntled Fusilier at 4:21 PM