In honor of the 50th anniversary of US Combat Troops arriving in Vietnam, I thought I would start my "Vietnam Experiment" with my 15mm Vietnam troops.

Simply put, the Vietnam Experiment is a basing project for my modern troop collection.  ("modern" being the advent of mechanized warfare and anything after - even up to today and beyond).

I see lots of people play the popular Battlegroup series of rules with individually based troops and since I like Battlegroup very much, and I also like skirmish games very much, why not make another attempt at a universal basing scheme for moderns?  (because we all know how well the last time I tried it went....what is the definition of insanity?)

Anyways, this project will have all of my modest Vietnam War forces rebased as individual troops, command teams, weapons teams, observers, etc.  I'll try a game of my modern Battlegroup homebrew ("Battlegroup: Tet" anyone?) and immediately afterwards, I'll try a game of FUBAR or some other skirmish set with the same based troops and see how it goes.

"But Steve" you say "what about games where 1 stand equals a platoon??  How will you do this?"  Easy.  My plan is to use sabots just like for that game of Panzerleader I played a couple weeks ago, although smaller sized sabots.  This should eliminate the need for "platoon stands" with 2 and 3 troops on them.  That abstraction was becoming just too much for me to bear, hence my WW2 troops all rebased on smaller "team" sized stands and if I like how this goes, I may just base everyone in modern 15mm on individual stands and be done with them.

Here are some pictures so you can see the "progress" of my troops... Here they are in their current basing scheme:


It will be a shame to break up these nicely textured bases but I can fit way more troops in the bin with them based differently than this.


And here they are starting to take shape as teams and squads.  No flock yet but give me some time:
I decided to base squads around a support weapon and a leader.  So 1 US squad will consist of 2 fireteams with an M60 LMG section and Grenade launcher providing support along with a Squad Leader, while a PAVN squad will have an RPD supporting 1 team and an RPG supporting another.
Lots of firepower! 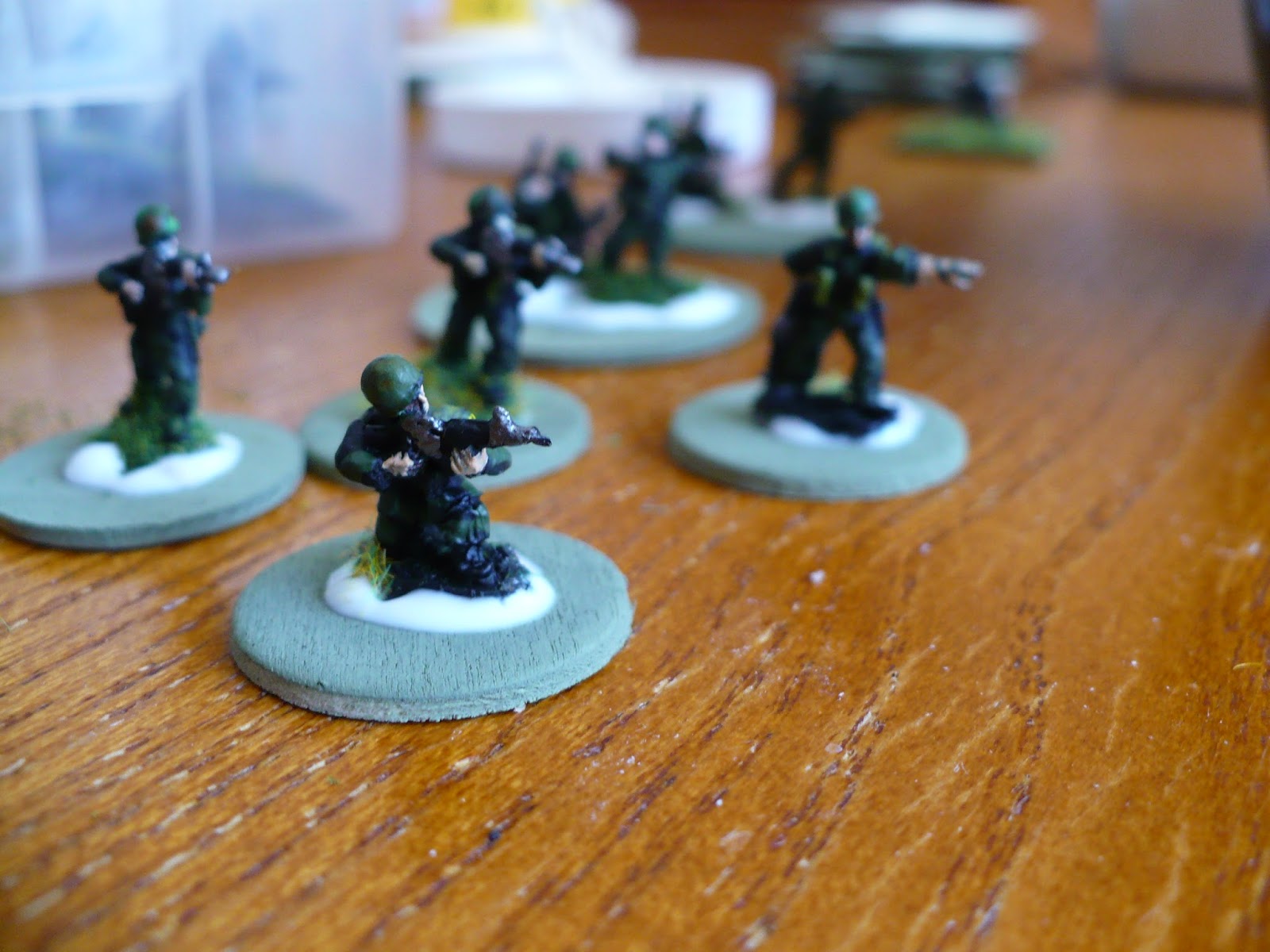 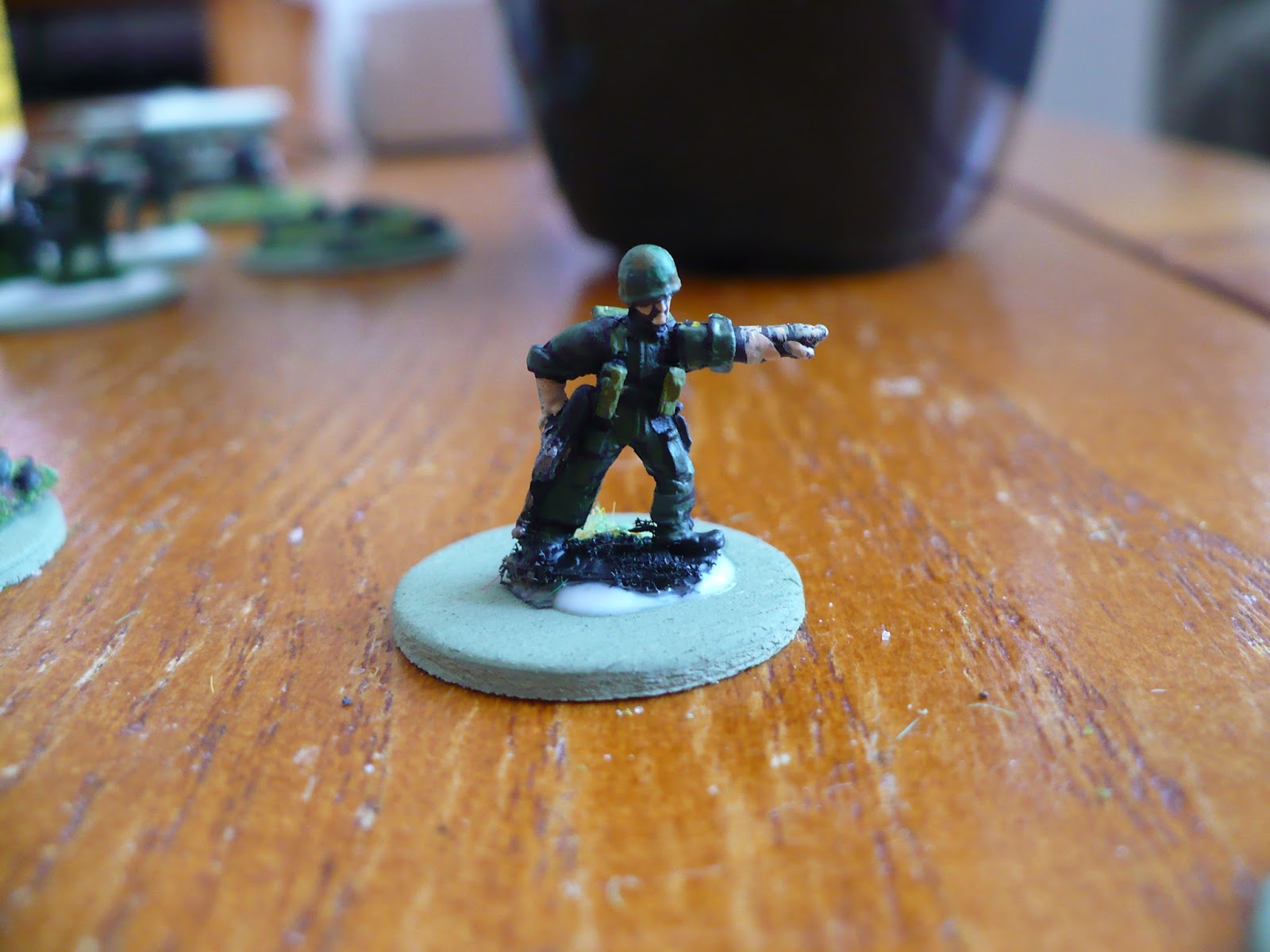 Posted by Disgruntled Fusilier at 12:24 PM