ACW and AWI At the Double Quick!

Not exactly Cold War this week but here is some ACW progress for you.  This has to be some kind of speed record for me as I was able to slap some paint on 2 whole ACW Regiments this week!  1 complete Union Regiment, 1 complete Confederate Regiment, 1 Union Officer (Brigade Commander) and 1 Union "Battery" of 3" rifles.

Back in January, I sketched out a rough plan for some solo wargaming.  Each month has a particular "theme" to it with March being the American War for Independence and April (of course!) being the American Civil War.  I plan on playing the first portion of the Battle for McPherson's Ridge.  Anyone who followed my epic Gettysburg Day 2 battle for the Peach Orchard last year, then you know I love a good ACW brawl.  I played the Peach orchard using Black Powder rules and I'm going to possibly play McPherson's Ridge using Black Powder or even Neil Thomas' One Hour Wargame Rules (or both!). 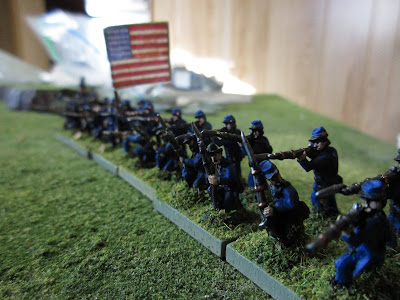 The speedy progress is a testament to how quickly Musket Miniatures can be painted.  (truth be told there are some Old Glory as well as Peter Pig mixed in there). 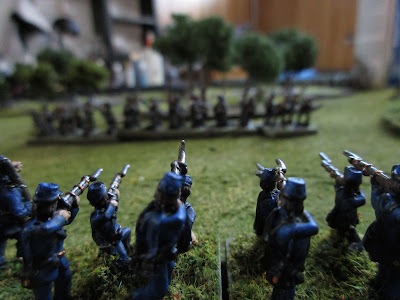 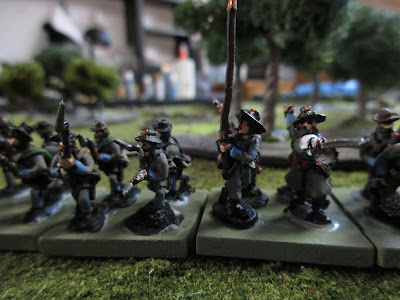 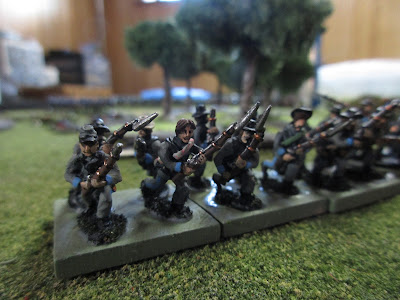 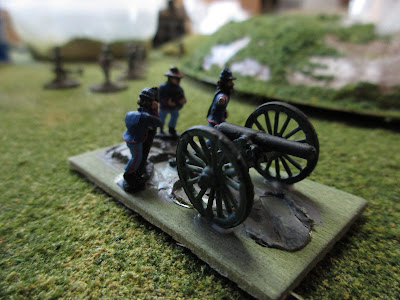 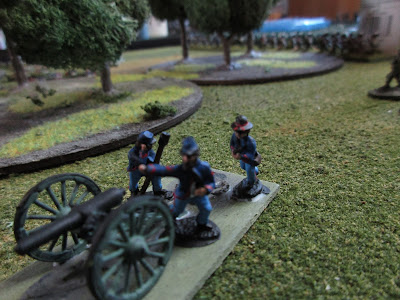 Okay speaking of progress, here is some progress I've made on more generic "horse and musket" casualty markers.  Many of the blue coats can stand in for French, Prussian, Continental, and Hessian casualties.  I'm all about value! 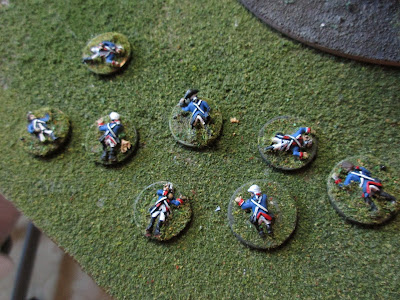 Now moving onto the AWI Hubbardton project!  Finally finished after ALL these long years.  Below are the Hessians, and of course the Green Mountain Boys.  The Hessians are based as a regular unit, and the GMB are based as Light Infantry (for Neil Thomas' rules or to signify that they are a "small" unit in Black Powder).

Need to get those colors mounted for the Hessians. 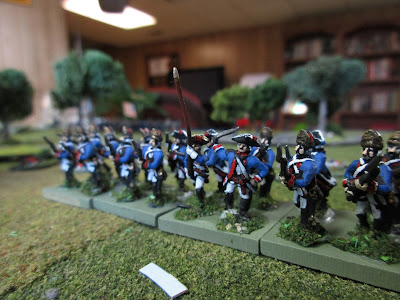 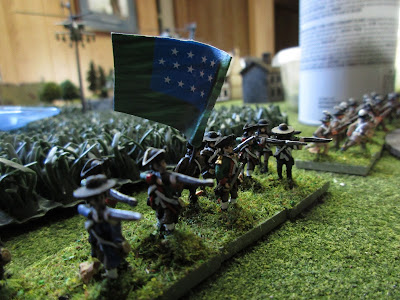 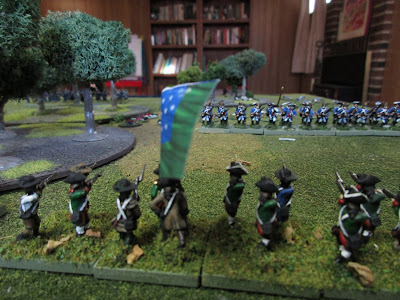 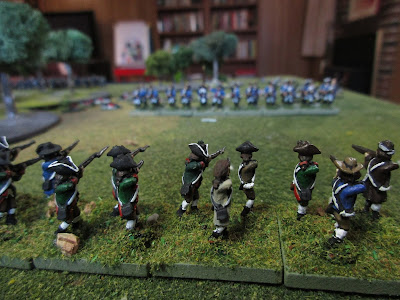 Alright that's it for progress at the moment.  My work hours will be changing so I fear not as much progress in the future, but I'll give it my best shot.

Right now I have 2 AH-64 "Apaches" in the queue to stand in as AH-1 Cobras for Team Yankee.  They just need their decals and the Hellfire's painted and they'll be good to go!

Stand by!
Posted by Disgruntled Fusilier at 6:56 PM