Team Yankee WW3 "Free For All"

Ken and I played a 75 point Team Yankee game this afternoon on my "small" 6 x 4 table.  I set the terrain up to slightly mimic the "first battle" chapter from the Team Yankee book, although admittedly this battle had a few more "toys" and some crazy "firsts."  I'll explain. 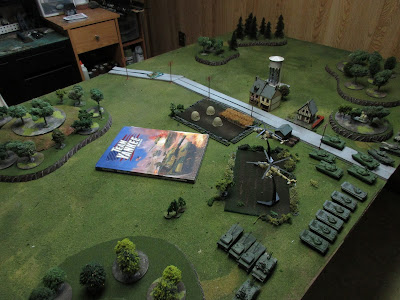 Even though we've played quite a few games of TY, this game was kind of like a refresher for both Ken and I as we haven't played for awhile. 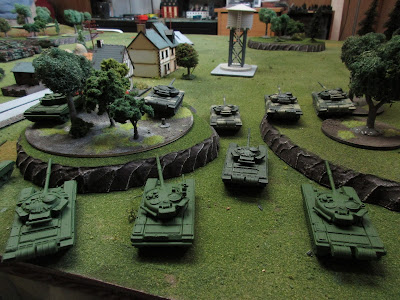 In case you were wondering, the US fielded an Armor Combat Team with 2 M1 platoons and 1 M113 platoon (all 3 vehicles each) along with a FIST track, 3 M109 howitzers and of course the M901 ITVs.  I think around 76 points. 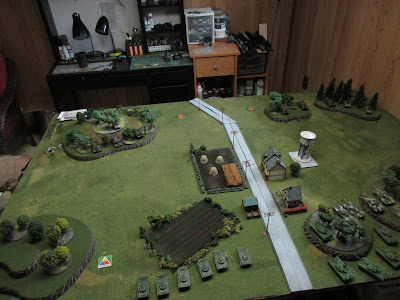 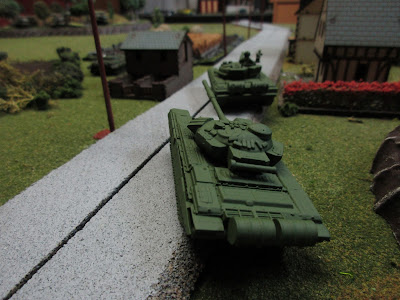 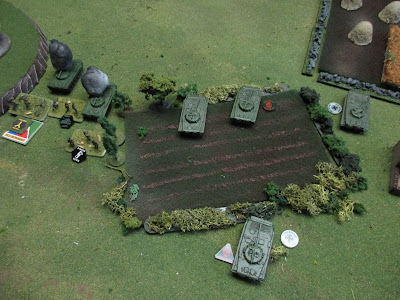 My plan is to race ahead to the objectives.  I was originally thinking a nice, slow meandering Warsaw Pact infantry advance with the BMPs on my left would be fun, occasionally stopping to take shots at the Yankees.  Ken showed me that my plan needed some adjustments...the BMP has nice mobility and crappy armored protection (duh) so they needed to cross the killing field quickly! 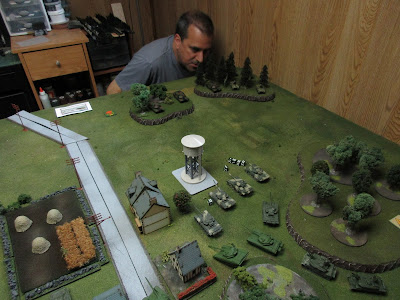 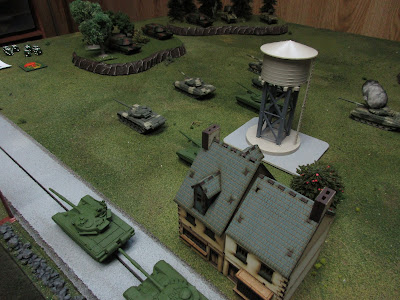 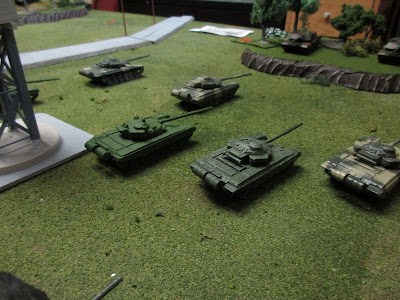 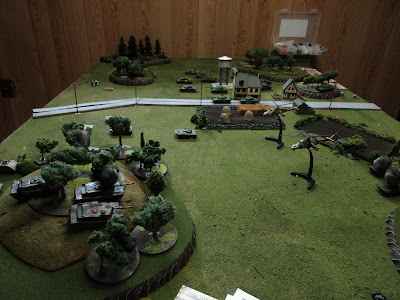 We had a HIND gunship shot down by ADA but the more extraordinary is yet to come! 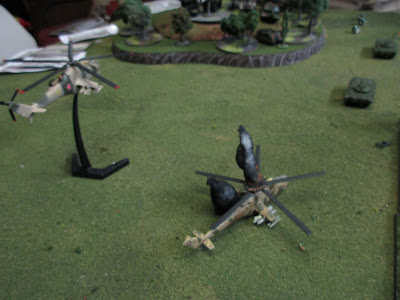 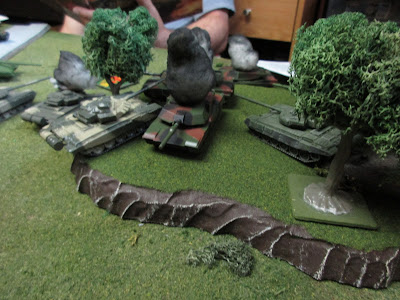 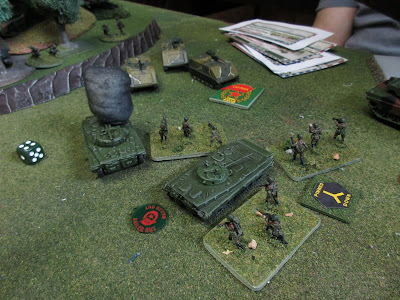 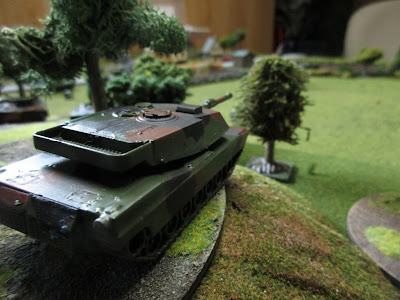 So this game was fast and brutal.  A 6x4 table and the speeds of the vehicles coupled with their engagement ranges pretty much guarantees you're shooting from turn 1.  I am starting to understand the logic of the reserves now.  With 50% less units on the table, there is more maneuver room.  This was a straight up brawl that might have used a little more terrain.

Ken and I both needed a refresher on the rules and I think this game was it.  I think I need to read up a little on the rules especially now that the "Leopard" and "Iron Maiden" supplements and minis are out!  sign me up for the German collection!!!

This was a great game and never once lacked for any excitement or variety.  Say what you want about Team Yankee but in a single 4 hour game, we played with all of the combined arms toys in the arsenal ranging from M-16s and SAWs to tank cannon, machine guns (yes you actually USE your on board MGs!), Air to Ground missiles, ATGM, and auto cannon.  So I think the game definitely serves its purpose.

I still really, really like the Battlegroup series best, but I do not think they can deliver this fast of a game (a Soviet battalion and a NATO company match fought to conclusion in 4 hours) with crashing aircraft, careening missiles, choppers, tanks, troops, and APC/IFVs all tear-assing around the battlefield.  Mission accomplished.
Posted by Disgruntled Fusilier at 8:09 PM