More progress with the Eylau Project as 2 x more French "Brigades" of Davout's III Corps march out of the depot.  Smartly dressed, these fellows are based, like the 13th Legere, for Blucher.  I have 7 more Napoleonic French units to paint which will be similar to these men, after which I will start cannibalizing my already-painted French units on 4 x 2 inch rectangles and re-basing them for action.

The 33rd Ligne is up first.  The 33rd was part of the 2nd Division's (Friant's) 1st Brigade and served alongside the 48th Regiment as well.  I cant explain it, but I have so much fun painting these 10mm strips.  It's soothing, mindless work... 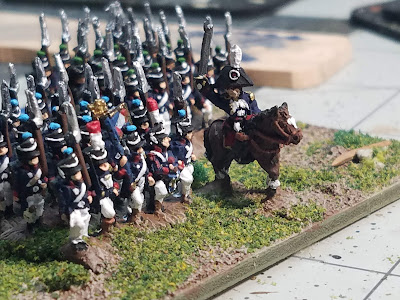 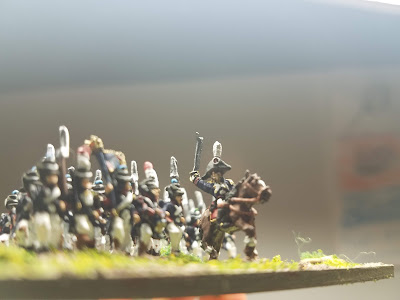 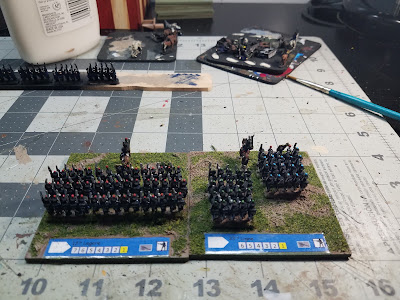 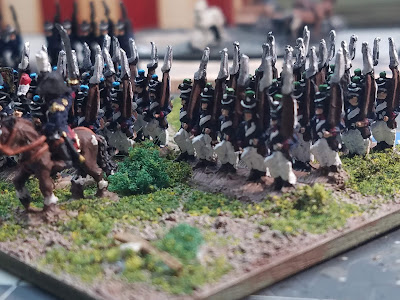 Next up is the 51st Ligne, which was part of 1st Division's (Morand's) Second Brigade, serving alongside the 61st Ligne in the Brigade. 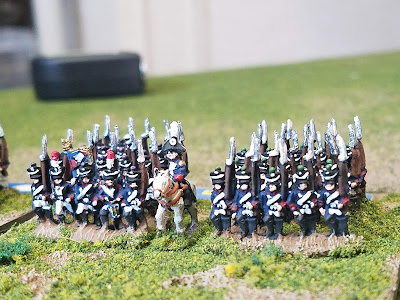 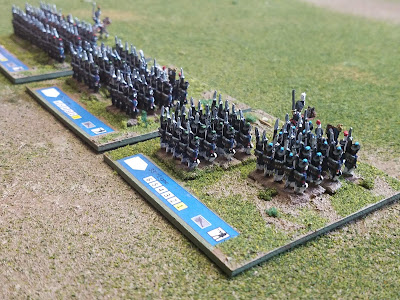 I think it will be a tremendous spectacle to see up to 50 units on the table and am very much looking forward to the Eylau game.  While there are many more to paint, they paint up pretty quickly and these fellows were done awhile ago but lack of time and availability prevented me from posting.  I do not plan on posting every brigade I finish, but will instead occasionally post some pictures of the Army as it is built.  More projects are calling!  Having freshly returned from vacation and finishing off Roy Adkins' epic "Nelson's Trafalgar" I am keen to paint up MANY more of my tiny warships, and then polishing off Beevor's "D-Day" (which wasn't as good as I remembered it, and certainly not as good as his "Stalingrad" book) I plan on getting into the Western Front more with some 15mm World War II gaming.  Lots to look forward to here!  It's going to be a busy rest of the summer painting!

Posted by Disgruntled Fusilier at 7:17 PM