Developing a Biazza Ridge Scenario for "Battlegroup" - The Order of Battle

Despite being in the 21st Century with a previously unimaginable wealth of info at our disposal and instantaneous connection to thousands of well-read people, you'd be surprised at how incomplete a picture can still be of a historical battle - even a relatively modern one like this.
During our work on the Hubbardton Scenario for Live Free or Die, we discussed sources and noted at how single sources by themselves don't always give us a clear picture or even conflicted with other accounts.
During my travails across the internet and through books, I have been navigating a labyrinthine maze of historical accounts, anecdotal accounts, and others to get a clear and concise picture of the fighting units below Brigade / Battalion or Kampfgruppe fighting at Biazza Ridge.  While I'm sure there are good reasons for that - most historical accounts wouldn't require that level of information - but for the wargamer this clearly won't do!  So what do we know for certain?
What Do We Know?
We know that elements of the 3rd Battalion (Companies G, H, and I) / 505th Parachute Infantry Regiment fought at Biazza Ridge.  We know they were supported by the Regimental cannon company with 75mm "pack howitzers" as well as administrative elements and according to Osprey they were reinforced by "leg" infantry and anti tank guns eventually, along with a shed-load of naval gunfire.  We know Gavin was present throughout the battle, and to the dismay of his officers and staff, he made the epic and monumental decision to stay put.
For the Germans, our picture of what happened and who, specifically, were where, is a bit more mysterious.  This is where the budding scenario designer starts running into problems.  I'll start with what we know.  We know that the 505th faced Tiger tanks attempting to over run their position, and that there was repeated skirmishing with isolated bands of paratroopers as the Herman Goring Division elements were moving south to the battlefield.
We know that the I and II Panzer Battalions of the HG Division started engaging other American forces on their way south from Niscemi, and that the Panzer Grenadier Kampfgruppe (unknown strength and composition) pushed back the US 180th Infantry Regiment around the Ponto Dirillo area, near Biazza Ridge.
We know the Tigers belonged to the 2 Company, 504th Heavy Panzer Battalion and that they had 17 of them when their transit to the jumping off point began.  These Tigers might have been chopped from 15th Panzer Grenadier Division to make up for staffing and equipment shortfalls among the HG Division who were combat ready- but not at their paper strength yet. 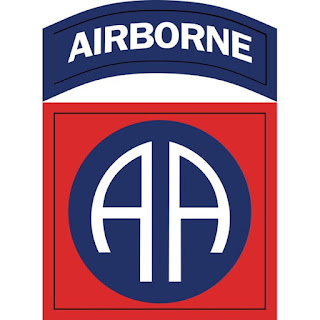 We also know that many of the 504th's Tigers experienced mechanical problems, or issues with Allied planes in transit to the assembly area. (Remember this is a year before Normandy!  One shocking account had the Tiger crews dismount to wave at Allied aircraft, mistakenly identifying them as FW-190s).  3 Tigers were rendered combat ineffective simply trying to rescue a single one when it got stuck.  Such was the battlefield friction that plagued the HG Division's march to counter attack the beaches around Gela.
The HG Division attacked along multiple axes towards Gela and found itself fighting in multiple locations.  Biazza Ridge being one of those locations it fought at.  It's noteworthy here, also, that fighting at Biazza Ridge was not part of the plan.  Meaning the Germans did not intend to fight there. 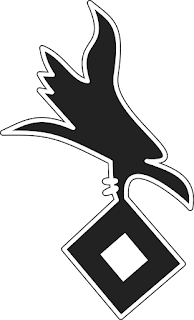 The trouble I'm running into really is that it's difficult to ascertain what infantry units were present at Biazza Ridge.  I had to turn to Osprey for a more complete picture.
According to Osprey, the fighting at Biazza Ridge involved the 2nd Company of the 504th Heavy Panzer Battalion (Tigers) and Panzer Grenadiers of the HG Panzer Grenadier Regiment, mounted in trucks as their half tracks were near Catania.
This is a bit more complete, but I'm still unsure of what battalion or companies fought at Biazza Ridge as part of the Panzer Grenadier Kampfgruppe.  I'm wondering if that's why specific Battalion designations are left out in some games I've been researching.  We may have to do the same but luckily with Battlegroup, we're only after a slice of the action.  A feel for what happened and the desperate defense of the ridge by the American paratroopers will do nicely for my purposes.
The Battlegroup Forces
So with that said, I "purchased" an American Airborne Infantry Platoon from the "Battlegroup: Overlord" book, as well as a German Panzer Grenadier platoon from the same book.  Our action will be built around those core forces.  Many of the goodies that accompanied Gavin's force are in there, such as the pack howitzer sections from the 505th Regimental Cannon Company, as well as the Shore Fire Control Party.  Additionally, a platoon from the 2-504th Schwere Panzer Abeteilung are included, plus a single Panzer IIIM just simply because I think they're cool.  (Panzer III's were at the primary thrust towards Gela, and were not present at Biazza Ridge.  If this is too "science fiction-y" for you, simply omit the Panzer III.)
So here they are in all their glory - the forces for the upcoming Biazza Ridge game, and a sneak preview of the scenario "product" I'll be developing for Biazza Ridge.  For those who own the Battlegroup Rules, the format should look familiar.
The keen eyed among you will notice that there are restrictions as to when certain units can be brought on the table.  There is a reason for that but I wont give it away until "Scenario Coordinating Instructions" coming up in the next post!  Stay tuned!

Posted by Disgruntled Fusilier at 8:27 PM