Developing a Biazza Ridge Scenario for "Battlegroup" - The Resources

I'm at it again.  I had so much fun developing the Hubbardton, 1777 scenario for "Live Free or Die" that I'm taking on a bigger, badder, and meaner scenario.  This time we're dipping our toes into the warm waters of the Mediterranean during Operation "Husky," the invasion of Sicily in 1943.

Husky was the opportunity for the western Allies to learn that when things go wrong in an Airborne operation, they usually go very wrong.  That's not to say it was all bad, though.  The tough, exceptionally well-trained British and American Airborne forces fought against long odds amidst some of the most difficult circumstances and prevailed.

For my purposes, I want a hard-fought, gritty battle that showcases the fighting in Sicily.  To me that says steep hills, arid plains, paratroopers, and the Hermann Goering Panzer Division.  The Battle of Biazza Ridge gives me all of those elements.

At Biazza Ridge, the American 82nd Airborne Division's 505th Parachute Infantry Regiment (PIR) attacked into the shoulder of the Hermann Goering Division's advance against Gela and the landing beaches.  This was a difficult and bitter action with the American Airborne eventually prevailing.

Here was a battle where troop quality, leadership, and cohesion meant more than weapons as the HG Division brought Panzers, to include Tiger tanks, to bear against the Americans.  I'd like to showcase the excitement and tension of the battle on the tabletop, as well as the importance of their leaders.  To me that says this battle needs a gritty, tactical set of rules.

This battle is screaming for the Battlegroup treatment.  But since there are no Sicily supplements for Battlegroup, we'll have to "improvise, adapt, and overcome" as the Airborne say.  So expect this battle to get the same treatment we gave to Hubbardton, with a post on the OOB, the terrain, and perhaps some other scenario design aspects! 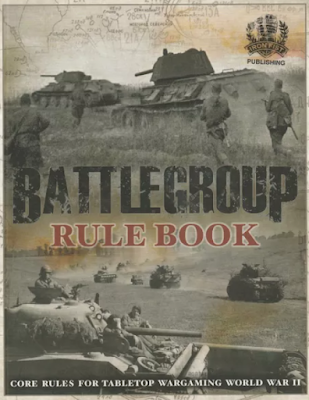 So with all that said, here are some of the resources I'll be using for my research into the Battle of Biazza Ridge:

Now time to crawl up into our attic and grab my US Paratroopers and start painting!

Posted by Disgruntled Fusilier at 2:34 PM