I finally was able to game the last few rounds of the Gettysburg Peach Orchard battle.  After a few rounds of consolidation, the Rebels were able to overcome the Union resistance on the Wentz farm.

True to history, it was bullets and not bayonets that won the day....

Barksdale's remaining forces along with Kershaw's valuable reinforcements came on strong and the Wentz farm became a Union strongpoint bristling with cannon and troops.


On the union right, a southern Regiment is annihilated after a firefight in another orchard. 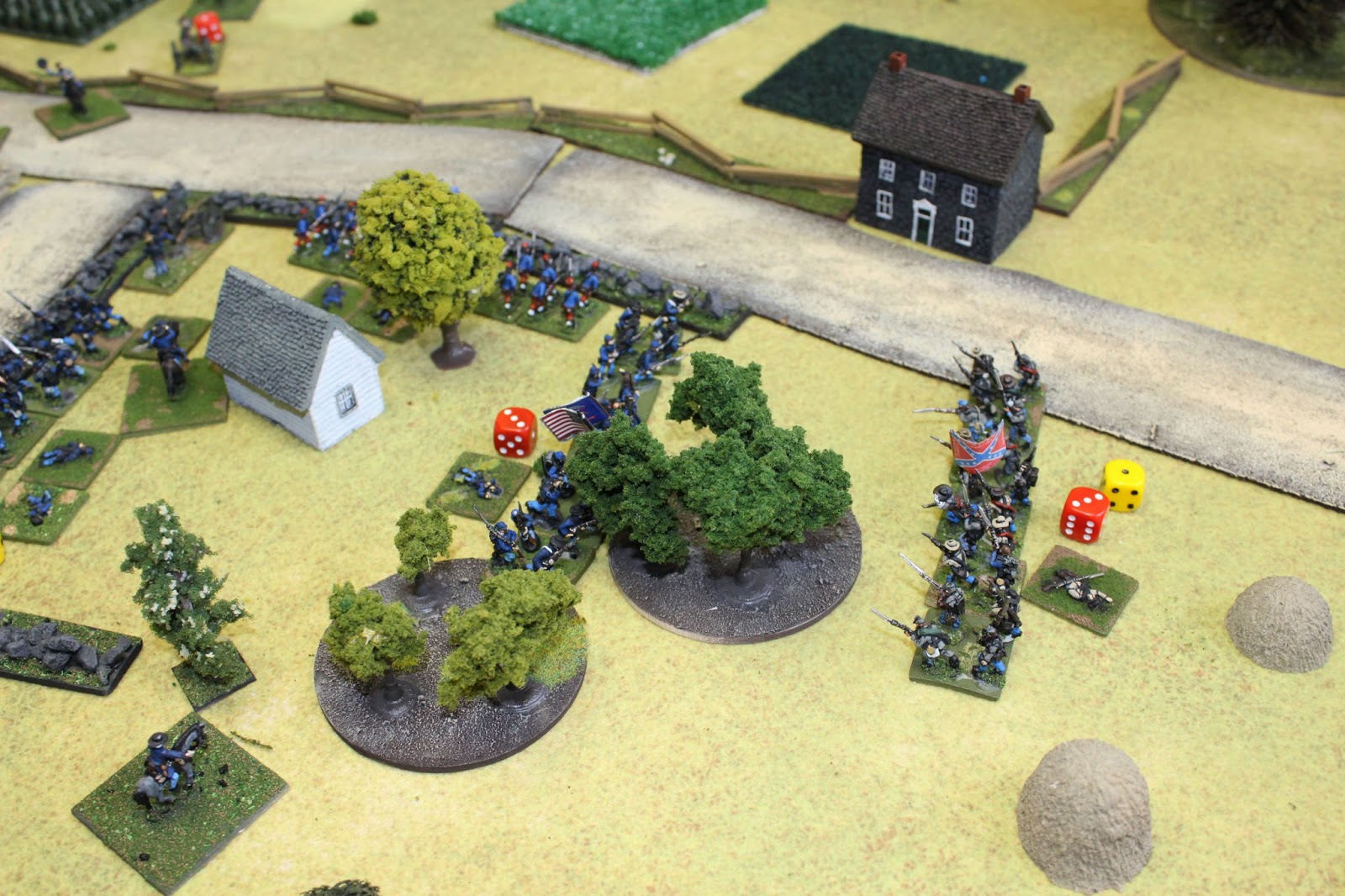 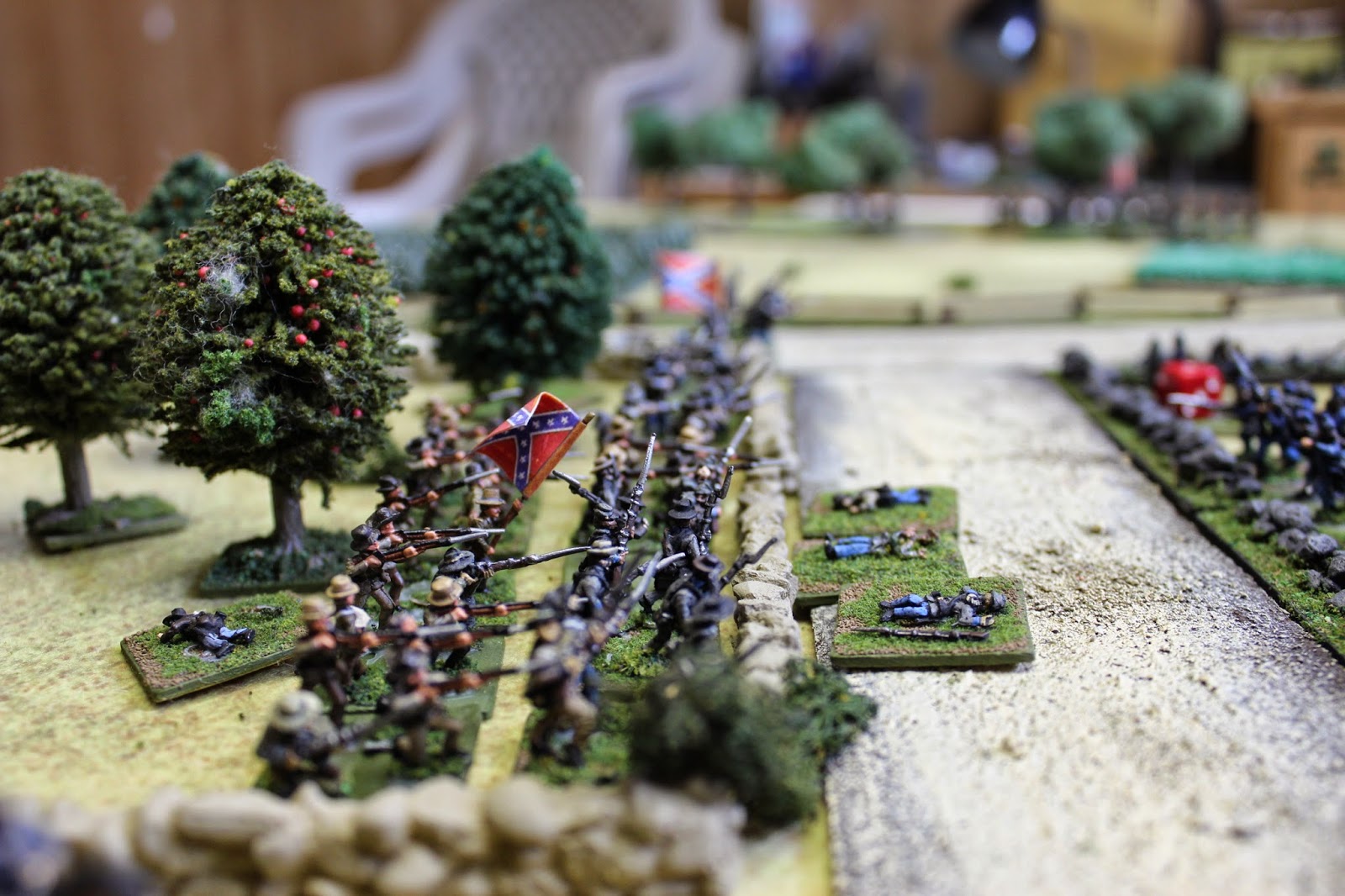 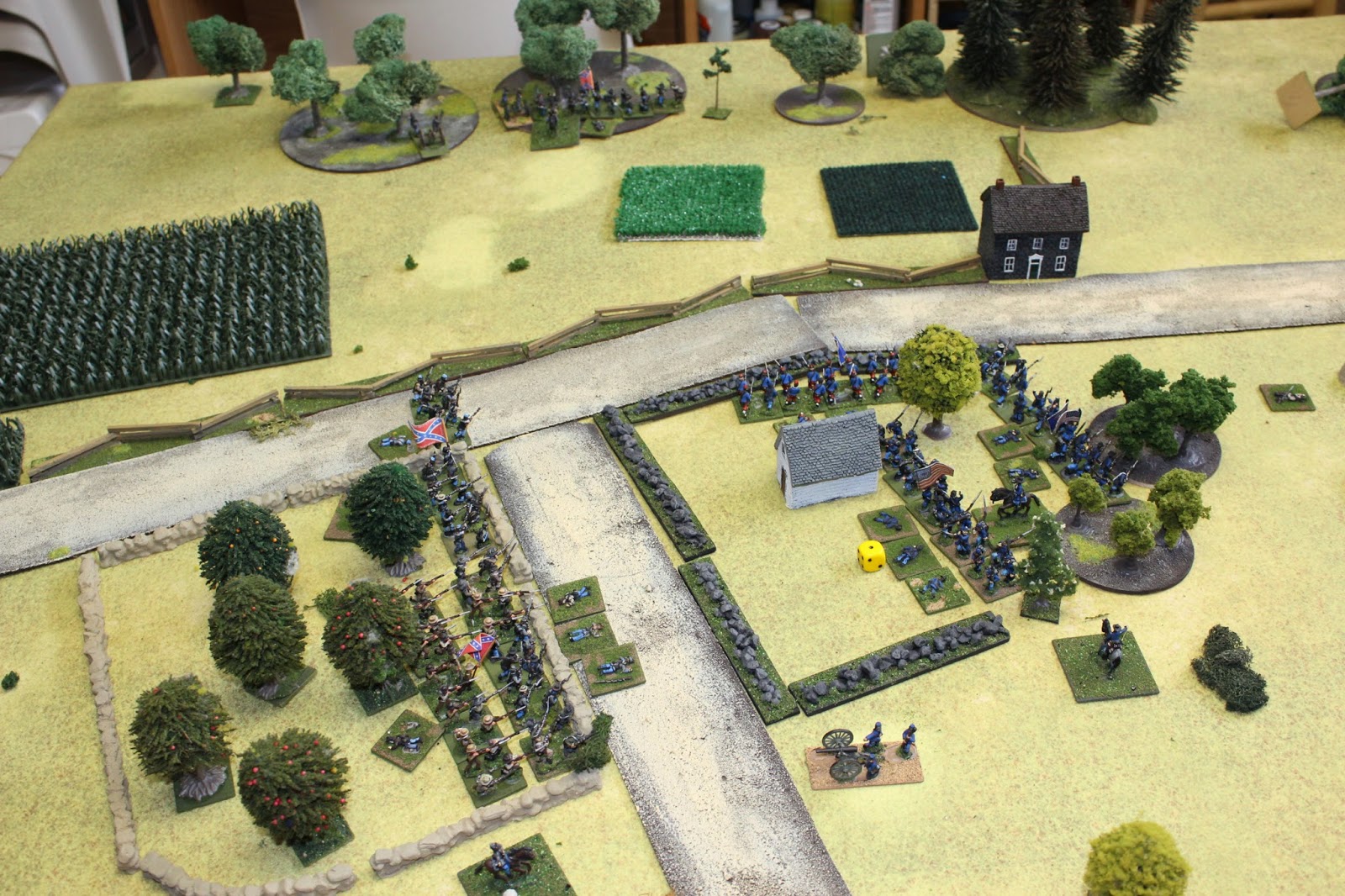 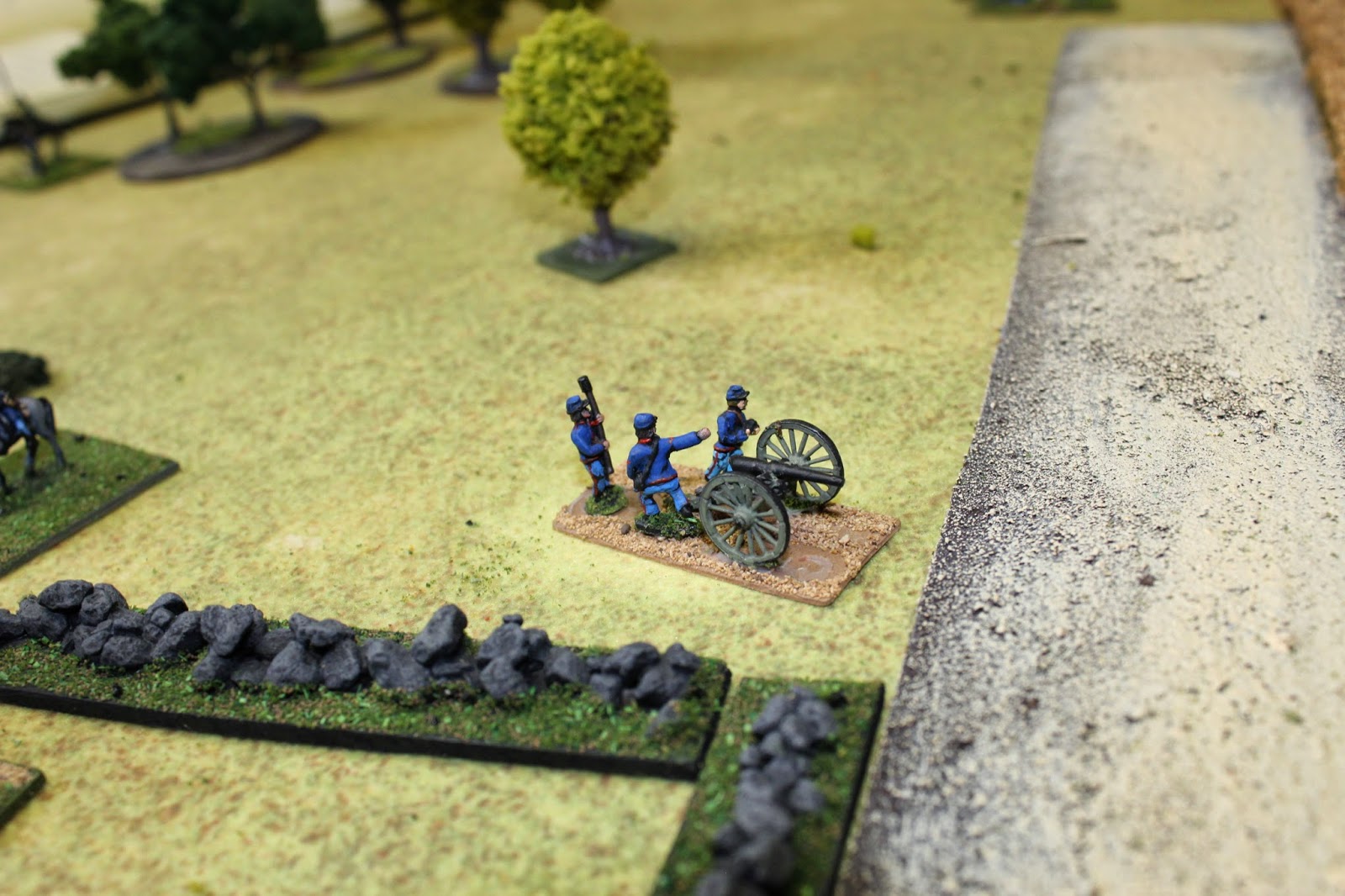 3 "fresh" Rebel units manuever for the final assault on the Yankee positions but instead of charging, they move in for better firing - with some enfilading fire on the retro-grading Yankees. 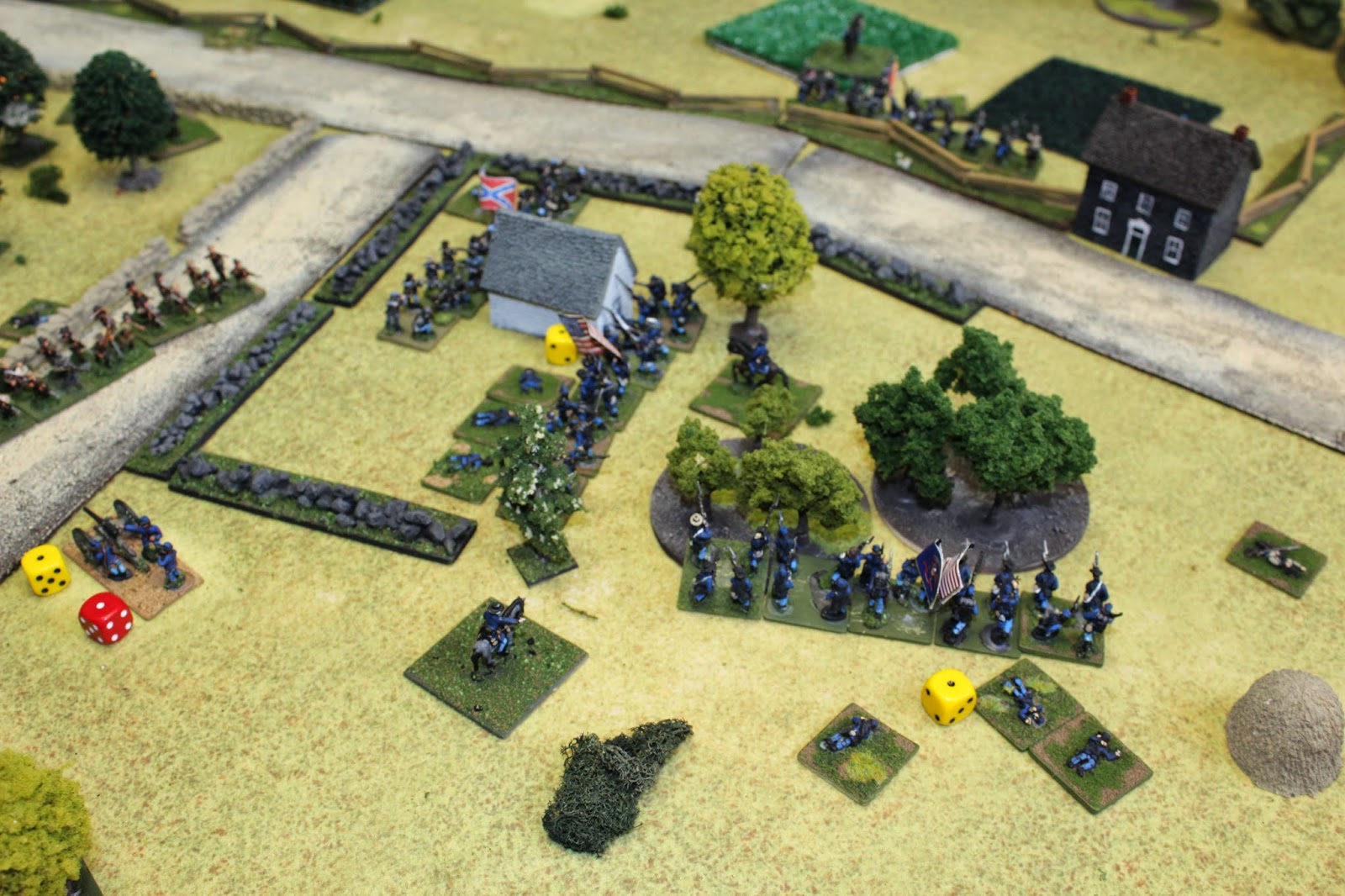 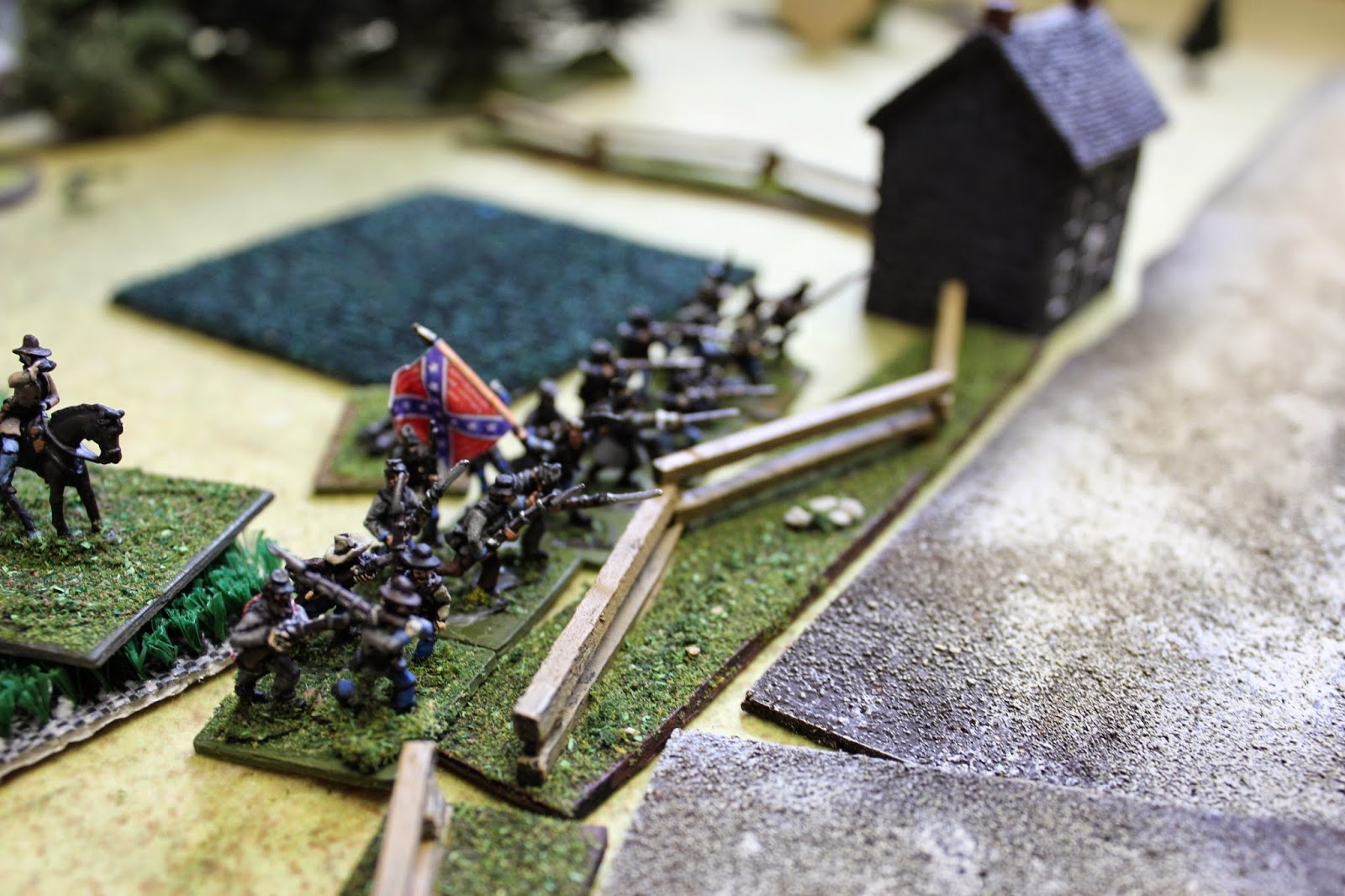 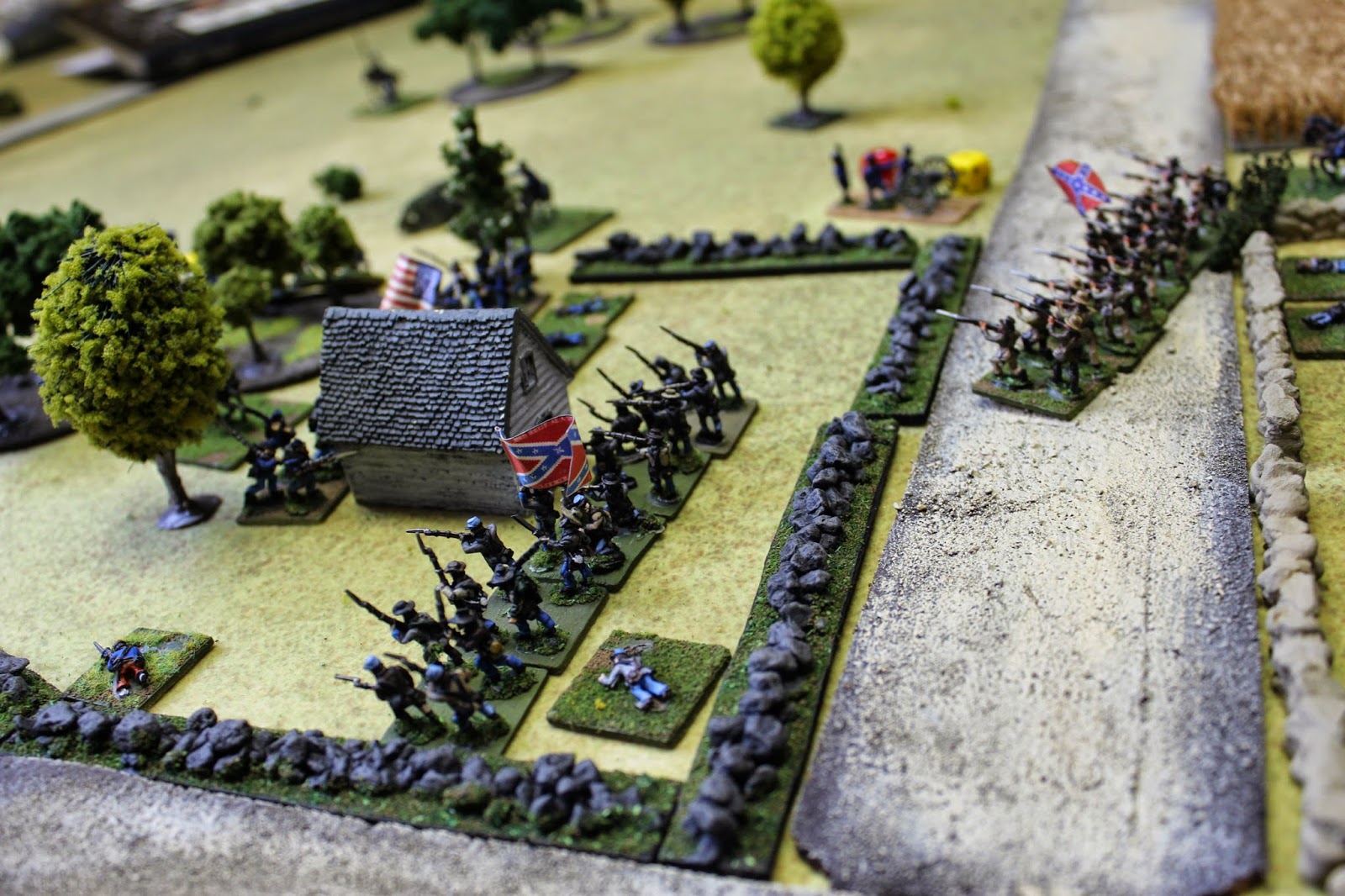 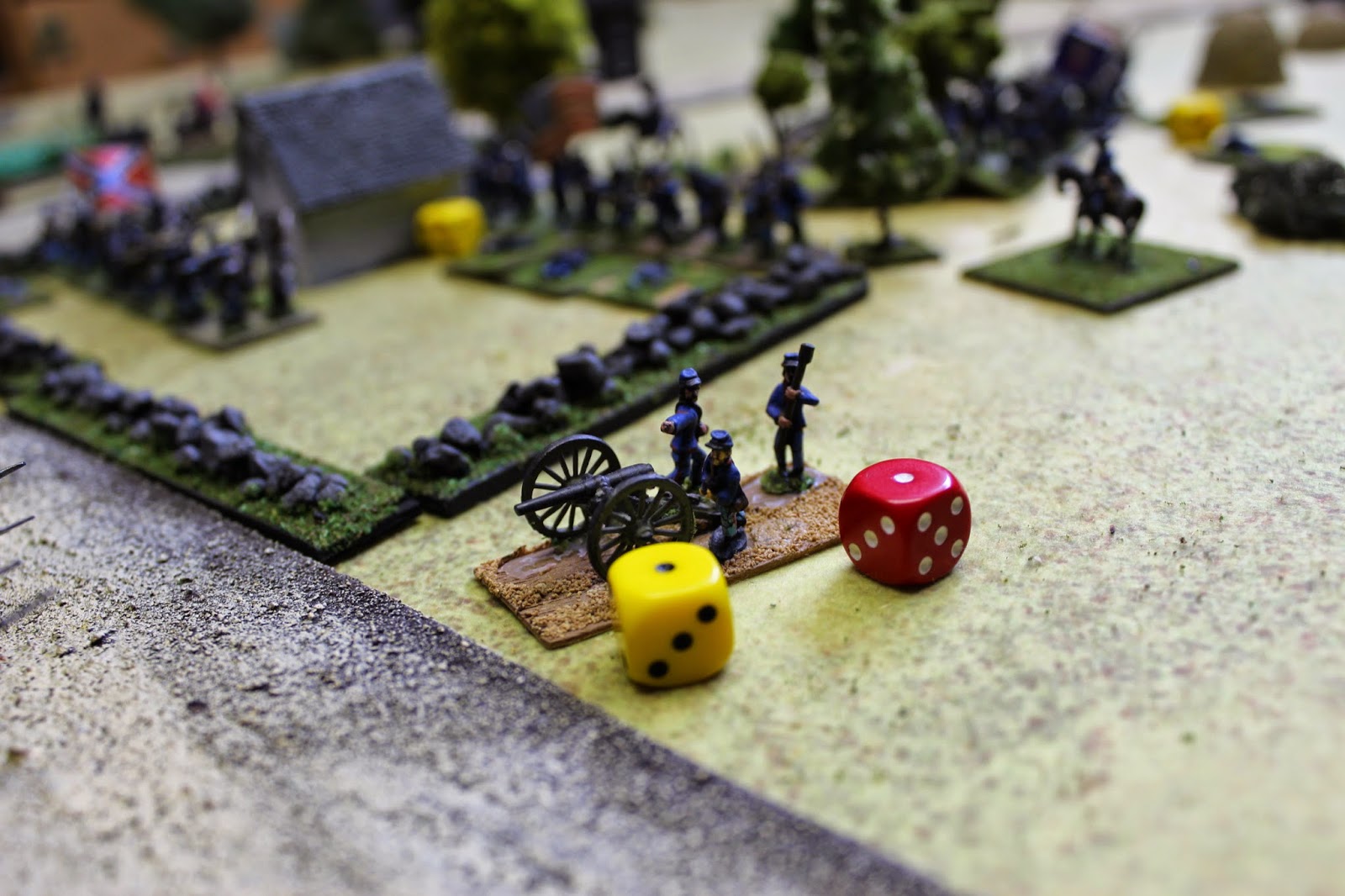 I enjoyed this game.  In Black Powder terms, it was relatively small but still used every available trooper I had.  Moving the larger formations is always tricky and stretches your Brigade commanders but I finally realized why it's good to have a Division Commander or other command element on the table.  Barksdale's commander was able to rally A crucial regiment and move some batteries at a critical time of the battle, and this fight may have gone differently had the command not been actively engagement trying to control the troops and move in reinforcements.

For Black Powder battles, I'd like to play my favorite AWI battle, the battle of Hubbardton, Vermont set during the Saratoga campaign.  I've played it once before using the excellent "Guns of Liberty" rules.  This time, I'd like to play it with Black Powder and see how it turns out.  The battle is a rear-guard action and full of colorful units, mixed irregular units, as well as line units.
Posted by Disgruntled Fusilier at 2:55 PM