Back to my roots...MicroArmor and 10mm Naps.

It's been a long time since I made any significant wargaming plans involving 1/285 scale microarmor. longer since since I've painted any.  All of that changed this week!

I recently played a game of SPI's "Mechwar '77" and it got me thinking about playing microarmor again.  If you must know, I played the very first scenario, the reconnaissance scenario, in the game's rules.  In this scenario, a troop of armored cavalry, all in M551 sheridans along with an airmobile infantry platoon, must deny the Soviets access to the southern edge of the board.   The Soviets start with 4 wheeled recce platoons, and eventually a mech infantry company and tank company join in the fray.  The game was just barely an American victory as the Soviets exited the 3 out of 4 required stands at the southern edge of the board.

While playing the game, I found I missed the larger, operational-level goals that playing at this scale entails.  So I endeavored to break out my old Cold War microarmor and get to painting!  First stop?  The Team Yankee Board Game and the "First Blood" scenario.

With my microarmor, I can play a variety of types of games and all kinds of rules, from the new 5Core Brigade Commander game, to Battlegroup, to Modern "Flames of War" without really spending a penny.  ( correction, I need to buy a few helo's, that's it.)  I used to collect microarmor (didn't we all) and I have a huge trove of it now.  All just waiting to be used.  I figured for now anyways, I'll continue to paint up my 15mm infantry and use it for skirmish games, with larger games played with microarmor. 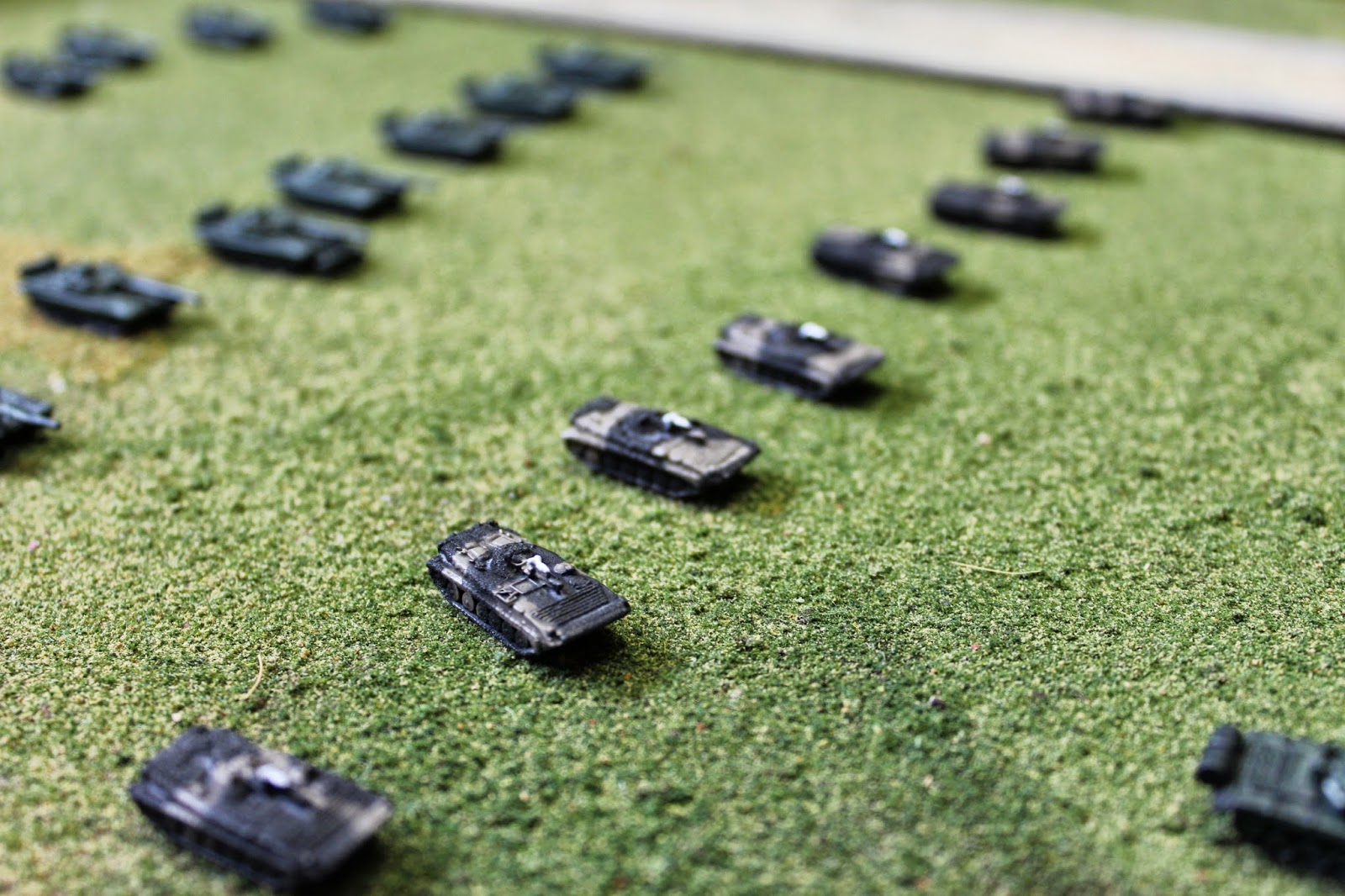 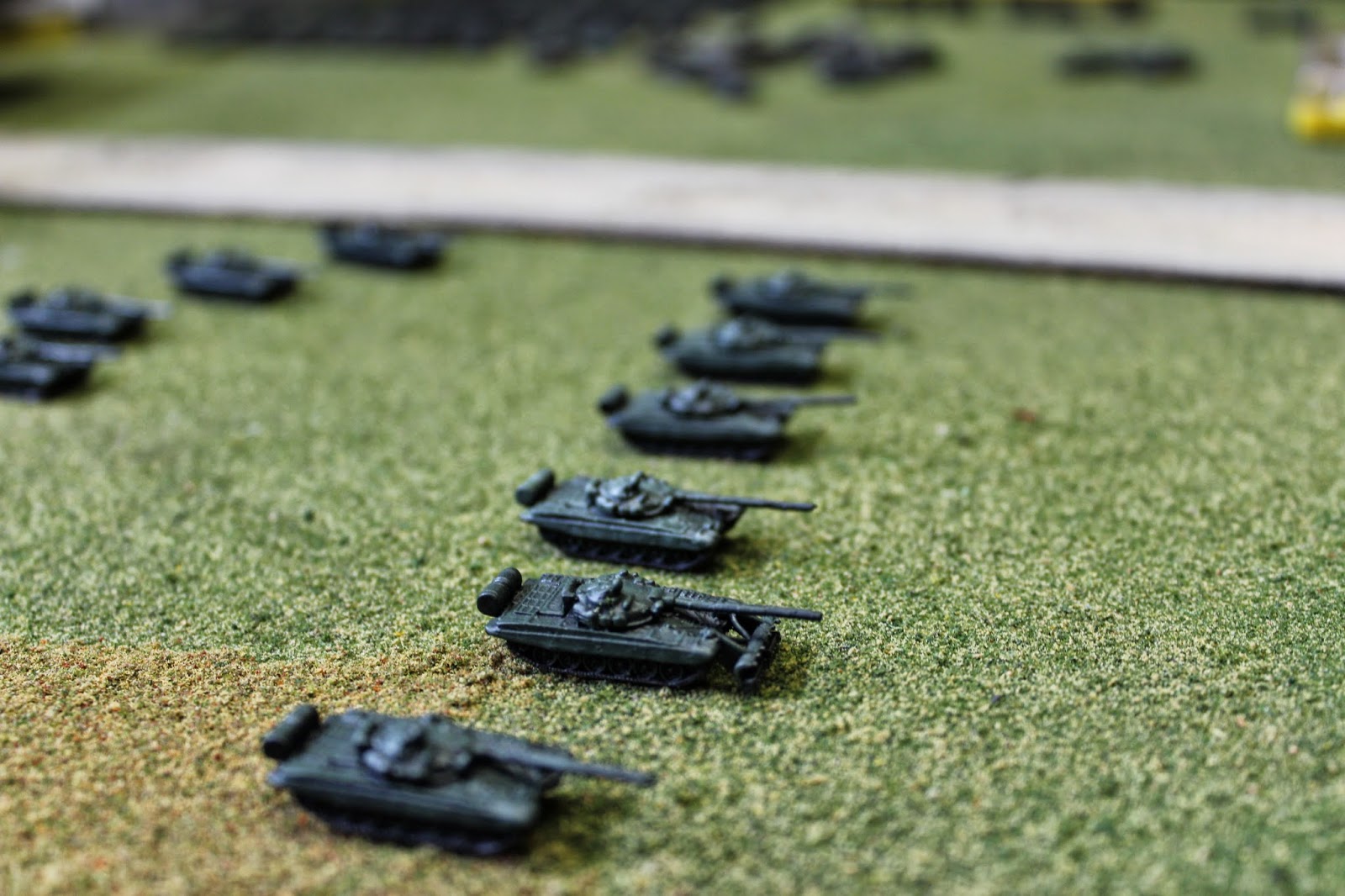 I already have a full Battalion's worth of T-72s, or a Regiment depending on the scale, including all the supporting arms I'll need.  Just have to paint up the infantry... 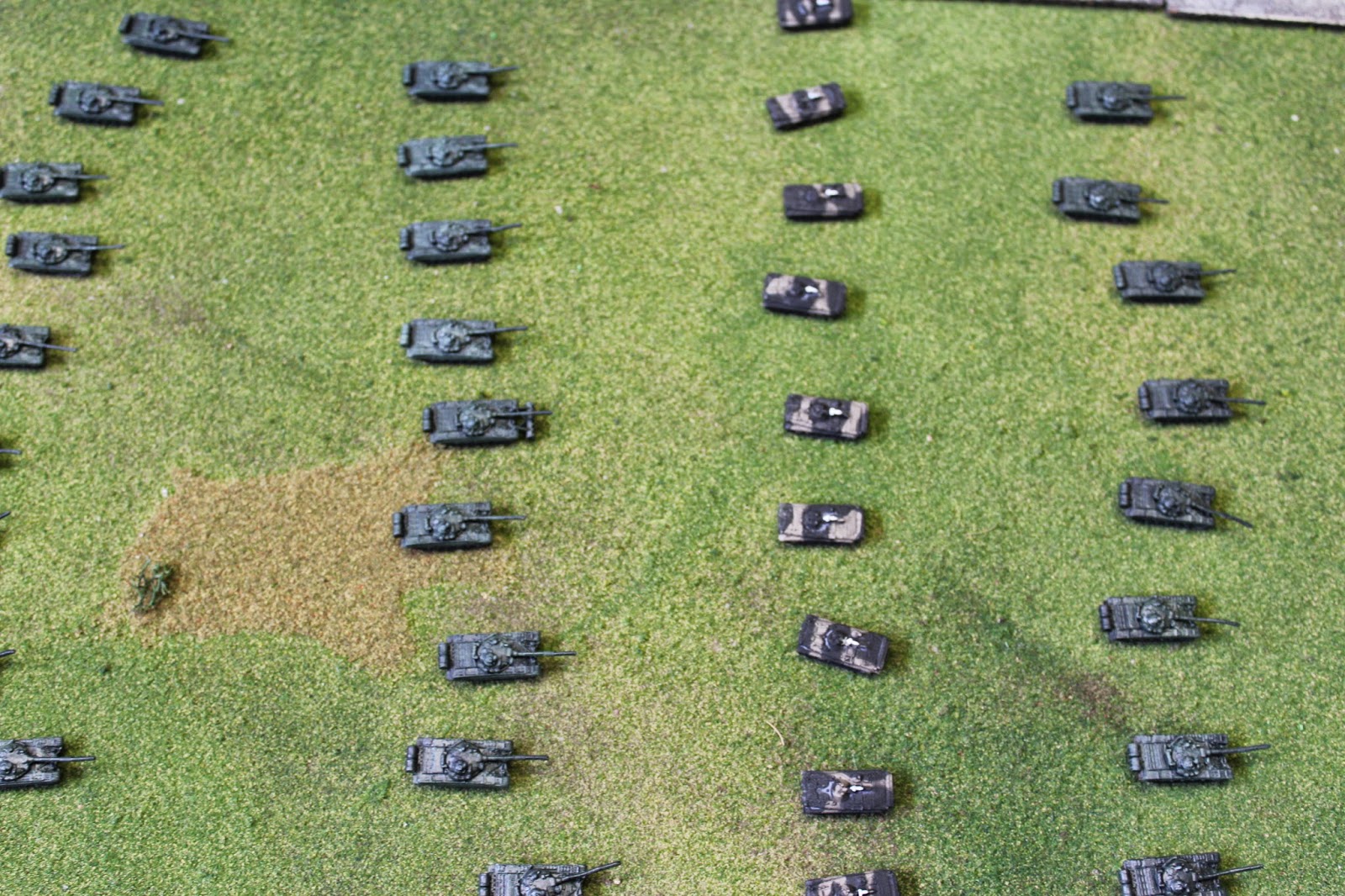 My plan is to play "Team Yankee" with ranges and movement from the game pieces doubled using 10 T-72s, 10 BMP1s, 2 BMP2s, and supporting arms.


I'm very happy with how the BMPs turned out.  I plan on using the same scheme on the T-80s when I paint them up.  There are about 60 T-80s waiting for paint....Where else can you get that kind of quantity?!?!  Battlegroup NORTHAG here I come!!!  All the toys on the table! 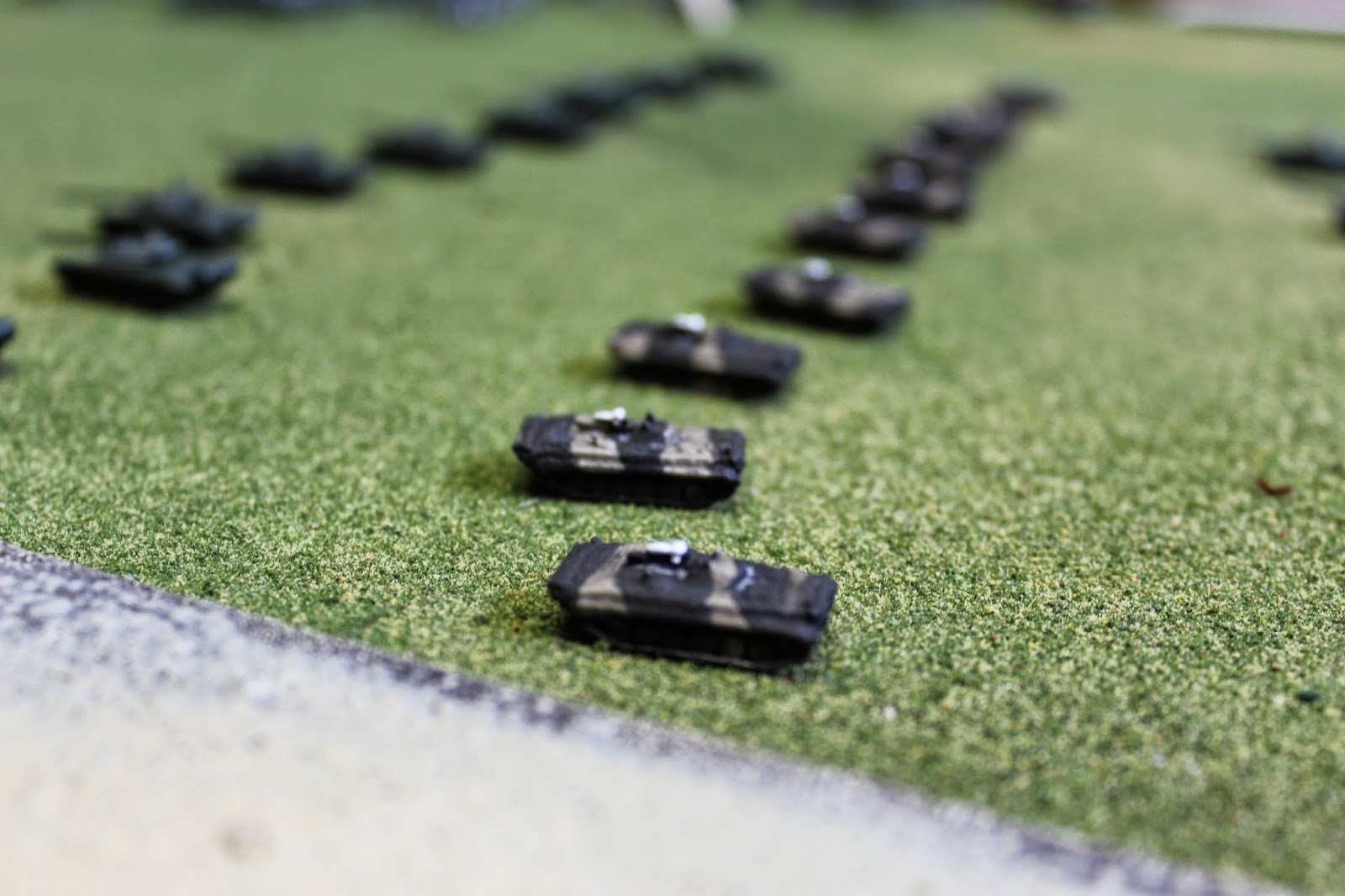 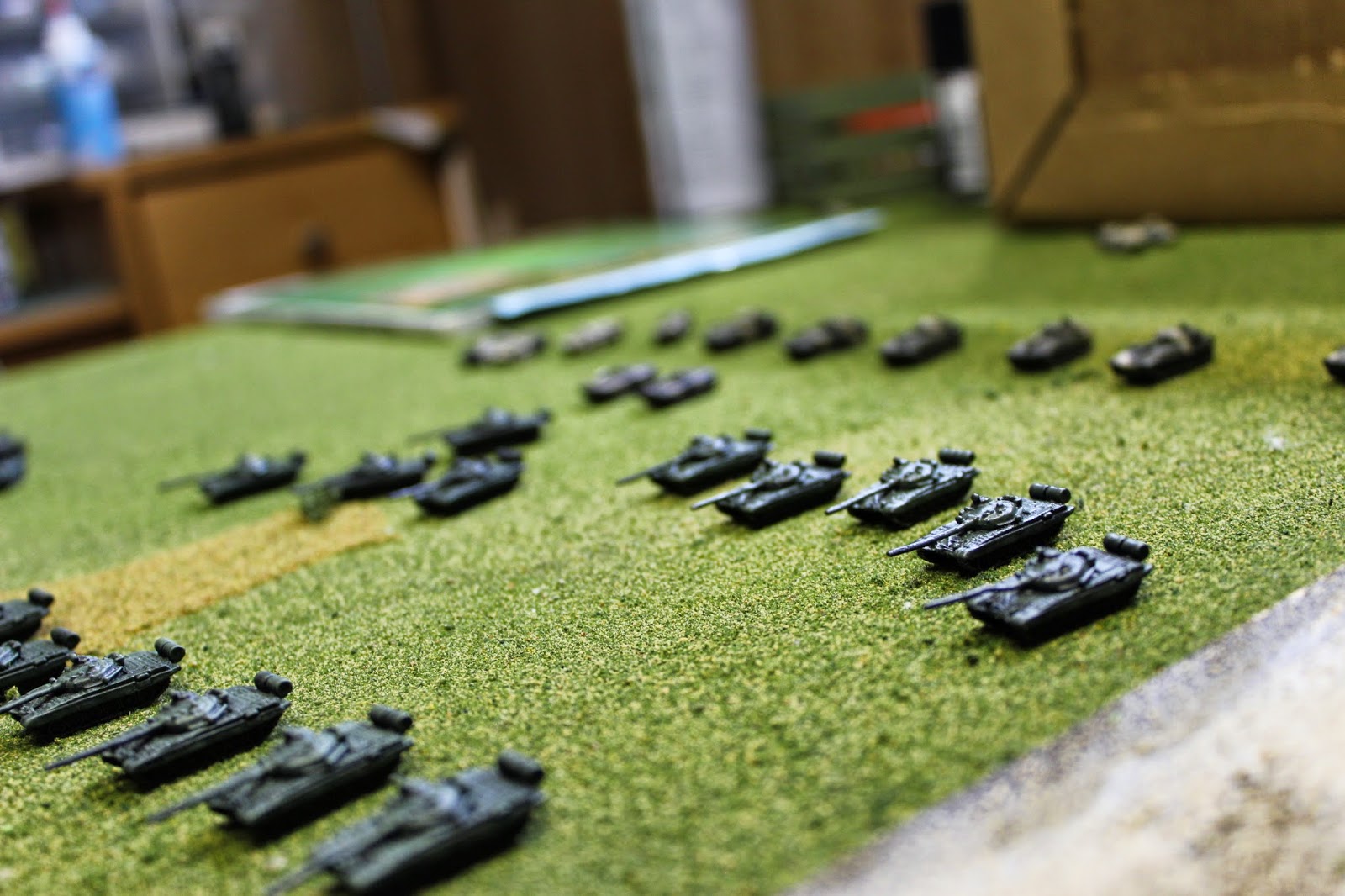 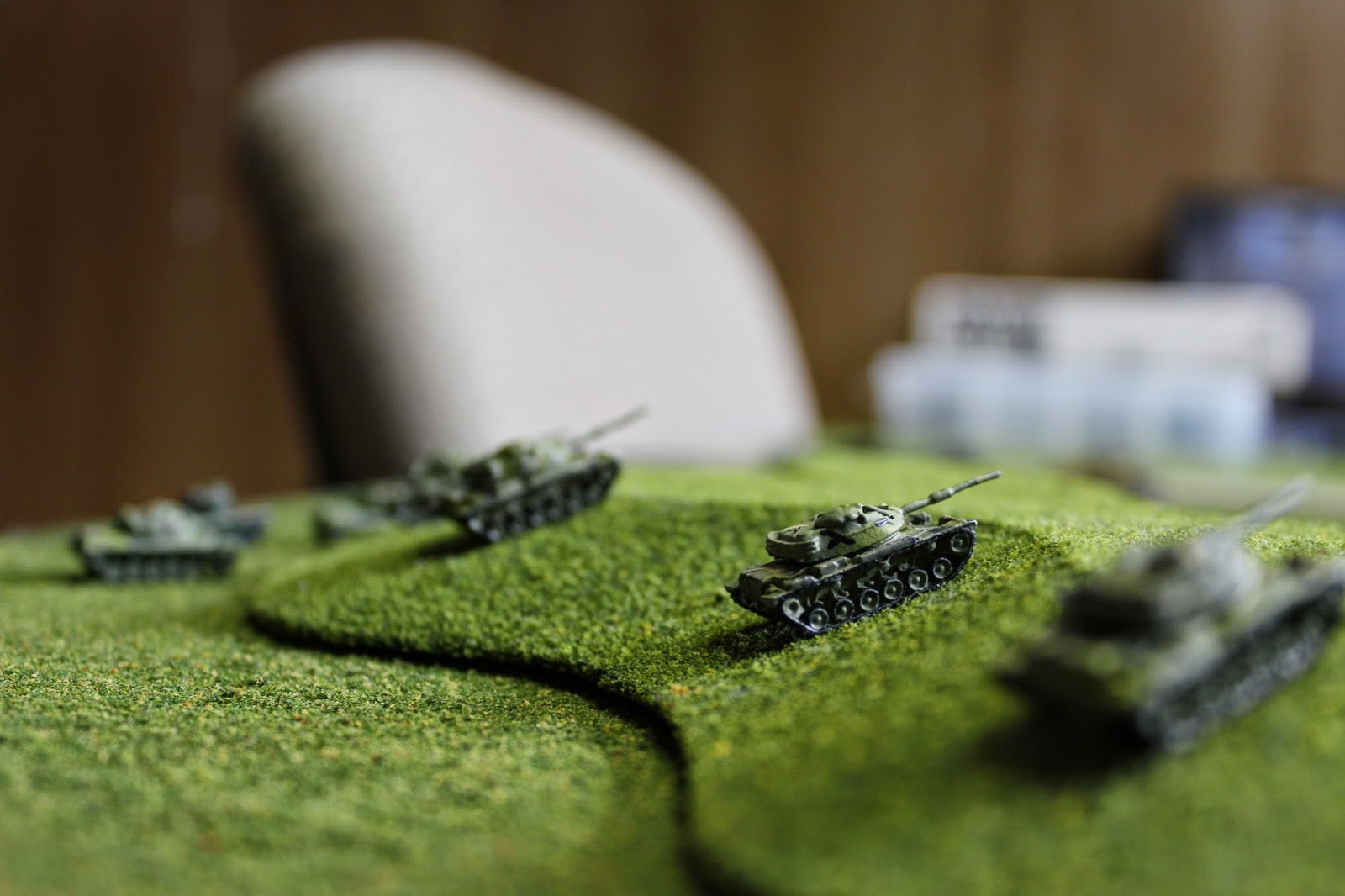 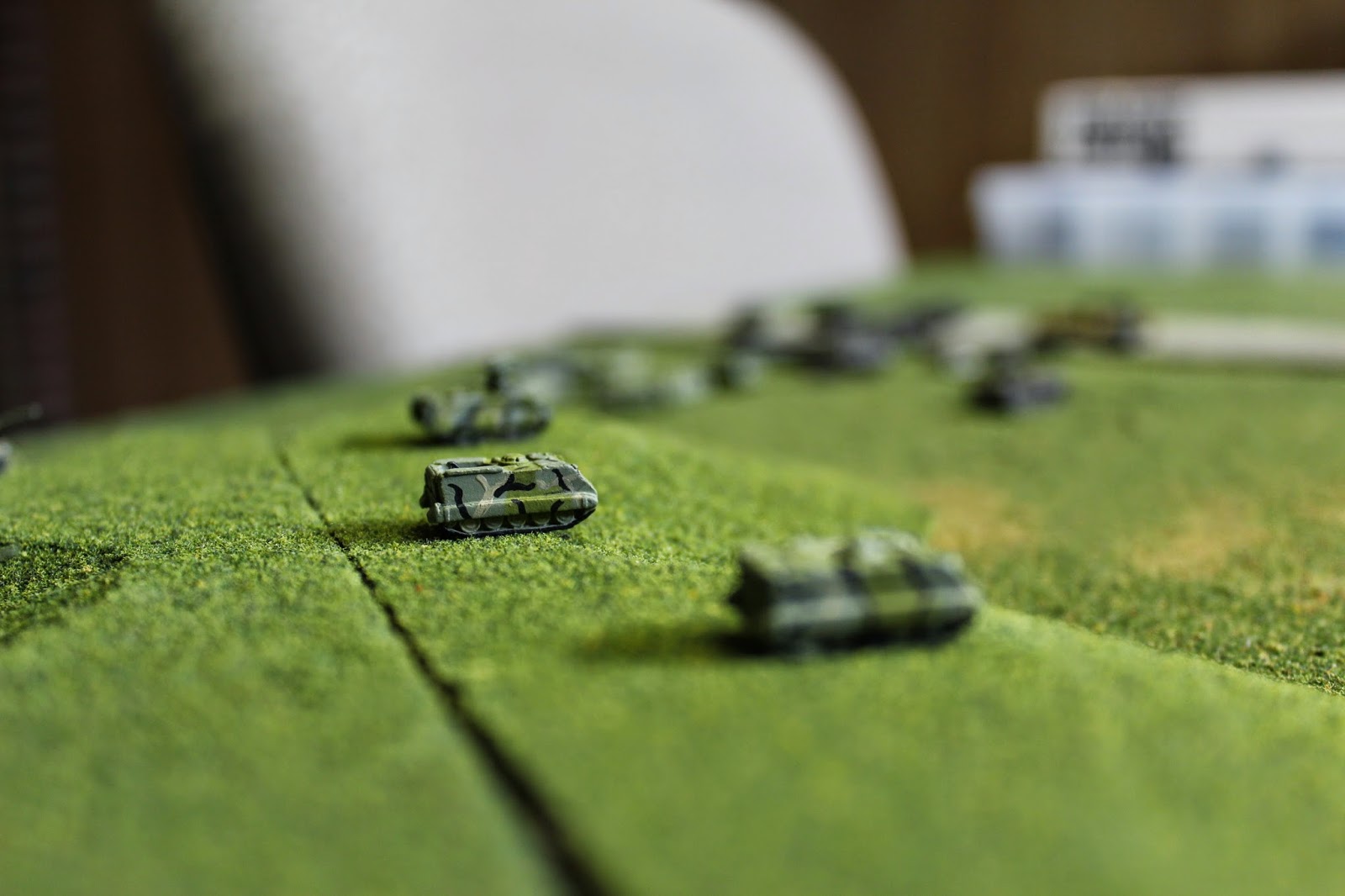 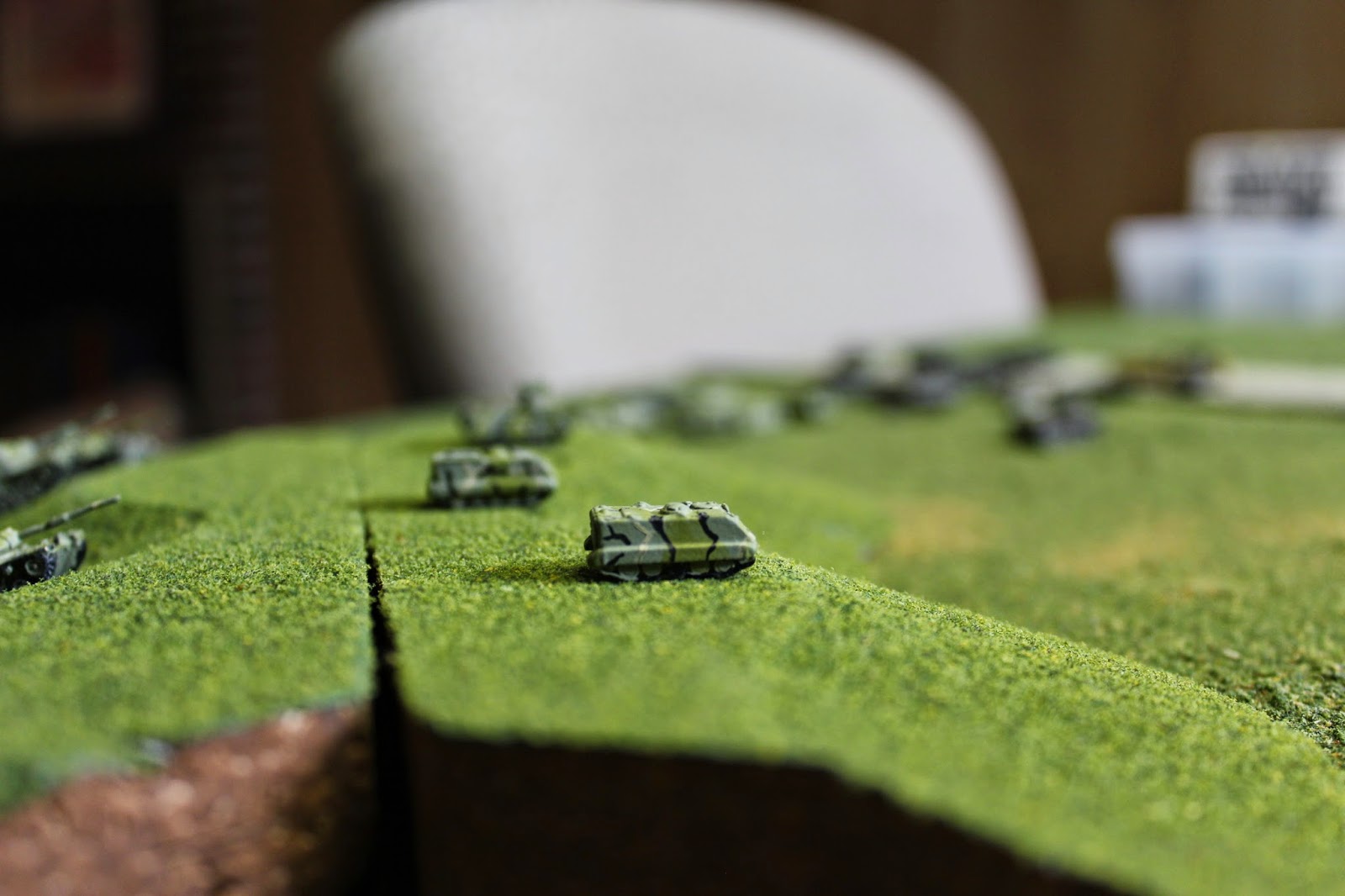 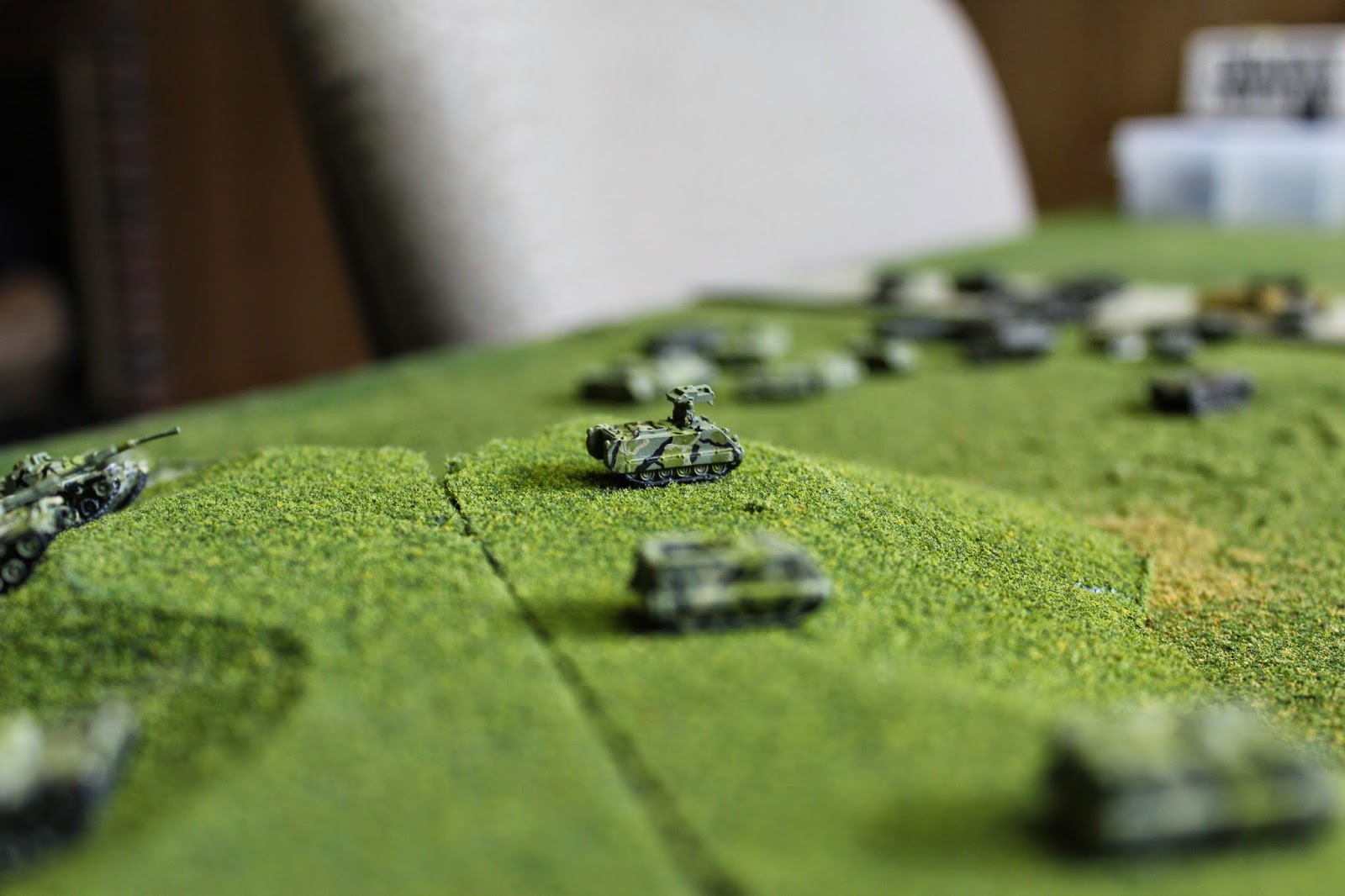 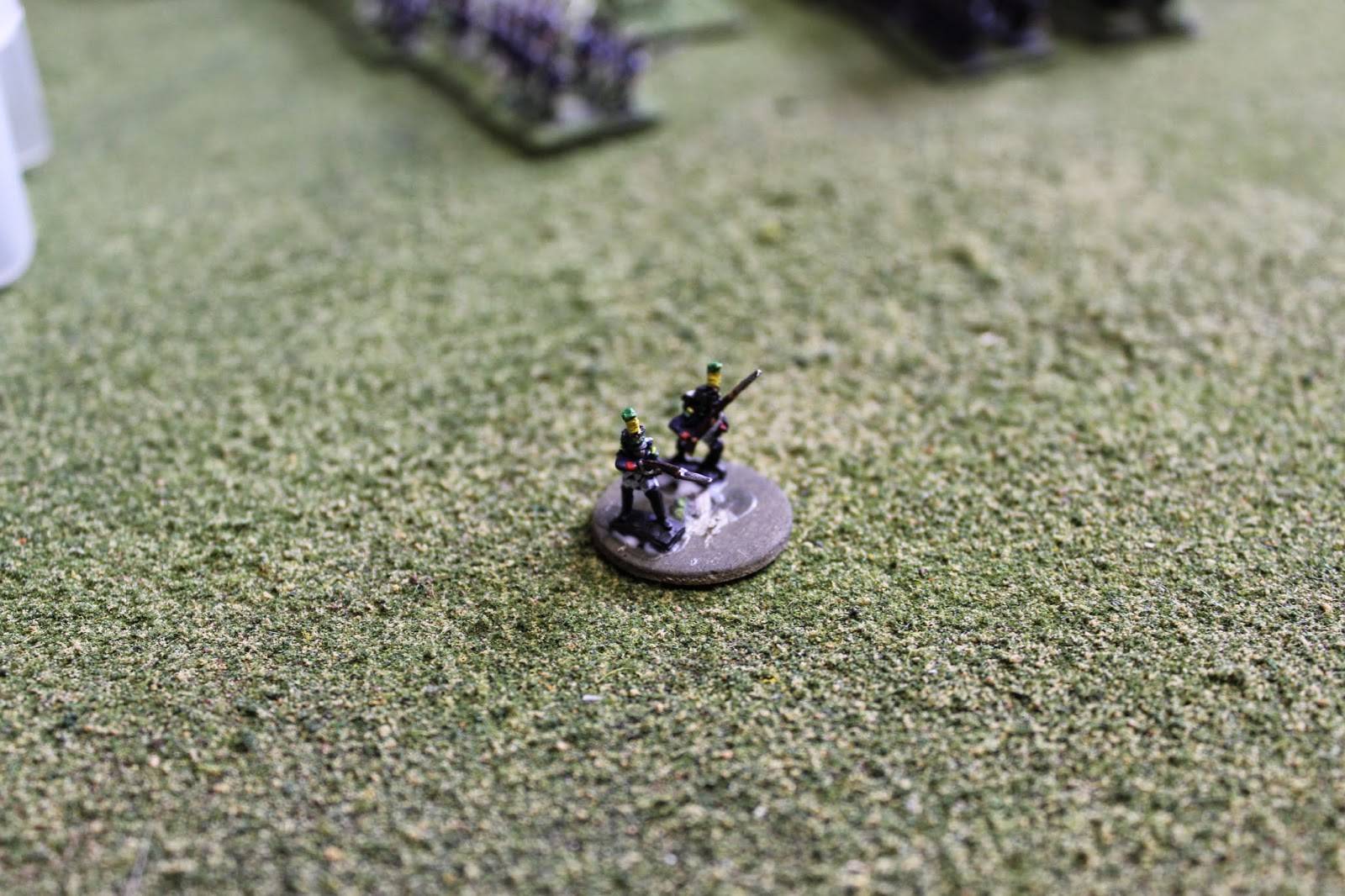 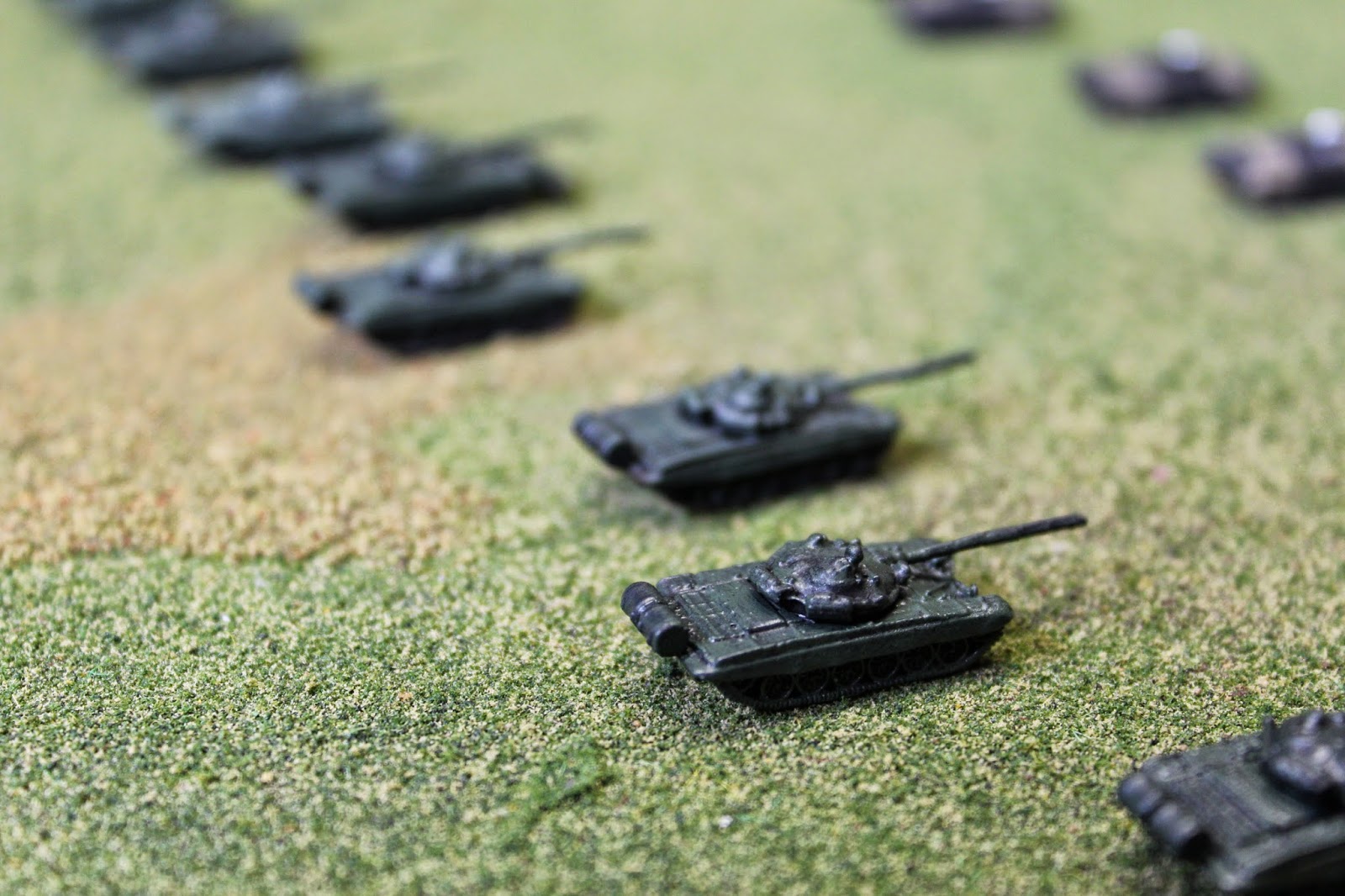 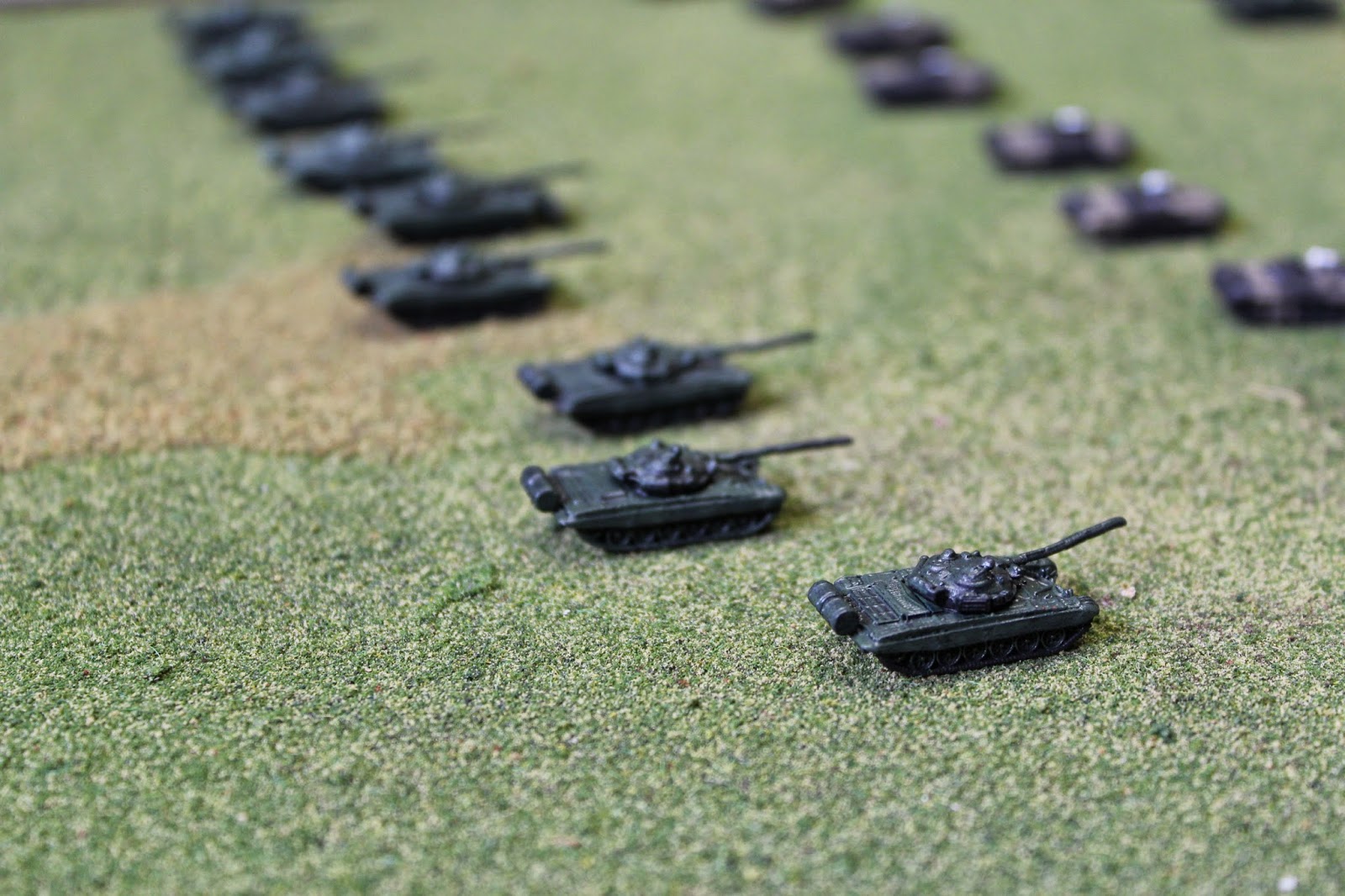 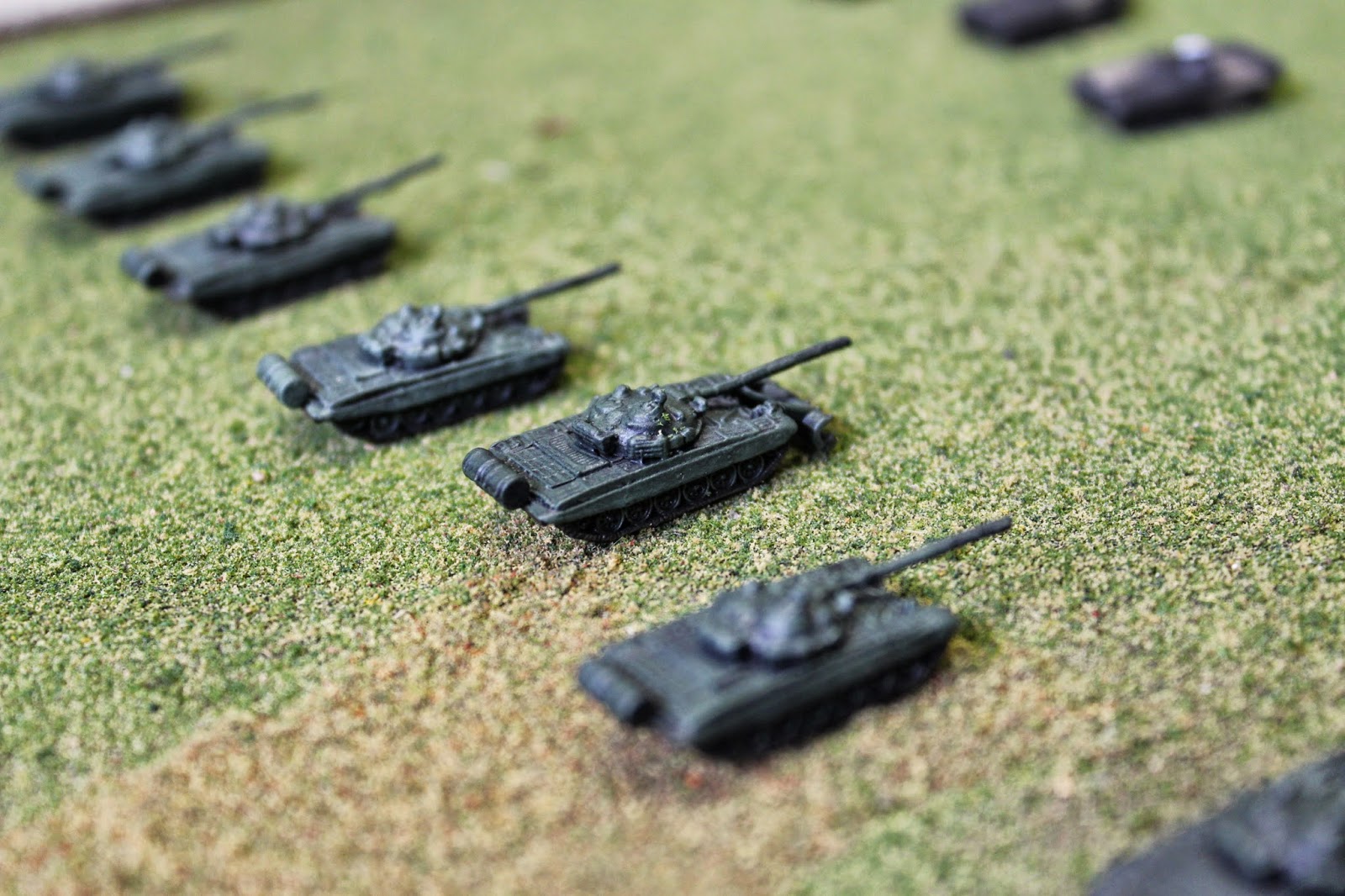 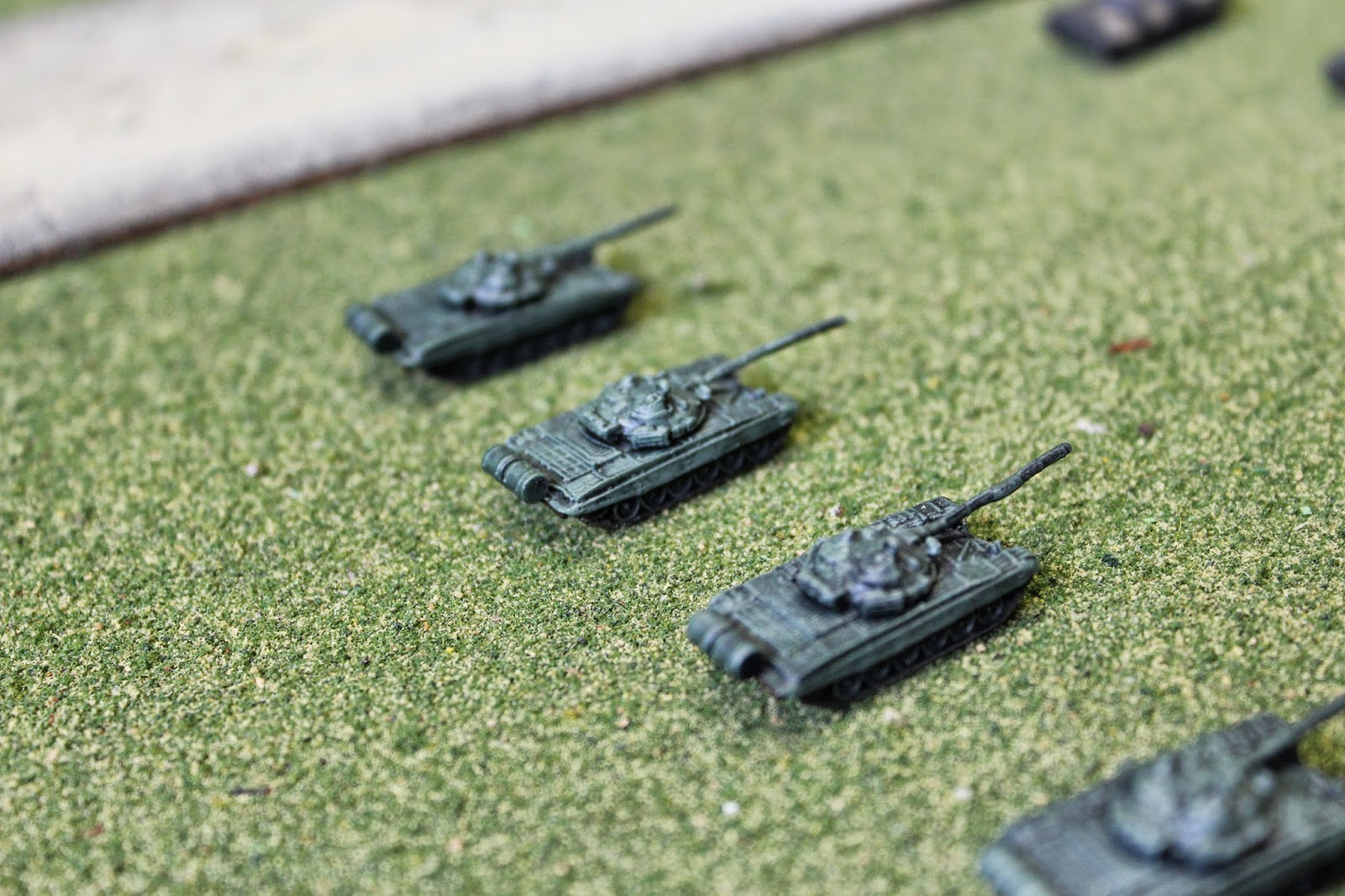 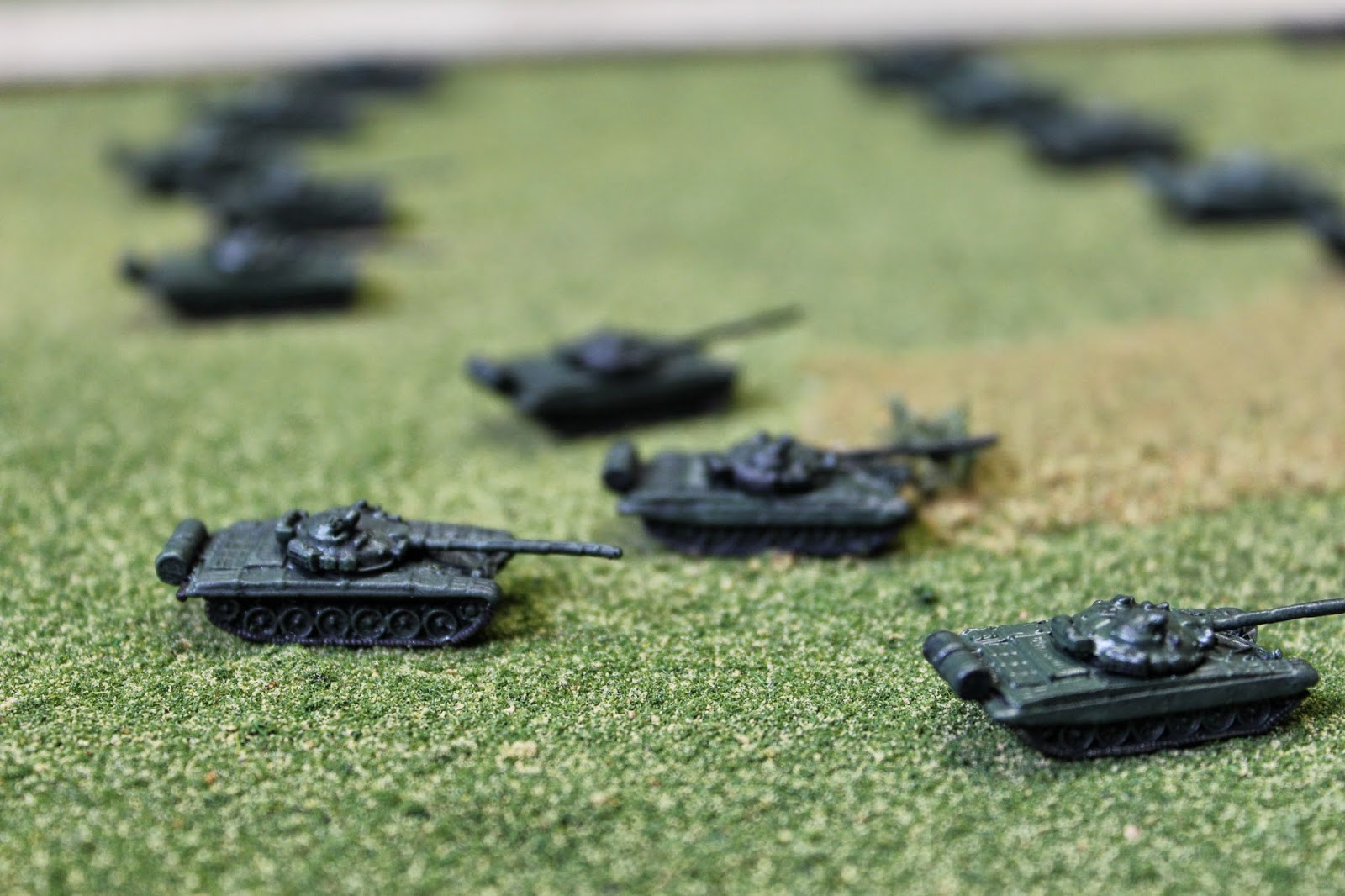 Posted by Disgruntled Fusilier at 3:59 PM