So far this hasn't been a bad year for progress (21 days into it).  Even though the tempo of the year starting off has been maddening, I've still been finding the time (miraculously) to slap some paint on figures from time to time.

Right now I'm trying to clear off the multitude of leftover projects from last year and progress is being made!

I finally finished the remainder of Light Bobs for my "Hubbardton Project" and this will allow me to field a proper Battalion of AWI Lights for use in a Hubbardton Black Powder game, or just about any other AWI game I want.  Ok ok no flock yet but it's coming!  These figs are 15mm Musket Miniatures (the casualty figures are as well).


I also had some leftovers so I individually based them for some AWI Skirmishing using Iron IVan's "This Very Ground" rules but set in the AWI instead of the FIW. 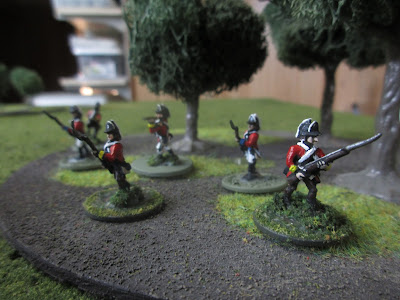 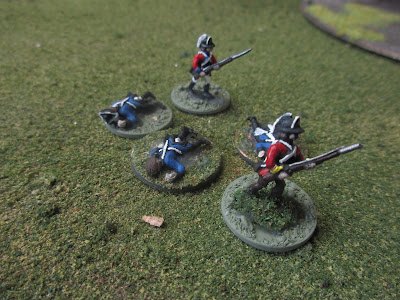 Some World War II Progress although they haven't been finished or flocked yet.  2 Soviet Weapons Stands.  Plastic Soldier Company 15mm 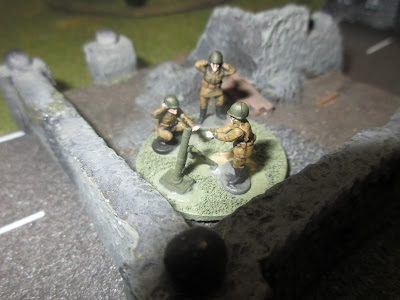 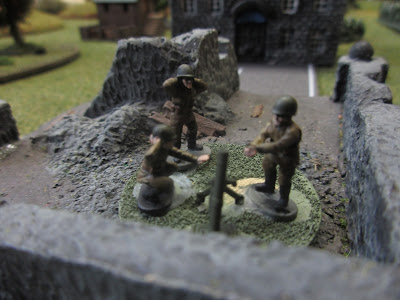 And finally my Modern 15mm Cold War stuff.  Here is a US Company Team with all the M113s washed just waiting for their detailing and drybrush and sealant.  2 M1s are nearly done also waiting to be dry brushed.  2 "johnny lightning" M1s need finished.

I also have a huge pile of assorted kit to affix to the models to give them that real "US Forces" look to them.  I never saw a vehicle going into combat that wasn't loaded with gear.  My vehicles should capture that look somewhat I think.  GIs take everything but the kitchen sink with them wherever they go.

I never saw my own soldiers so happy as when our Fire Direction Center (M577/M1068) showed up in Kuwait before we all crossed the berm in 2003.  "are you guys happy that you can train now?" I asked them "Hell no, sir. the microwave and coffee pot are in the track!" 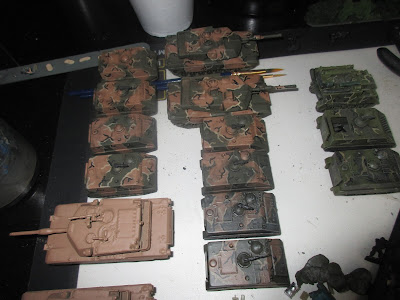 Posted by Disgruntled Fusilier at 3:31 PM