Well with our record breaking snows here in the Northeast US some of us weren't going anywhere this past weekend, unless our jobs took us there.  My long weekend just happened to fall on this one and since work never called me in, I decided to get some "stuff" done in between bouts of shoveling our driveway out!

That stuff includes finally assembling 2 of my larger 4Ground 15mm buildings, painting some miniatures including some "proof of concept" figs testing out 15mm multi cam camouflage, and putting some 8th Army British desert rat units together, and also assembling some of my Battlefront "Potecknov's Bears"!! The multi-cam test shots and the 8th Army Brits I'll cover in later posts...

Okay more on the Soviet Naval figure.  So part of my huge Ponyri project was somehow modeling WW2 Soviet paratroopers.  While they look pretty much like other Soviet soldiers, I still wanted to give them a more distinguished look (even though they didn't get the beret for awhile) so I'm using these Command Decision Soviet Naval Infantry troops for WW2 Soviet airborne, giving them their distinctive blue beret.  Hence the khaki uniform.  I know, I know, heresy, but I don't care!!

My plan is to base a Company, or 12 stands, of these guys for use in Crossfire games or something else, including my Ponyri Station project, where Soviet paras reinforce the defenders in the town at some point in the battle.  In that game, each stand would be a platoon, but I'm ok with that. 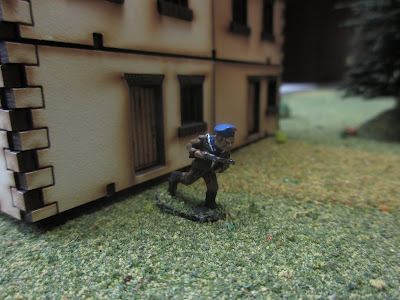 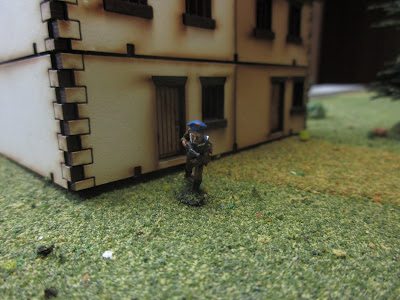 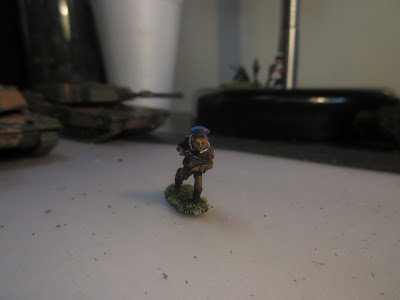 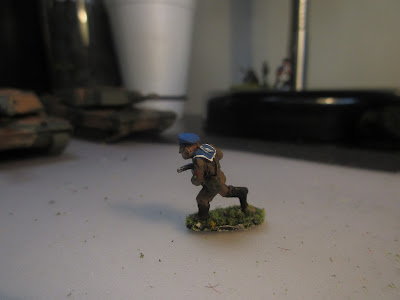 And moving on.  I had found this guy who was supposed to be a British AWI trooper but instead I gave him a brown jacket and cotton pants and am using him as a state line troop who will be individually based, along with a company more of them for "This Very Ground" skirmish games.  There were some nasty AWI fights along the PA/NY border between the loyalists and patriot militia units so I thought it might be fun to have a go at some woodland AWI action this year some time. 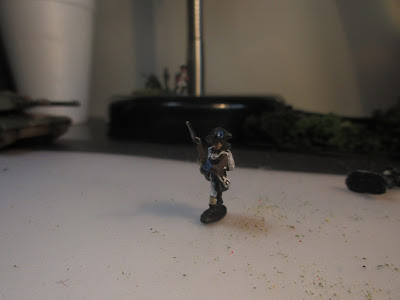 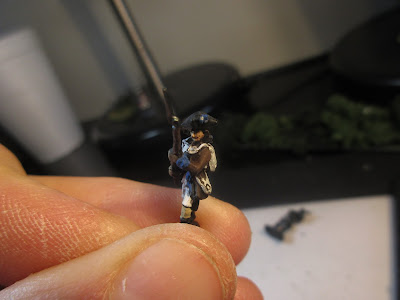 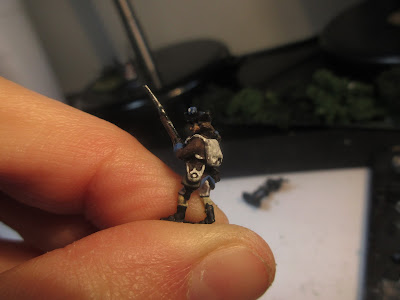 Now the moment you've all been waiting for - the first platoon assembled of "Potecknov's Bears" who actually look pretty sweet!  These are really amazing models here! 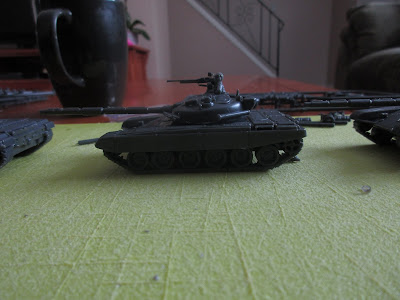 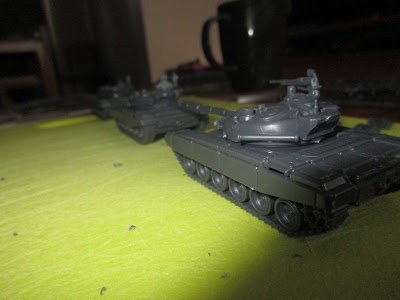 Okay that's all for now.  Still have the Multi Cam proofs and the 8th Army Desert rats to showcase in a few upcoming posts.  Stay tuned!


Posted by Disgruntled Fusilier at 1:19 PM