"Put Up your Sabers, Draw Your Pistols, and Fight Like Gentlemen!"

First off, please let me must apologize for the long period between posts.  I've accepted a new position at work that unfortunately comes with more responsibilities and less free time as it were.  Anyways, that aside, along with April's ACW theme, I present to you my first ACW Confederate Cavalry Squadron.

I think this calls for a special give-away!  Stay tuned gaming fans...

I styled these guys more after my own imagination than any actual unit, but I imagine they fight the bill rather nicely.  I love the fact that some are in kepis and some are in "cowboy" hats.
The squadron is armed to the teeth with carbines, shotguns, pistols, and of course, cavalry sabers.  I was originally going to base them on larger 1 1/4" bases but decided against it to keep the base size small.  This way I can plop "many" of them on a Volley and Bayonet "sabot" and go from there (or a sabot for "Battle Cry"! Which I am dying to play soon.) 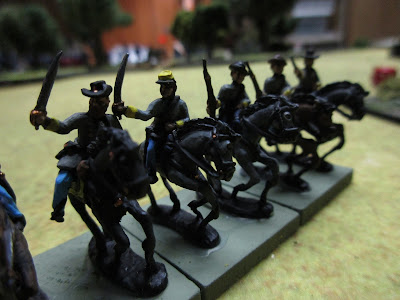 Anyways, if you had to pin them down, I'd like these guys to be of the famous 7th Virginia Cavalry, but again, they'll fit in wherever they happen to serve - Arizona or Oklahoma, Missouri, or alongside the Confederate Light Brigade in the Army of Northern Virginia. 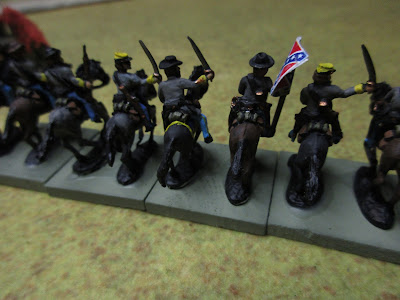 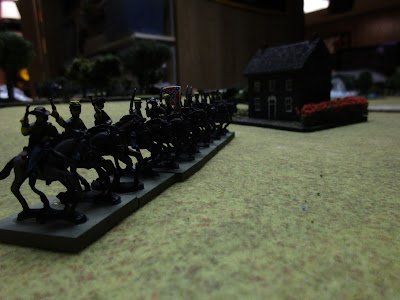 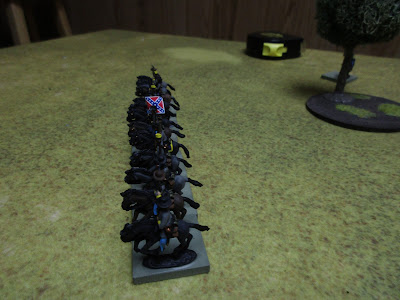 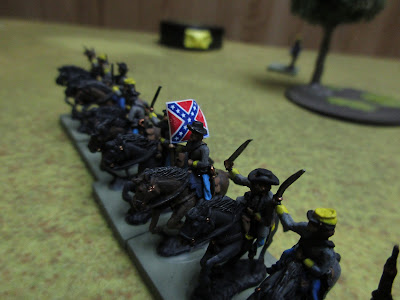 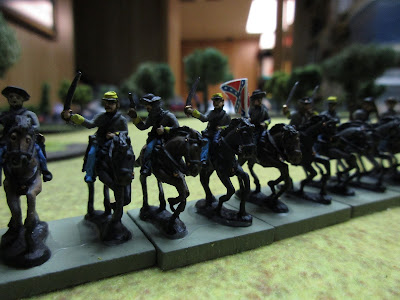 I made them 6 bases, but added another base just in case someone wants to be particular about frontages.  If you divide them up, there is enough for 2 Volley & Bayonet sized Brigades in addition to 1 Cavalry Skirmisher, or "Battle Cry" Cavalry units, 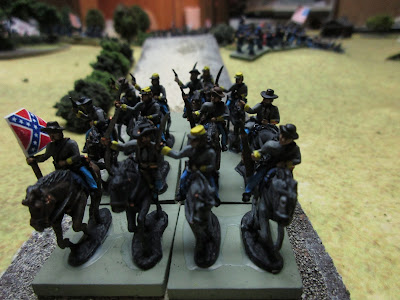 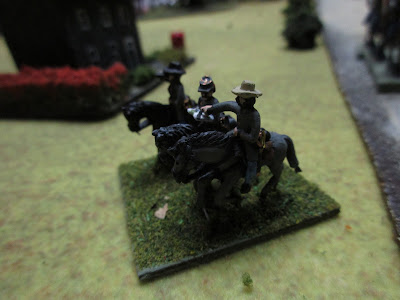 And the same Union stand as well.  Although these fellows don't exactly look like they know where they're going.  The sand on the base will be painted and dry-brushed soon. 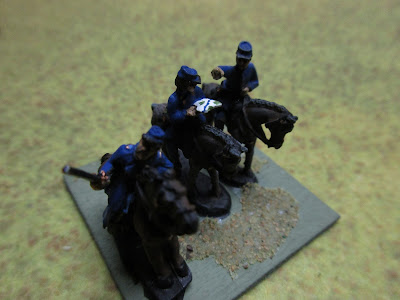 Last but not least, a Confederate Regiment.  These are Musket Miniatures "confederate soldiers firing". 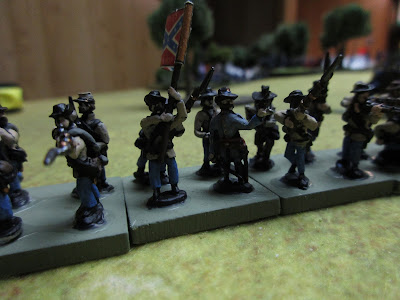 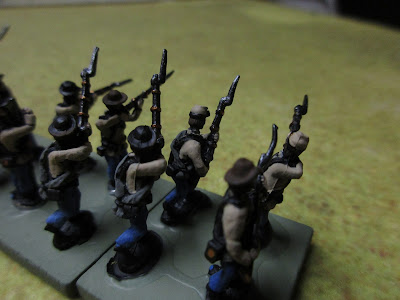 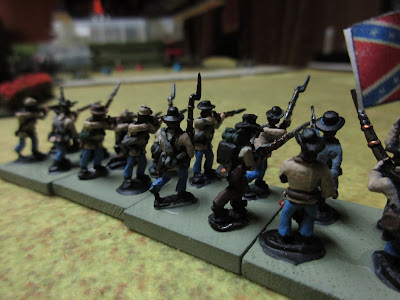 And now for a few surprises....

And finally, an experiment.  6 stands of Confederates plopped on a base testing out for "Battle Cry." Since these are my standard sized bases, they'll work equally well for Command Colors Napoleonics and I already have the sabots to use.  Just need a hex mat and I'll be good to go!  So next up?  One more Union Regiment, Battery, and a Union Cavalry Squadron and that will bring the ACW project to a close for this year. 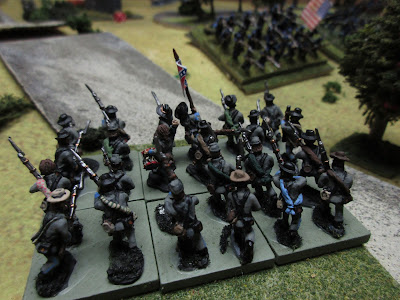 Also, congrats and welcome to Charlie from "Nut Case in the Dark" - my 200th Follower!  That's right, we've hit the big time here at SOUND OFFICERS CALL!
Posted by Disgruntled Fusilier at 7:46 PM