I wanted to post a few more pictures of the terrific Battlegroup: Kursk mega game David and I participated in at historicon!


David and I realized that to attack through the woods would probably be madness, considering Ivan had probably a full platoon + in the woods and bunkers!  Reinforced concrete bunkers!  So we decided to bank on our "mobility" in the form of our tanks and 251 halftracks.... 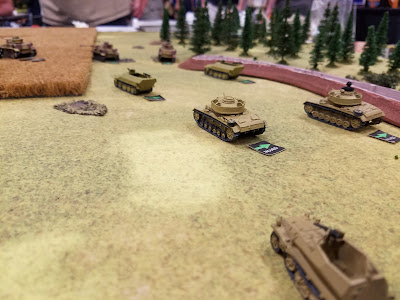 Something interesting, and historical, ended up happening during our painful slog forward.  The infantry got stripped away by Soviet artillery fire, exactly as happened during the actual battles during Kursk.  Our armor made it where they wanted to go, but couldn't assault or hold any objectives!

River crossings are tough.  Probably even tougher when there are vicious Ivans throwing the kitchen sink at you.


Lots of people stopped by to check the game out as well.  Not as many toys as a flames of war game, but definitely a spectacle to behold.  Anyone who knows me knows I LOVE the Kursk / Ponyri campaign!

My infantry were able to claw their way into the Soviet trench but were promptly destroyed by Soviet counter attacks.  We never did reach that objective (or the forested one - David's tanks made it but Ivan's morale collapsed before there was a big assault). 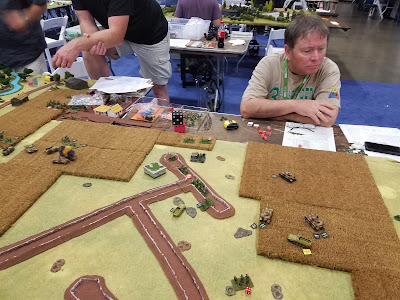 In an interesting stroke of luck, David had an opportunity to outright kill the Soviet ground commander - but didn't realize it was him.  That's probably what this pic below is saying! 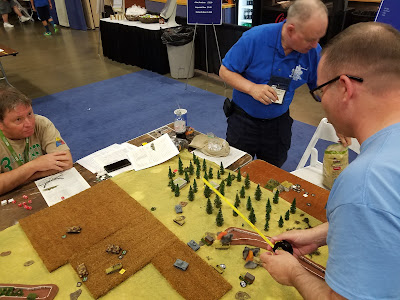 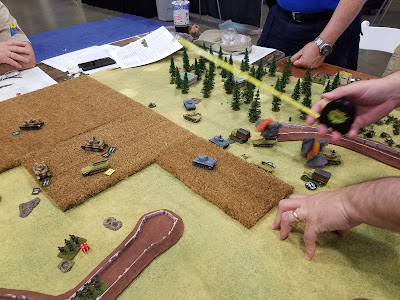 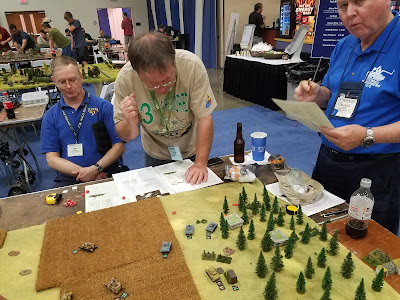 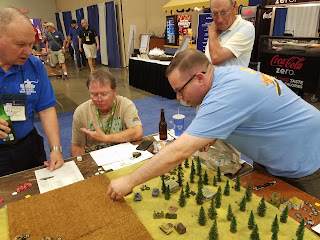 All in all a GREAT time and frankly resurrected my spirits in Battlegroup: Kursk!  I may head into the basement and rescue my "Skirmish Campaign" game "Red Guards and Kursk" and "GrossDeutschland at Kursk!"

Posted by Disgruntled Fusilier at 6:37 PM