Not much progress this weekend on the modeling/gaming front but I was able to crank out the 9 figures that will encompass the Headquarters of the 1019th Rifle Regiment as well as the 2 HQs of its subordinate Battalions.  In RAPID FIRE speak these are small, 3 figure HQs but in the advanced rules of RAPID FIRE, they become important in both rallying and the issuance of orders.  Plus I love modeling the numerous "ash & trash" units on the "periphery."


I've decided to knock out the 1019th first, then do the 1023rd Rifle Regiment next.  At least the HQs units are done!  Each battalion will be 41 figures.  I will utilize the existing painted figures I already have for the 1023rd.  The 1019th will be completed from scratch. 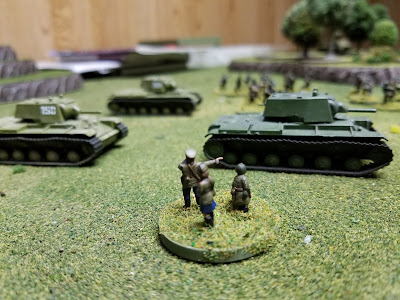 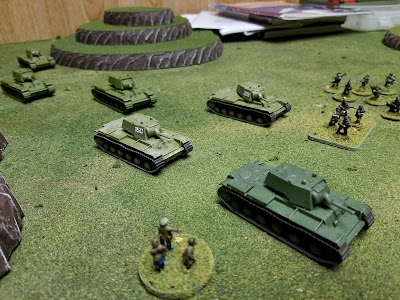 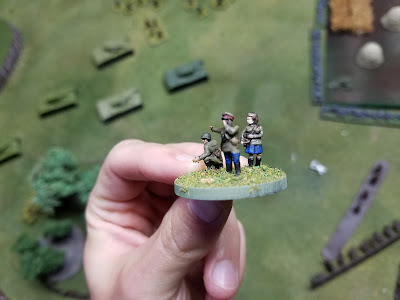 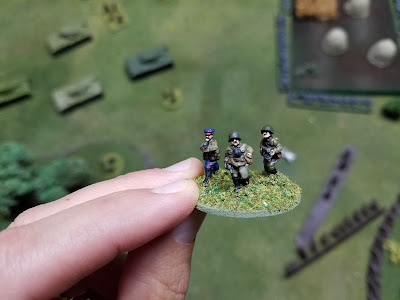 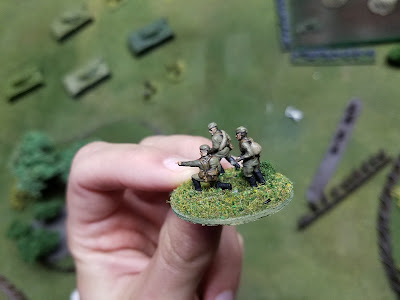 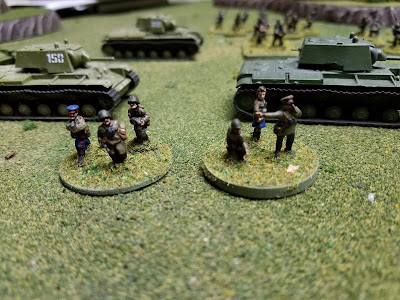 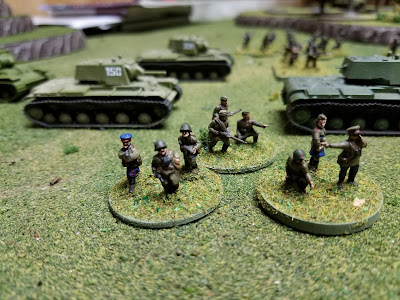 And just to satisfy the modern masses, I was also able to work more on my VDV air landing company.  Now they at least all have their uniforms.

Posted by Disgruntled Fusilier at 8:35 AM