After another exhausting week, Dave came over and we played almost a full turn or 2 of Black Powder!

There was much to catch up on, and we ended up chewing the fat and BS'ing for a couple hours, with the miniatures taking a secondary role to conversation.  I did want everyone out there though to know that "rumors of my demise have been greatly exaggerated" and that I'm still around.  Just not blogging as much the last 2 weeks... 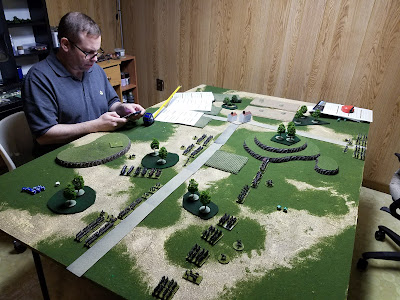 Our scenario was a French attack set in the Peninsula.  The units consisted of an Anglo Portuguese division fighting against a big French Division.  We also had a small Cavalry Division on each side which definitely added to the excitement, for the turns we were able to play! 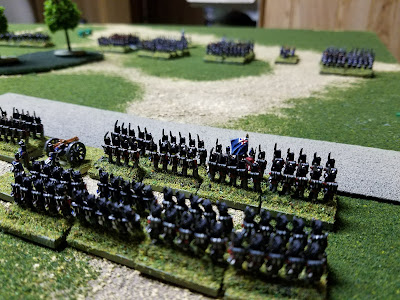 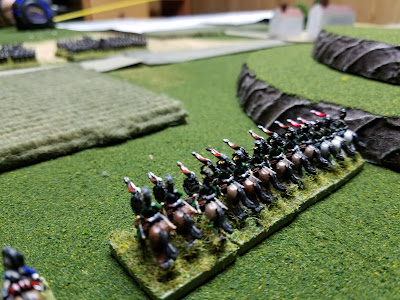 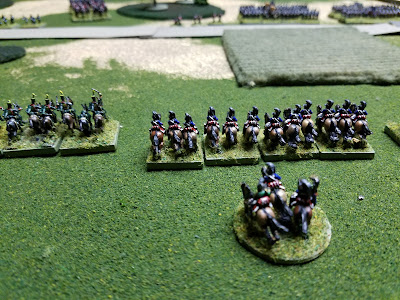 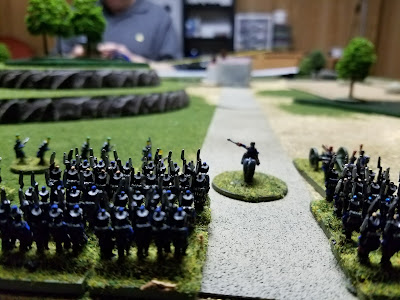 The French advance the line forward, with the Cavalry moving up (uncharacteristic for me) to threaten Dave's center.  He's not worried, though - he set up second :)  Dave has his Cavalry directly in front of mine and the stage is set for a swirling Cavalry engagement. 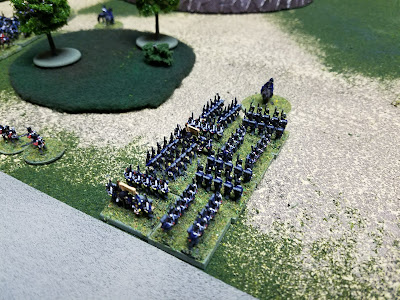 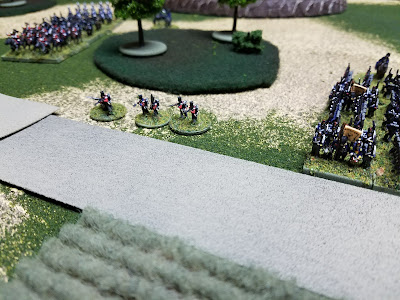 Dave launches a dastardly spoiling attack at my Cavalry and, true to his word, vaporizes a unit of Hussars attacking it with 3 Cavalry Regiments, simultaneously.


Dave wins the melee hands down (18 attack dice to 6 you do the math).  He scores a breakthrough Charge and my Dragoons evade!  They're too powerful not to. 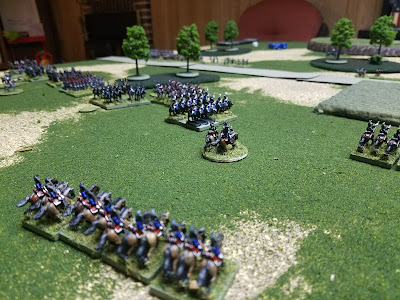 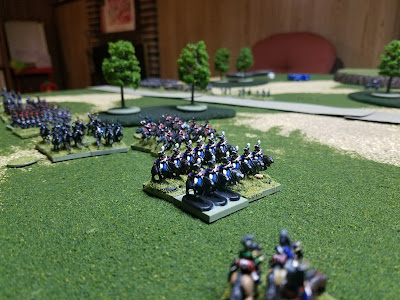 The action kind of stopped at that point and we ended up spending the rest of the evening discussing rules and gaming. 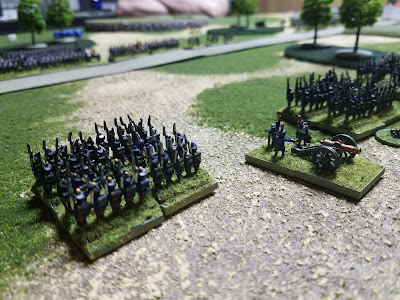 The action kind of ended there but I left the game up so we could continue.  You have to love Black Powder, perfect for a Friday night's game - even if it was only 3 turns!

Posted by Disgruntled Fusilier at 9:06 AM