Hail of Fire Game: Against the Odds!

This past Sunday after I was still motivated from all that gaming action at Cold Wars, so I decided to play a game of HAIL OF FIRE, eastern front of course! 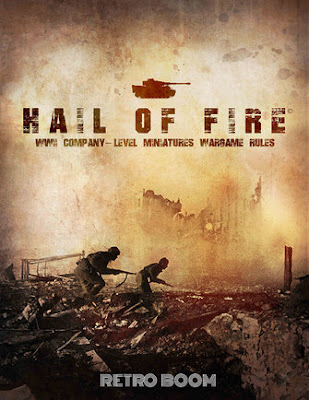 This game featured a Soviet Infantry company (-) and a heavy tank platoon of KV-1s trying to overrun a reinforced German platoon with an HMG section and 2 x PAK-40s in support!  I was almost certain the Germans wouldn't be able to hold out...

The Soviets had the first move and after moving the infantry up, decided on moving the tanks out!  KV-1s rumbling up to the front!  Also, the astute among you will notice that the KV-1 isn't on the HOF stats.  I gave this beast frontal armor of "3" but side armor of "1" to give it some vulnerability. 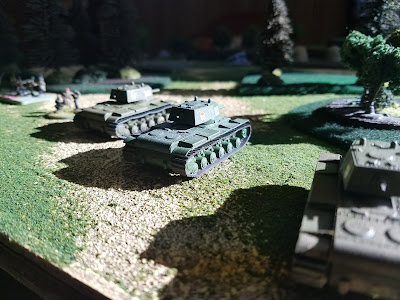 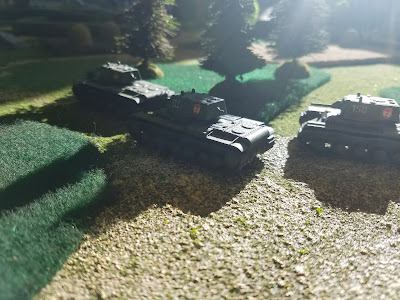 The Germans wait until the Soviet turn is over and decide to place the Pak-40 sections on the table, directly in front of the KV-1s!  They shred them with a devastating initial volley, inflicting an RFP on the 2 lead KV-1s and an extra one on the point vehicle. 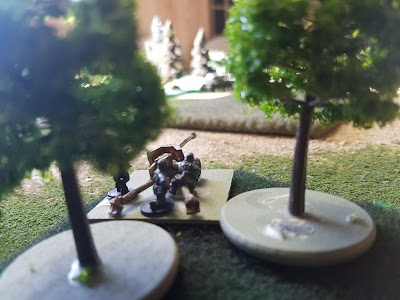 The Soviets try to use a hero point to shoot back and when they resolve the RFP things don't go that well resulting in the lead KV-1 suppressed and the middle KV-1 KO'd!  The KV-1 platoon bugs out after failing their morale test!

Interesting question posed here - if you have RFPs on a team can you attempt to react?  I did here, took the Received Fire Checks and the lead KV-1 was suppressed.  Would I have been allowed to attempt to rally him there?  Remember, this was a reaction! 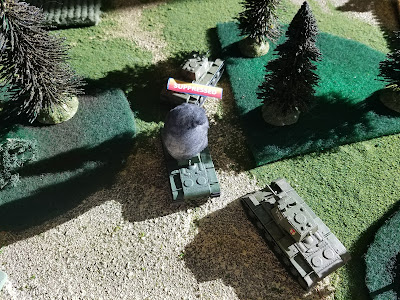 The burden of the attack will fall on the Soviet infantry and pure numbers to win the day! 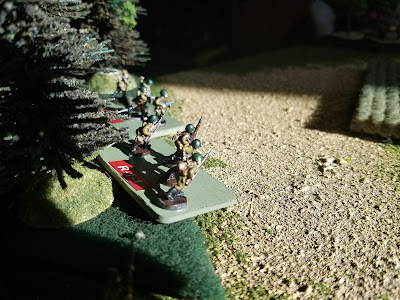 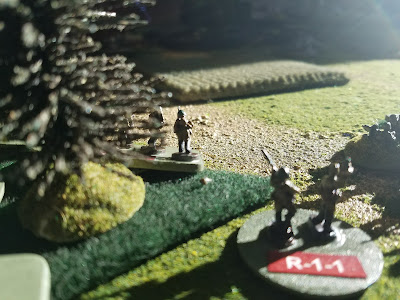 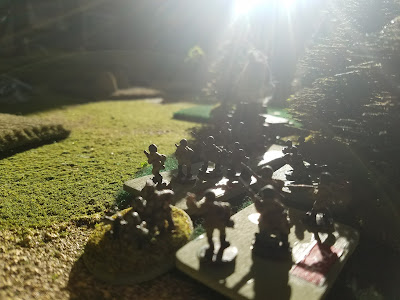 The Paks have a field day with the infantry as well, and the infantry lose their concealment bonus due to the HE fire.  Rough!  Interestingly here, the Germans haven't even revealed their infantry force yet. Finally the Soviets get a break and bring up the HMG.  After some lucky command point rolls, the Soviets get some sustained firing in against the PAK sections and knock out a PAK 40!  They BOLO their morale roll and the remaining section bugs out!  The Germans reveal their infantry platoon and HMG in the orchard next to the PAK 40s
Even though the Soviets started out with a pretty large force, they're teetering close to their morale test break point, and given their terrible morale rating, I'm not certain they'll pass!


The final nail in the Soviet's coffin is the German HMG in the orchard that opens up on their lead teams, sending 2 more to commissar heaven.  The Soviets fail their subsequent morale roll and this game is over! 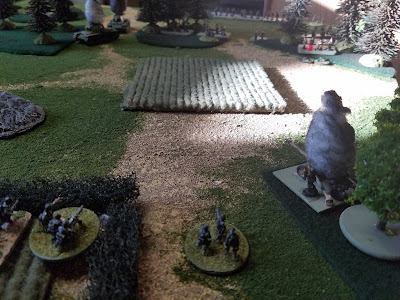 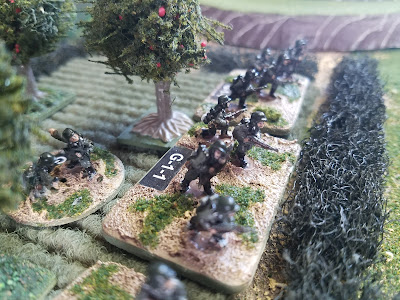 After watching all that good HOF action at Cold Wars I really wanted to get another game in, especially now that I am a little bit better schooled on how hidden units reveal themselves.  This was a tense and fun game and I was shocked at how those PAK-40s kept the Soviets at bay for so long. They were able to keep up a sustained fire and the Soviets needed to use more of a combined arms approach in getting to the hill (their initial objective).

Players in Hail of Fire really have an opportunity to make tactical decisions in the placement of their forces and also the forces they will choose to reinforce during crucial moments.  I love that about these rules. The Germans, who had a mortar platoon and the FO in reserve, failed in all their attempts to bring on reinforcements but made up for the shortfall by conserving the appearance of their main defensive belt (the infantry platoon) and used their most casualty producing weapon (the PAKs) with great effect.  A rules set that makes you think that way is well worth having on your shelf in my opinion.  Mission accomplished!