Lots of Painting! Little Else!

No gaming on the gaming front but I do have lots of painting to show for my time, which frankly there hasn't been much of lately!  Work, family, life all seem to conspire to get in the way of good gaming but I do have some outstanding progress to report on, including a huge 2018 milestone that is almost behind me. 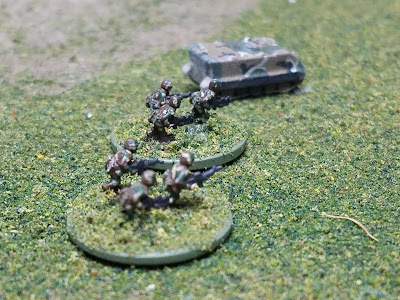 Only thing missing now are the ADA, and air power and I'm ready for a HUGE Team Yankee game on my table.

On the Soviet side, I've painted up 16 infantry teams, about 12 RPG teams, PKM teams, AGS-17 teams, command teams, and even some ATGM teams! 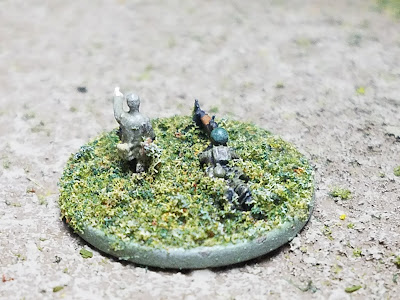 On the West German side, I've painted up 2 x full strength infantry platoons consisting of 3 MG-3 teams, and 2 MILAN teams each.  Next up, I'll be giving my Arabs and Israelis the same treatment in preparation for Fate of a Nation! 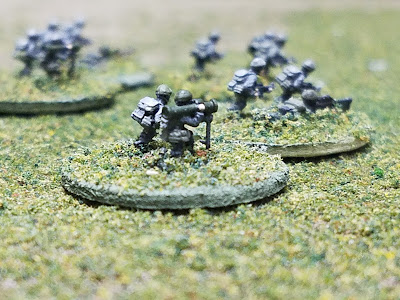 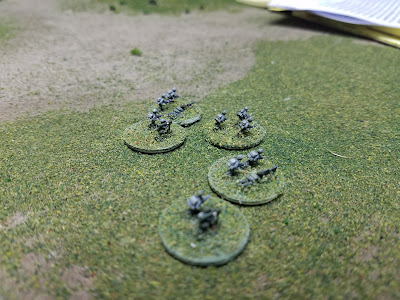 15mm World War II Germans:
Happy to report another Infantry company is done, based to the similar standard of my 1st Kompanie and ready for action.  That makes 2 full strength German infantry companies as well as their supporting HMG stands, and mortar stands.  The Engineer Company is also done and the last of the German projects for 2018 are being started as we speak!  That is the 3rd company of infantry, their Battalion HQs, and finally the infantry SS company.  They are all based for CROSSFIRE / Flames of War / etc.  The Soviets were also finished this week so my WWII goal for 2018 is on the cusp of being realized.  What's big about that?  This is the first time i've seen a project of this magnitude through to completion.  That will be an entire German battalion based for Crossfire, with double the Soviets! 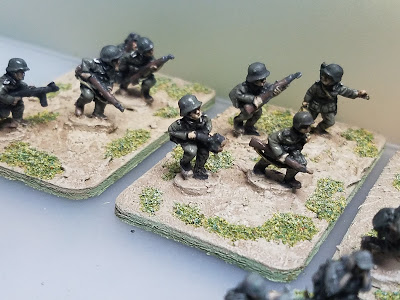 Waterloo Commands & Colors Napoleonics Game
I am at about 80% finished with Le Haye Saint for the June Waterloo 10mm game as well!  It will stand-in for Hougoumont and a smaller farm complex will stand in for LHS. 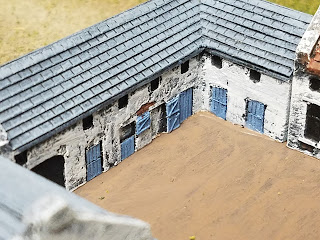 Just so everyone knows I'm actually doing stuff over here!  For gaming, I'm hoping to do a test game of modern BATTLEGROUP soon, as well as a test game for a large CROSSFIRE convention scenario I'm planning.  That's about it.  I'd love to get a "practice" game of Commands Colors Napoleonics on the table as well.  So that's about the bulk of my gaming plans for the next month or so (assuming I have adequate time to do it).

Hope to break out more AWI units and get them painted as well.
Posted by Disgruntled Fusilier at 8:47 PM