Weekend Progress: The Prussians Arrive! (and some MERDC tidbits)

No gaming this weekend due to other commitments but I was able to get some hobby work done in the wee hours of the morning and was able to complete the first of the Prussian units for the upcoming Waterloo Commands & Colors Napoleonics game in June. 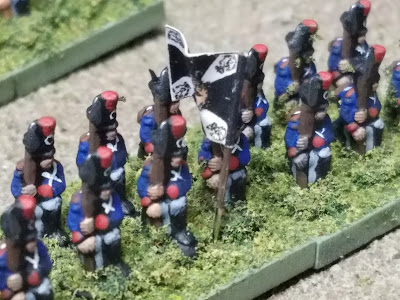 I'm using the scenario from the Commands & Colors website "Waterloo: All in One" [click] which includes rules for the Prussian reinforcements on turn 10 and 15.  According to the scenario, I'll need 7 Infantry units, 2 Cavalry units, and an Artillery unit.  Right now I've been able to finish 3 infantry units, due in no small part to the reinforcements received from Jack over a year ago.


Truth be told, these guys are RISK pieces!  I painted up one unit, and the rest were touched up from Jack's stuff last year. 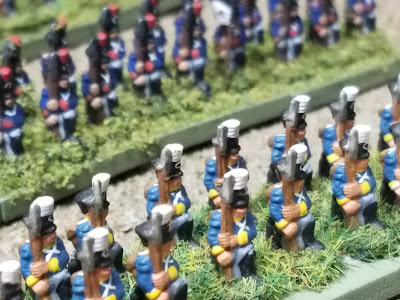 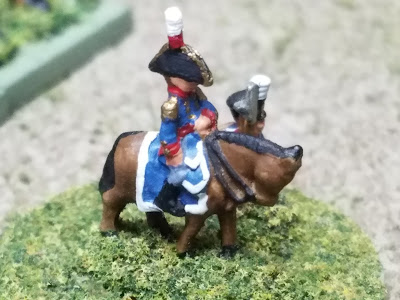 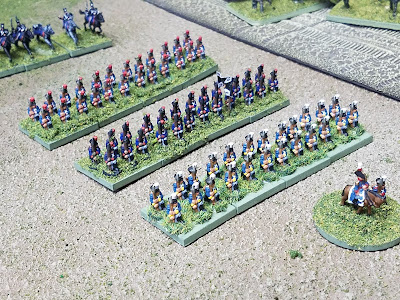 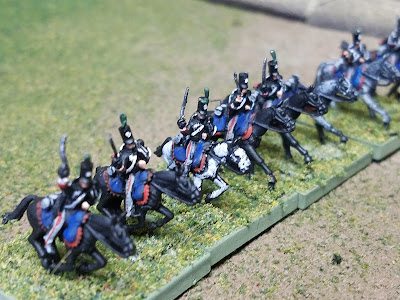 And not to be outdone, some more progress on the painting front as I got some MERDC on more and more vehicles.  A gaggle of microarmor is finished including carriers for a US Mech platoon, a US Abrams tank platoon, and a mortar section.  These guys will be for Team Yankee and CWC for the World War III Project (no i haven't forgotten!  Hoping to get a game in very soon). 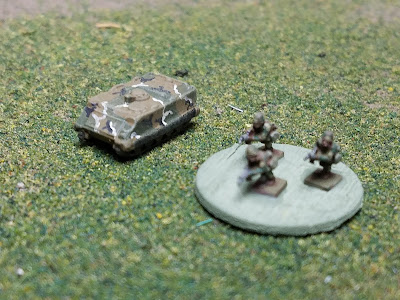 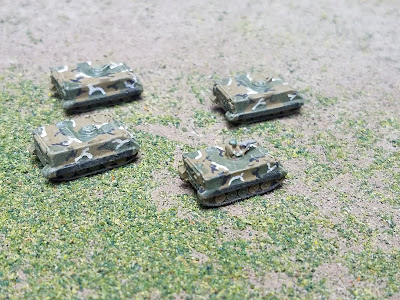 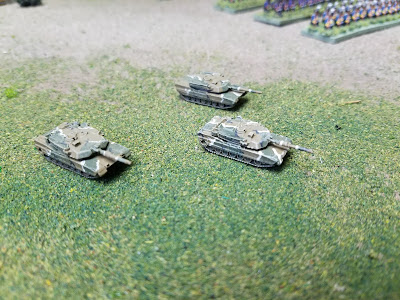 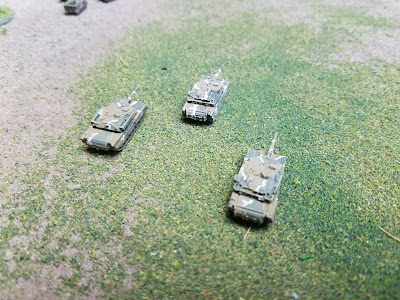 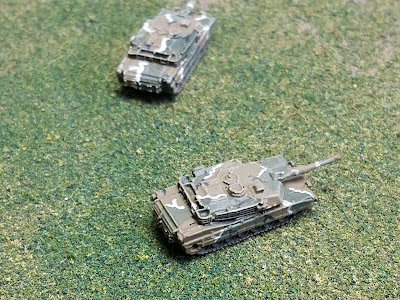 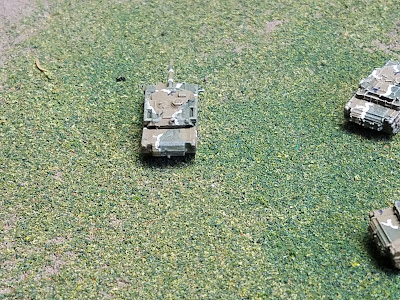 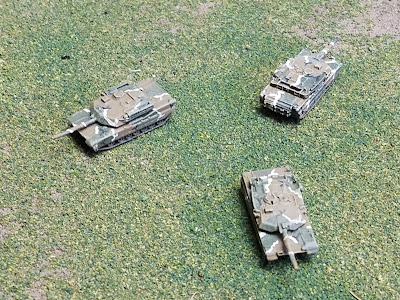 and finally not to be outdone, the "big boys" (compared to 1/285 anyways) 15mm M1s.  Almost done with the first platoon for Team Yankee.  These are all zvezda M1s which are pretty "meh" but at one point they were the only game in town. 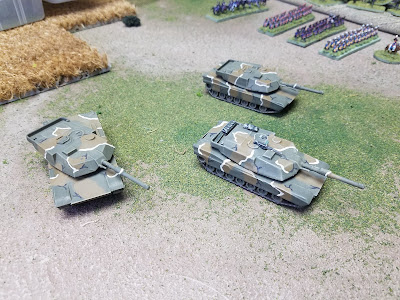 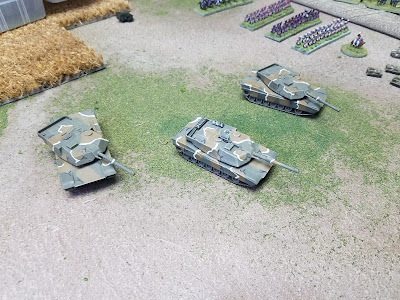 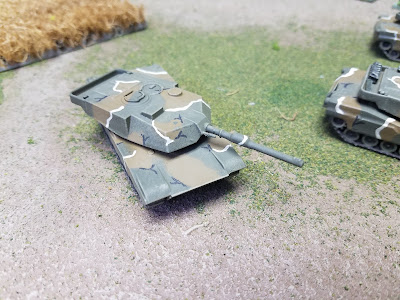 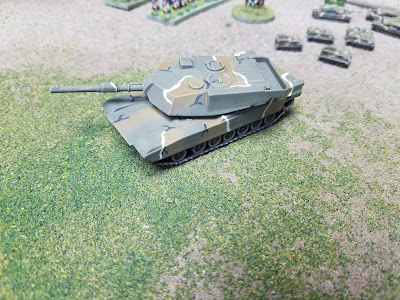 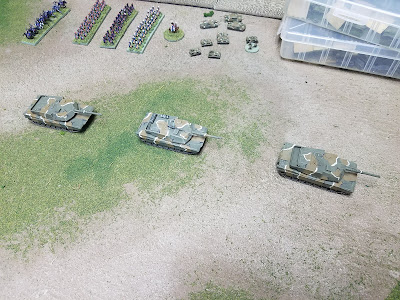 That's all for now.  I hope you all have a great week!  Coming up soon:

News about Historicon and "CROSSFIRE" (yes, it's happening).
More progress in 6mm and 15mm.
Modern BATREP for The World War III Project.

Posted by Disgruntled Fusilier at 4:22 PM