Insanely busy at work but I did have enough time this past weekend to mess around with MERDC on an M1.  So yes, another foray into painting MERDC (Mobility Equipment Research Design Command) Camouflage on my vehicles.  In this case, I've been redoing my Americans in MERDC camouflage not because I think it's historic, but because I think it looks cool.  If you saw the M109 platoon pictures, you know I've been using the Federal Standard 595 [click] paints for the scheme.  You cannot get more official than that!

This tank turned out OK but the "lines" of sand turned out a little thick.  That's because I initially used the wrong color (khaki, not sandstone) on them.  While Dave assured me I was OK, I had to have it match the M109 Howitzers.  For this former artilleryman though, it's probably fitting that the Howitzers are painted the nicest!😀 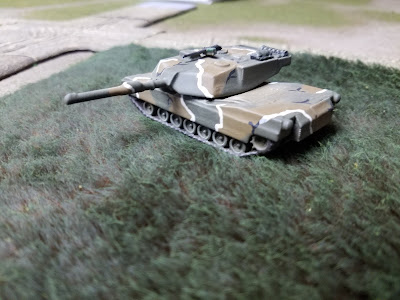 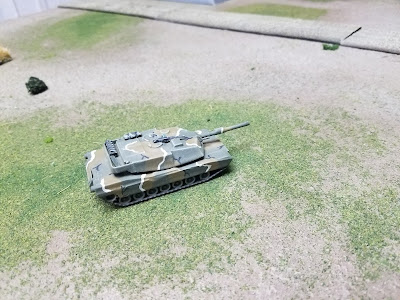 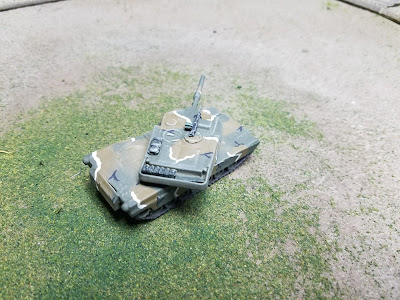 And since you've probably all been wondering just what's up with the WW3 project - I started redoing my 1/285 M1s in MERDC as well.  Unfortunately the blue tac doesn't go on or come off as easily on microarmor so I have to do them by hand... 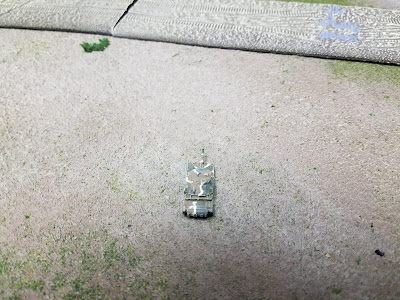 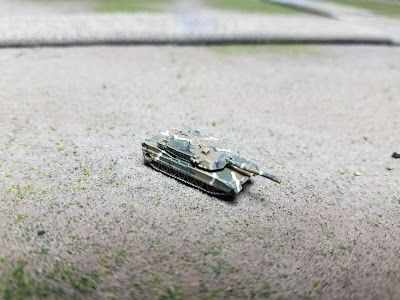 That's all for tonight.  Stay tuned - more posts coming if I can get the lead out.  Here's a hint at what's on the horizon

"night or the Prussians!"