Happy Thanksgiving to my American readers out there!  Thought I'd post a quick update on what's been going on in and around the gaming bunker of late.  My lack of blog posting activity is not necessarily an indicator of lack of activity! 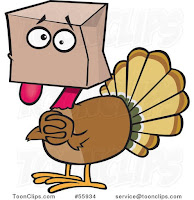 As you all know, the campaign is winding down as we're getting ready to move into the final, apocalyptic turn of the Battle of Ponyri Station, Turn 7 or July 11th.  Things have been moving along and you all know I'm a big fan of the "Firestorm" campaigns for their simplicity and success at generating battles.  I've got some big updates that hopefully you've seen already - including the Duc de Gobins' epic and successful defense of both Kastenwald (Kastenwald Crucible) and Ponyri Station (Ponyri Payback).  Jack will be fighting the 6th Battle of Shirokoye Bulotev soon and I will link to that as soon as he posts!*UPDATE*  Jack's forces have done the impossible yet again as elements of 292nd ID capture Shirokoye Bulotev and you can read the battle report at Jack's blog here.


In other hobby news, I've started the concept test for my singly-based Napoleonic units on my 10mm Seven Years War troops I've had literally laying around in their packaging since 2007.  This serves multiple purposes so while I'm preparing to start my Napoleonic troopers en-masse, I'm practicing by preparing my Seven Years War troops for the eventual publication of  the SYW variant of the Commands and Colors: Tricorne game.  This allows me to test out my concept of singly based units without actually delving into my Naps (of which there are many, many troops to paint!). 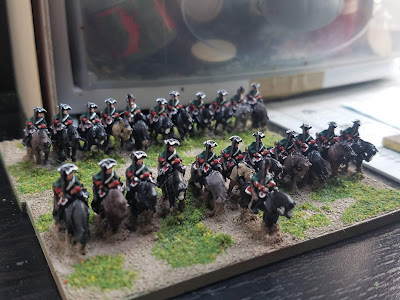 And the Prussian infantry, the scourge of the SYW battlefield!

Also working on my US 15mm World War II Anti Tank Gun troopers but they will be the subject of another post.  Also for everyone's info, I'm starting work back up on my 6mm US Cold War and Soviet forces for Team Yankee, etc.  Perhaps a Fulda Gap firestorm coming up in the near future?

I hope all of my American readers had a great Thanksgiving.  I'm stuffed!


Posted by Disgruntled Fusilier at 2:18 PM