I got home at a "normal" time this evening so I thought I'd post a quick update on what I've been working on in the gaming bunker in between work!  Bear in mind, this work is being done in 15 minute increments in the evening when I can steal a minute.

Next up are preparations for a massive GERMANTOWN 1777 game coming up, after all of this covid craziness, of course.  My final AWI units are in the painting queue and I'm finally getting to them after all these years.  First up are the British Guards.  These guys are Old Glory 15mm and they are so much fun to paint! 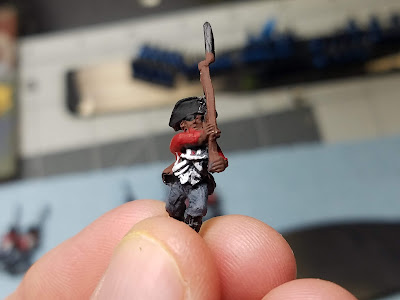 One thing that struck me is that you can't have a war in the Americas without lots and lots of fences, stone, and rail.  I embarked on an ambitious project to build more fences for the fields around Germantown in 1777.  Here are some of them awaiting highlighting and flock

I painted up about 10 more sections of a resin stone wall I bought from "game models" about 4 years ago and based and flocked them.  They look good but I am too lazy to fish them out of their containers!  And more for the Germantown project - I have some buildings from JR. 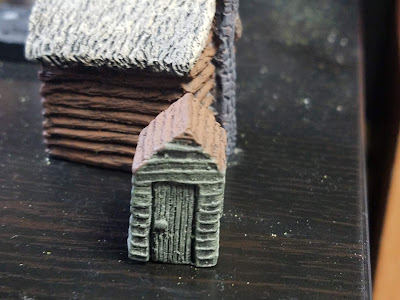 The small opportunities I have had to paint have been nice.  I'm hoping to put a good dent into the 10mm SYW project and 15mm AWI project so I can start work back on 10mm Napoleonics as the Good Lord knows there is a ton to get to.  I've also been playing around with table setup to make a nice looking table, at least for 6mm forces.  The following pic is what I came up with so far.  I think it looks nice! 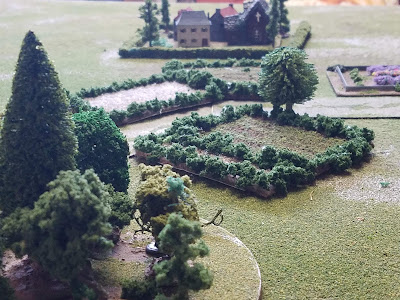 Posted by Disgruntled Fusilier at 7:38 PM