Mostly a catch-up day today on chores, etc around the house but I was able to also catch up a little on my painting and play a very small, very quick game of "MUSKETS & MAYHEM."

The game was a Seven Years War battle between 4 Austrian "Regiments" and 3 Prussian ones.  Accompanying them on each side was 1 battery of artillery. 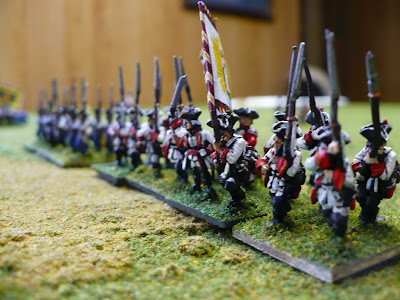 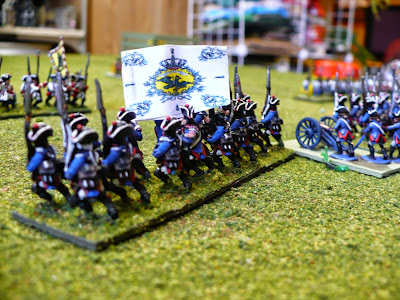 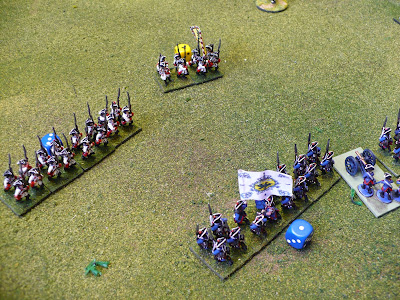 Okay and now onto the painting...Napoleonic French 10mm are up first 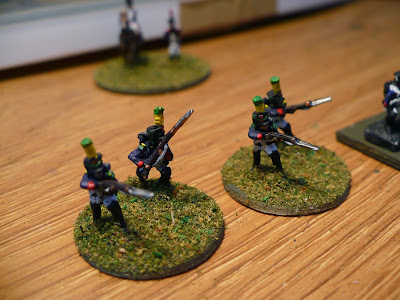 Next up?  The Canadians for my Battlegroup Overlord Authie Game (or Disposable Heroes, Bolt Action, etc)

And now my unpainted (well they come prepainted but of course I'm going to repaint them) Israeli half tracks from POC.  These tracks are loaded up with MGs and kit from multiple sources.  These are the first Israeli vehicles I'm preparing for my upcoming Battlegroup: Sinai game. 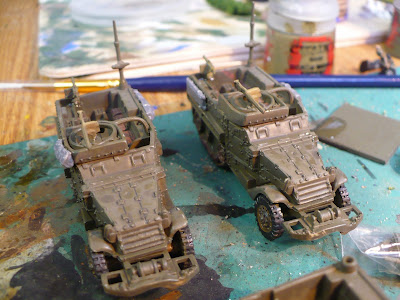 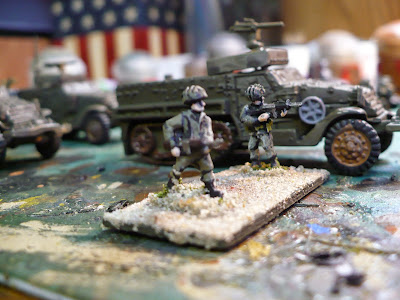 Posted by Disgruntled Fusilier at 2:45 PM