Well it's about time I got my rear in gear so to speak.  I have not posted anything hobby-wise in awhile and thought I would post a progress check for all of you to see I'm not completely off the net these days.

Major projects when I've found the time lately have been getting ready for my D-Day game featuring the 12th SS HJ assault against the North Nova Scotia Highlanders and the Sherbrooke Fusiliers in vicinity of Buron, Authie, and Cussy on or about D+1.  Originally I wanted to play with the Battlegroup Overlord rules but given the scale and the fact that I may not have all of the vehicles completed in time, I'm thinking I could play the game with my GHQ rules, Blitzkrieg Commander, or possibly even Rapid Fire...

Anyways, here are some shots of recently-completed Armor off the assembly line!  Some 15mm PSC Panthers, a Mk IVH, a handful of beefed-up Mk IIIMs, and to make things interesting, I started a platoon-pack of Waffen SS Infantry from Battlefront.  These will be either individually based, or based in teams (a la the Battlegroup family of rules).

I experimented with the camouflage "Plane Tree" and although it's not perfect, I'm happy enough with how it turned out.  And as it turns out, patience is a big part of getting camouflage right.  That explains why so many of my camo jobs turned out....not so right 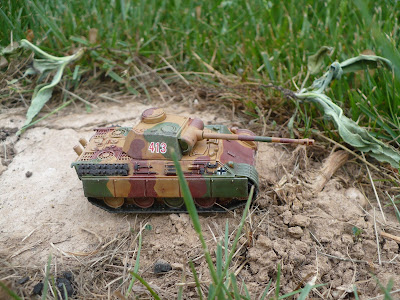 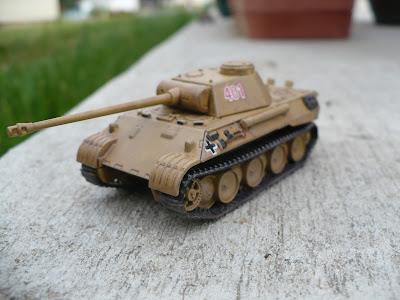 Meanwhile, back to the Russian Front....nimble Panzer IIIs dart for cover.  They are no match for the horrendous 85mm gun reportedly on the new Russian tanks! 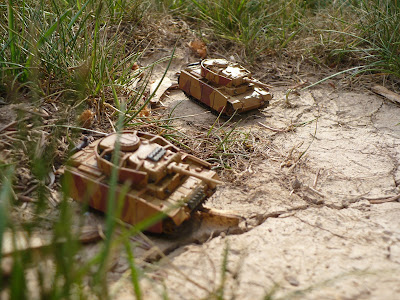 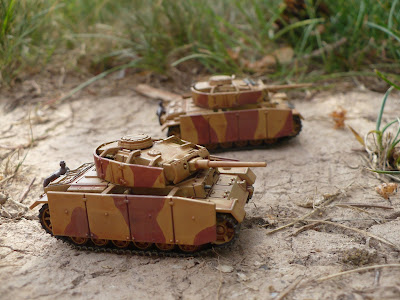 This next batch of pictures are my unfinished group of 12th SS troopers.  They still need some of their kit painted but for the most part, they're finished.  I managed to get the same colors from the Flames of War painting guide "How to Paint SS Camo" and they worked brilliantly.  The only thing I'll admit is that I need to mass-produce these guys so instead of breaking out my "obscenely small paintbrush" that worked so well during my US Army M-81 painting frenzy, I opted for my smallest "normal" brush and dabbed the dots on.  I also skipped the dark dots as it looks like leopard print from a New Jersey shopping mall when I added those... 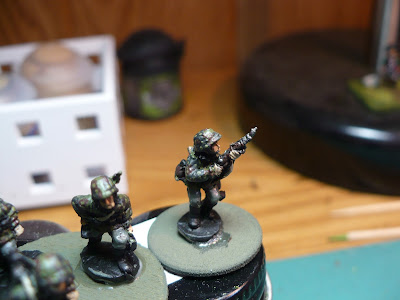 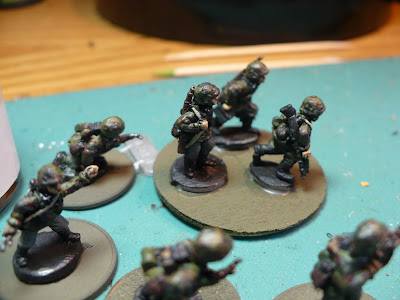 Stay tuned.  I can't promise I'll have alot more things to post, but more is coming none-the-less.  Family vacation next week so almost no time for hobby work.  That said, a game could be in the cards for next weekend.

Here's a list of actual, yes actual, projects I'm working on at the moment:

Posted by Disgruntled Fusilier at 6:01 PM