So I finally got around to putting together the Soviet OOB for our Ponyri Station "Mega Game."  This OOB is based on Bob Mackenzie's excellent Command Decision Ponyri Station scenario but has been converted to a generic platoon = stand laydown.

The Soviet force headquarters is the 307th Rifle Division, reinforced by the 13th AT Brigade.


The Division Task Organization is as follows:


No shortage of supporting units here that's for sure!  In terms of gaming and scenario planning, this will be the biggest game I have ever played without a doubt.  In fact my "fuzzy math" was off and I will have to make another order to Craig at Game Models for more AT guns.... 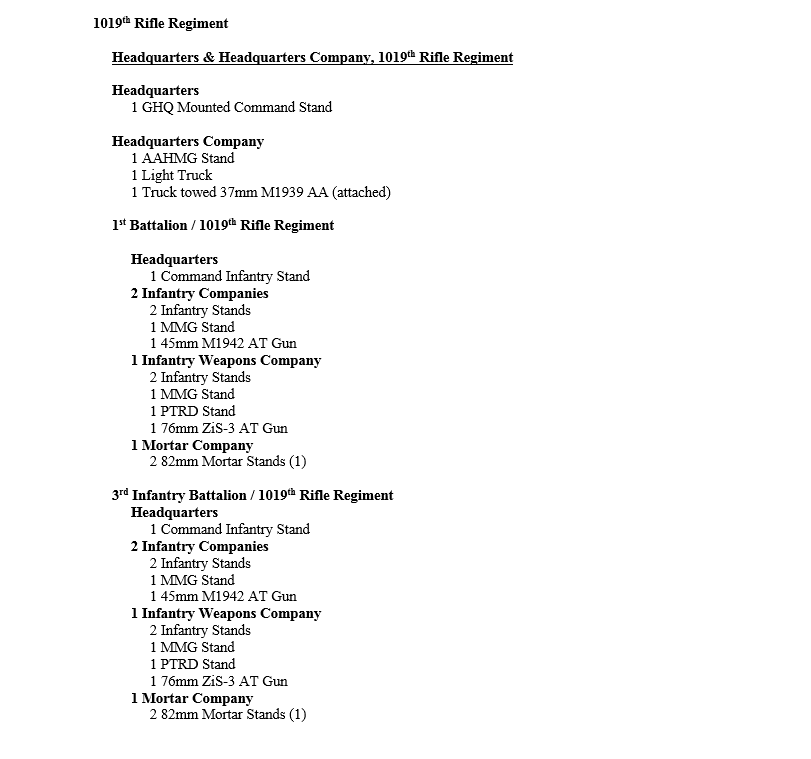 Followed by the 1023rd Rifle Regiment: 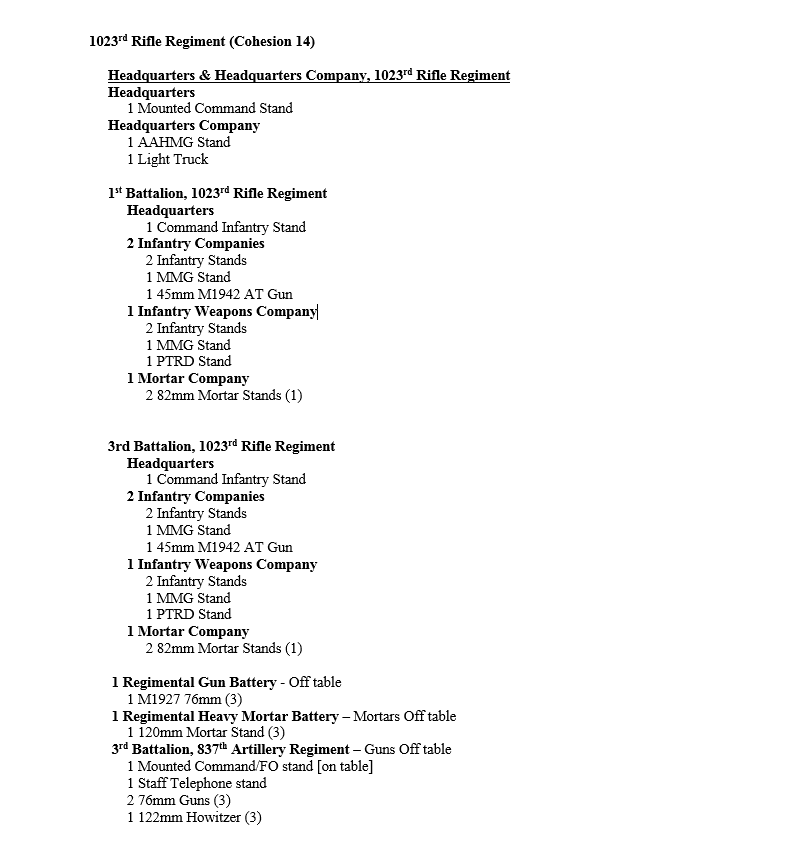 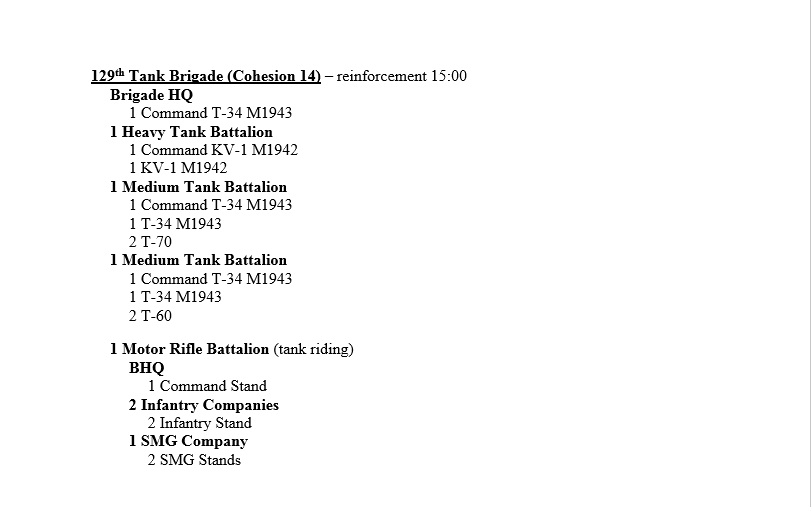 This is going to be a crowded battlefield....Here is the artillery both on board and on board and mounted support for the 1019th Rifle: 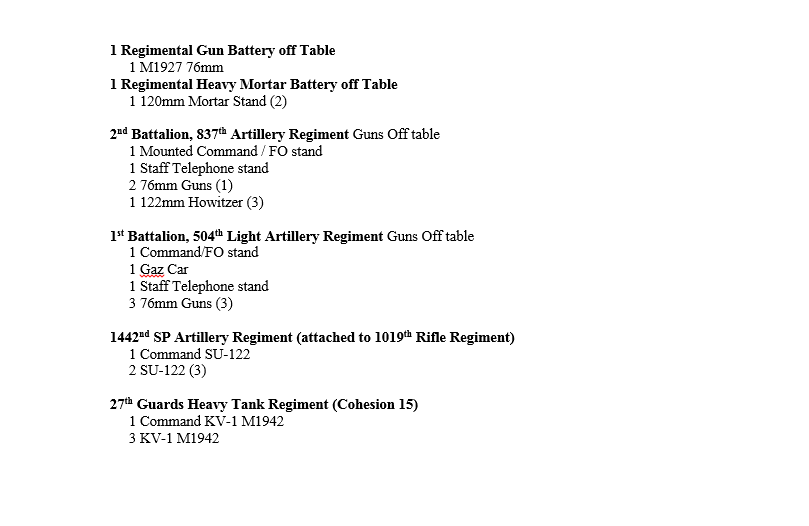 Posted by Disgruntled Fusilier at 7:00 PM