Not much on the hobby front as i'm under the weather today but I thought I'd post the "sort of" final pictures for the gaming table project.

I will probably fix a few things but the table posts are done now.  Very happy with how the table turned out.

So I was able to get a little forward movement with my AWI troops.  Most of my foot officers are done now to include their basing (all but 1 guy...) and I've got some artillery finished as well.  The individually based officers will do double-duty in skirmish gaming as well, and I just base coated some Continental troops for skirmish warfare along the frontier.  For units, I still have a loyalist infantry unit to complete, British Cavalry, more lights, and some Continental lights. 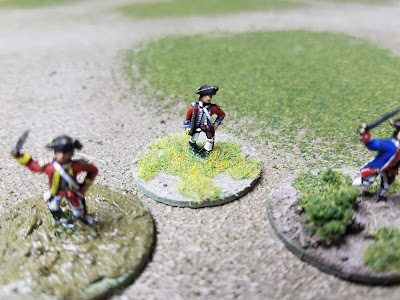 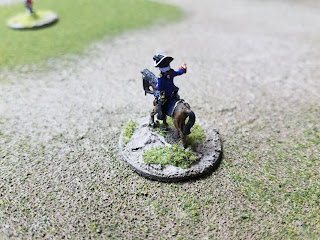 For CC Tricorne (and for other horse and musket AWI games for that matter) since I'll be playing at 15mm I thought 2 x gun batteries would look best so I made a pair of each RA and Continental Artillery.  These guys were painted but the paint job was horrid.  So I updated them.  The gunners look pretty good but the guns just turned out lousy.  Going to touch them up. 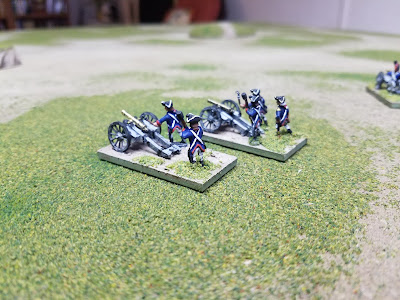 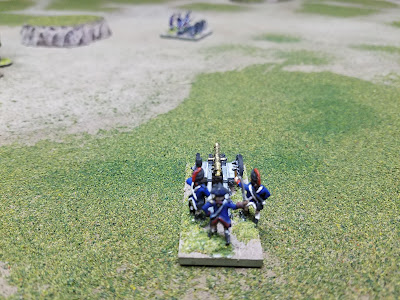 So that's it except for some CROSSFIRE activity.  What?  You thought Crossfire was done here?  Hardly.  I made some markers for squads so I don't lose track of stuff.  Also made some chits for "Mac's Missions" so you can pull your mission random mission from a bag. 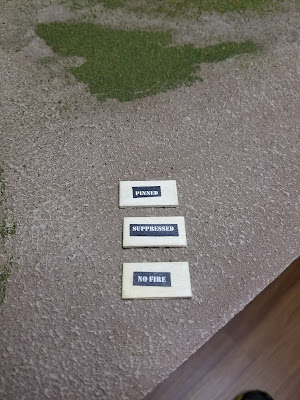 I also broke out my 15mm Soviets and painted the ground cover on the remaining 2 platoons.  I had enough leftover stands to form an SMG "Assault Platoon" and almost every infantry platoon will get an attached AT Gun, HMG, mortar, and has their own leadership team.  Perfect for Battlegroup, Crossfire, whatever.

Once I complete flocking the Soviet platoons, it'll be onto the Germans.  Have to paint and flock their bases as well and standardize my German companies for Battlegroup and CROSSFIRE.

Future Projects Preview
This year I plan on having some fun with specialist and "elite" units to include more Soviet Scouts, German Assault Engineers, SS/Veterans, Oberfeldwebel Schmidt's Veteran CROSSFIRE platoon from Stalingrad, and Soviet Naval Troops for Stalingrad gaming.  That Rattenkrieg game at Fall-In really did a number on me!  If I can get all of these done, it'll be onto the Western Front to work on my British and Americans.

For terrain, I've begun decorating the bases for my trees (will do a whole separate post on that), and am standardizing ground cover with my table.  Going to be a busy year!

Posted by Disgruntled Fusilier at 6:28 PM