Got together with Ken and Alex yesterday afternoon for some American War for Independence gaming using the Fife & Drum Miniatures AWI Rules (they also have a SYW version as well).  These rules are 1 page in length and consist of a series of charts that the combatants must use all conveniently located on the same page.  I thought they delivered a good and quick game but they were not without their questions.

We used Ken's excellent 28mm AWI troops on his table.  It was definitely a treat to game with such nicely painted and great looking figures!  We played the Battle of Hubbardton [click], with about 8 units total on the whole field, we felt this would be a nice, short, introductory game to these rules.

The movement is generous and I was able to close with the enemy in about 3 to 4 moves.  The Continentals (11th Massachusetts, 2nd New Hampshire, and the Green Mountain Boys) are on high ground and are enjoying the benefits of a low stone wall.  My British are crack troops and a battalion of regulars (Combined Grenadiers, Lights, and the 24th Foot).  Ebeneezer Francis and Seth Warner command the American side, while Brigadier General Simon Frazer and Major Acland command the British). 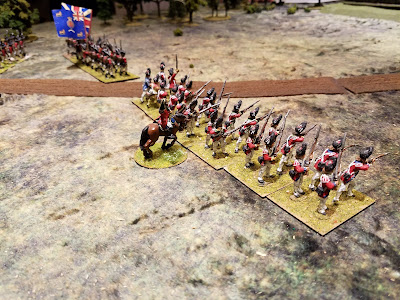 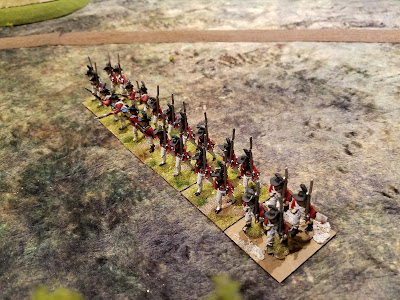 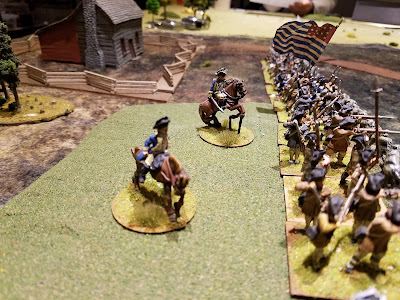 I try to play as "British" as I possibly can, and advance my troops up to close range, delivering a volley.  I opted to move first, so the Americans can fire first.  My Grenadiers on the right go "shaken" from the combined fire of almost 2 battalions.  My regulars weather the fire pretty well and deliver fire of their own.  Something is wrong though, because the Americans are not just simply melting away!  They're sticking around to fight! 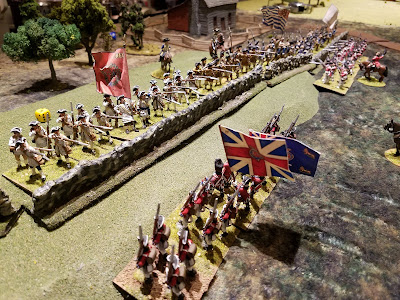 Alex does the much of the rolling and is rolling very well.  I rolled my characteristic self and BOLO a bunch of critical rolls, but with these rules you get a bunch (read that as 2 to 4 depending on the circumstances) of D10s which is not quite so dramatic as other rule sets. 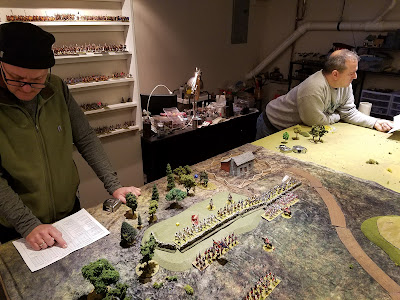 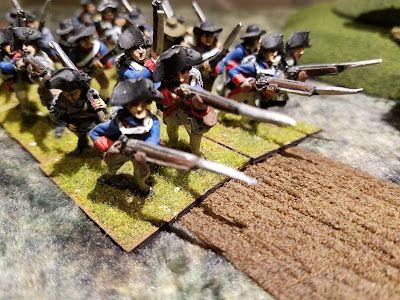 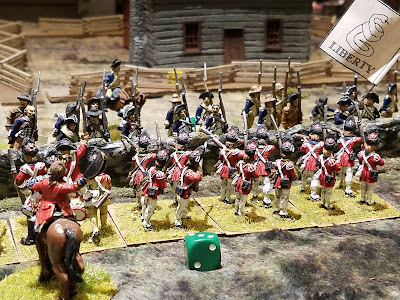 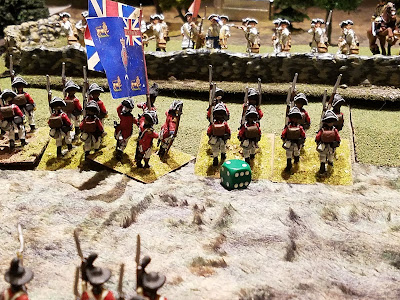 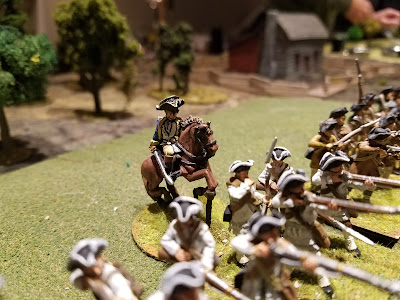 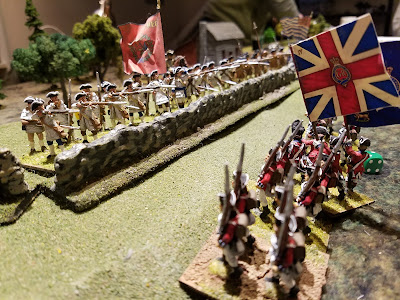 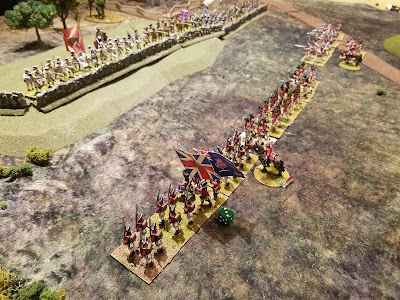 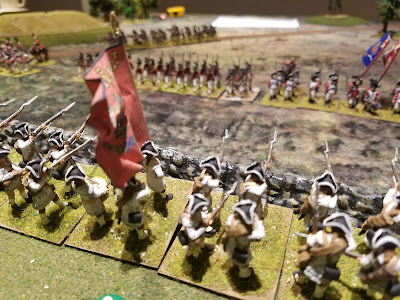 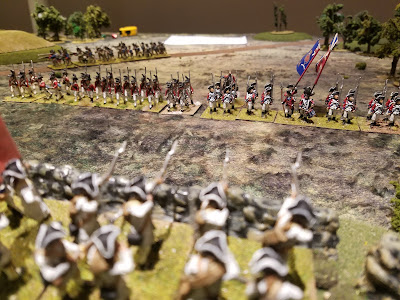 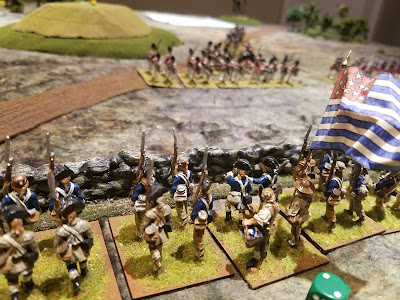 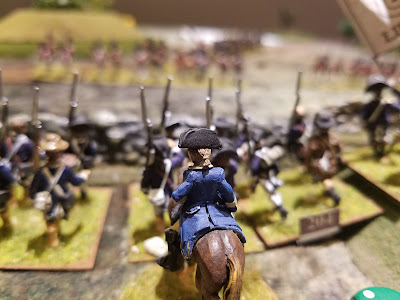 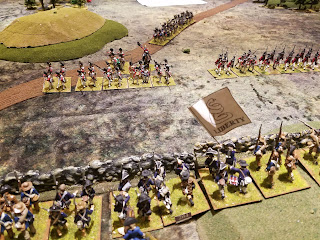 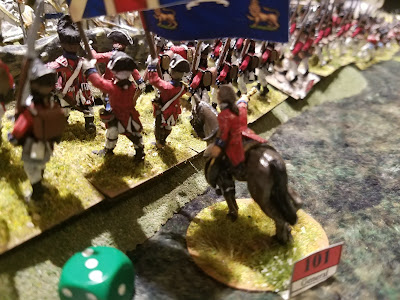 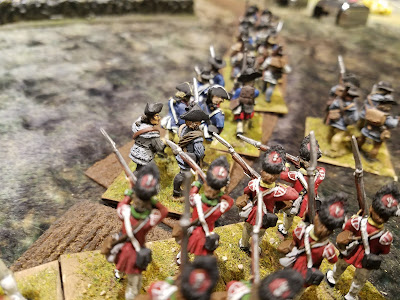 So all in all, lots of questions which are to be expected from a single page rules set but very neat, old school feel to it.  Effectiveness of shooting is very much based on the target's condition, and passing morale becomes easier with terrain and officers factored in.  All in all, it's a great set of rules considering the price and I would bet it handles a big game with relative ease.  Certainly a great set of rules for an afternoon of gaming.  I'd like to try the SYW rules as well.

Posted by Disgruntled Fusilier at 9:30 AM