As promised, I thought I'd post up my Soviet World War II scout unit.  These are battlefront minis and I really love them as they have lots of personality and were a joy to paint.
What's the coolest thing about them?  Some of them are armed with German Schmeissers!  I painted them in the ubiquitous Soviet "ameoba" camo pattern uniform.  When I used the "authentic" colors, they turned out too dark and you couldn't see the camouflage.  So I brightened the green, and darkened the splotches and the result you get are these guys. 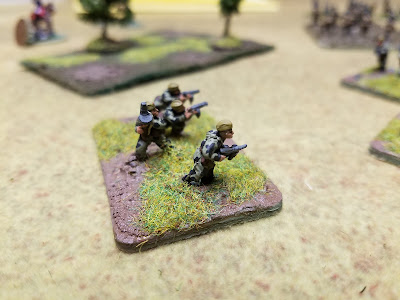 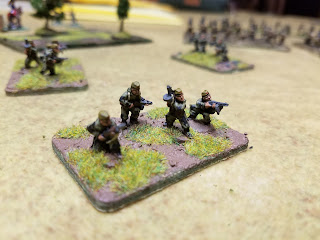 They're based for Crossfire, FoW, Alex's UP THE BLUE! rules, Battlegroup, just about any game I could want to use them with.  3 x stands, as it "stands" now.  I have 7 figures left.  I guess I'll make one more stand and a command stand?  Or buy another pack! 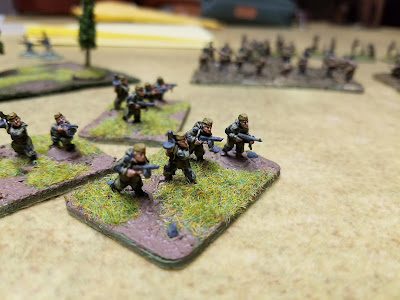 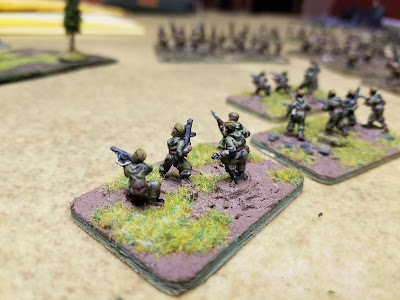 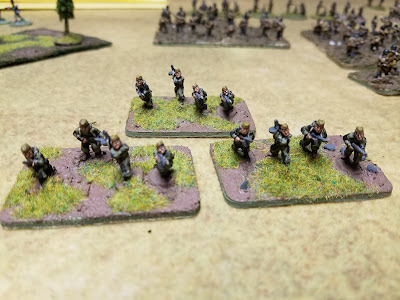 Also thought I'd show off my urban drop-terrain which is just about done.  This is the first in a series of structures and terrain pieces I will be assembling for upcoming "urban nightmare" scenarios.  What can I say?  After the "rattenkrieg" game during Fall In, I'm extra motivated for some urban WWII fighting in, say, Ponyri or Stalingrad!
You may recall my "brick dust basing" technique that I used from "Steven's Balagan" blog.  Happily reconstructed here. 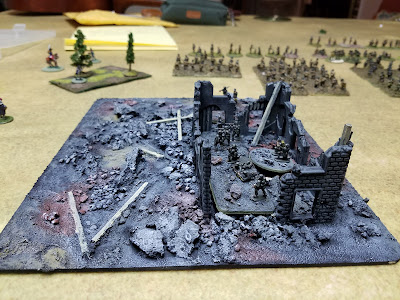 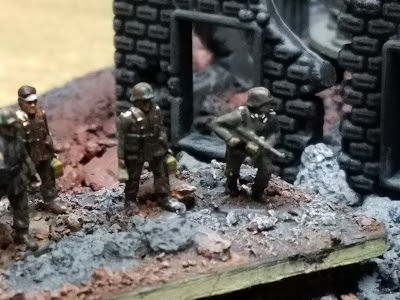 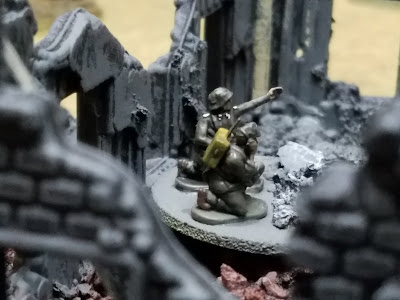 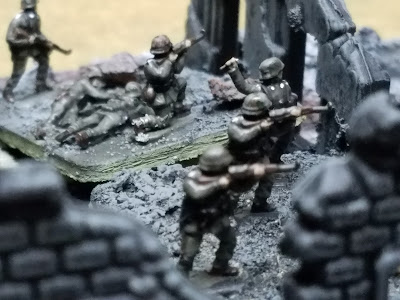 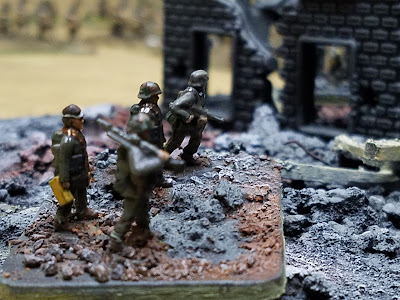 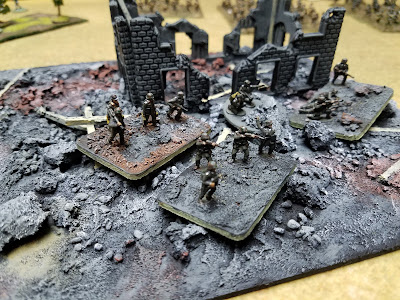 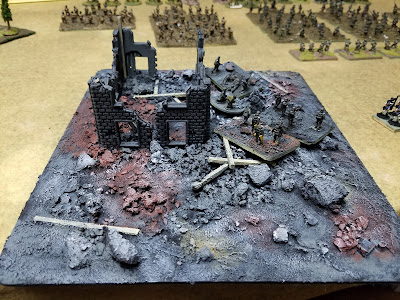 And lastly, if you've stuck with me this far, I thought I' give a sneak preview hint of my second project focus for 2018 (besides WWII).  Important to note that in this era, most of my miniatures are already painted and I'm a short skip and a jump from being 100% painted.  Plus I'd like to game much more of the era and there are some new and old rules to play.

Listen below and place your guess in the comments section:

Posted by Disgruntled Fusilier at 7:43 PM