Well the week has been much busier than anticipated but I still had time to throw some spray on some tanks in anticipation of Battlegroup: Tobruk coming out, as well as some other games I've been meaning to play with my North Africa troops, who are in need of some MAJOR T.L.C and an overhaul...

This is a Zvezda Panzer IV D or E (I can't remember what the box said and I'm not good with the early war stuff).  I had a few and this one was intended to be a "practice Panzer" until I heard Battlegroup: Tobruk was on the horizon.  This breathed new life into some of my older projects.  I had bought a few of the Zvezvda Matilda IIs, Crusader Mk IVs, Dingo scouts (wheeled recce!!!!) and I already have a sh*t ton of British "Command Decision" 8th Army infantry to base.  So looks like my North Africa forces will be fighting soon.


The inspiration for this model can be found here:

picture used without their permission. 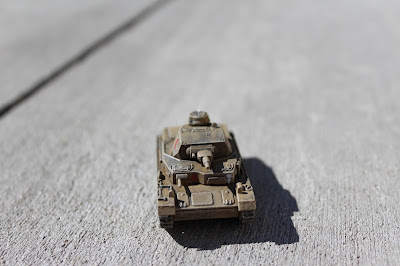 I think what I like the best so far is how the technique I used has turned out, even for desert tanks.  One unexpected turn of events was how nice the Testor's "Model Master" "Afrika Mustard" looked after priming the model gray.  It really has a nice, drab look to it that it did not have when just spraying the model mustard before hand.  I am going to use this for all my tanks in the future.

I know Ilve gone over the details before, but in case you're wondering.  First I prime, then basecoat in Afrika Mustard, paint the stowage and tracks, and any mechanical accoutrements, then I washed with GW's Nuln Oil, then the Sandgelb/ White dry brush, then a really really light White/sandgelb drybrush. 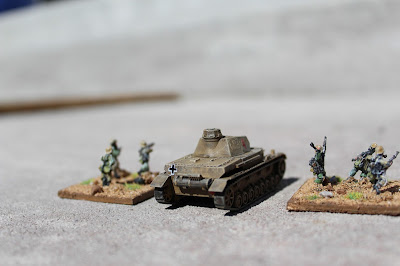 I plan on redoing many of my infantry and will most likely paint a DAK Panzergrenadier platoon which I have in the package still after a War Store sale a few years ago.  They will be based individually for Bolt Action, Disposable Heroes, BG, etc.  I am hesitant to base them as a team anymore and am thinking about just using wooden sabot bases for the time being until I figure out just what the heck I want to use them for! 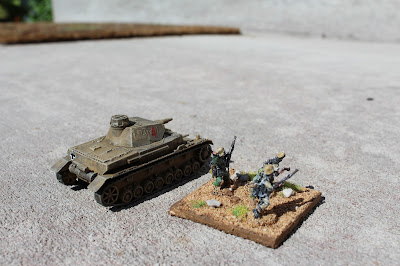 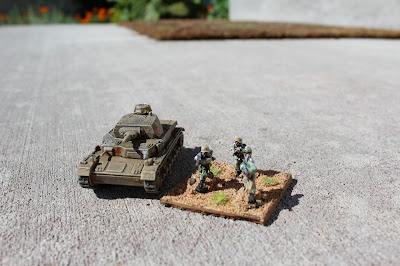 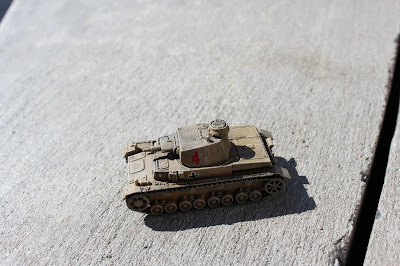 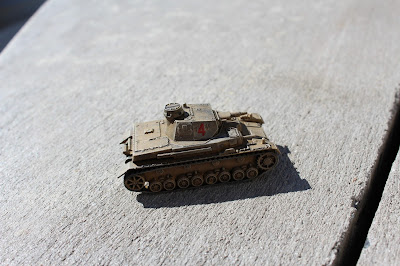 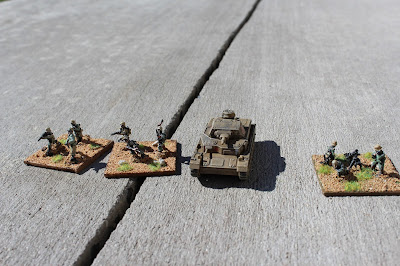 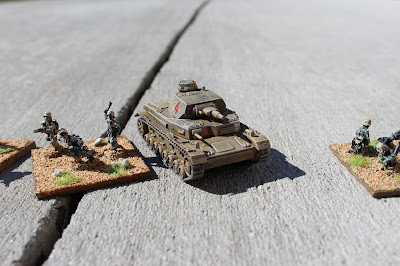 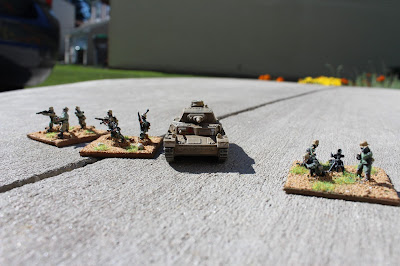 Posted by Disgruntled Fusilier at 10:12 AM