Next up on the list, and a major project milestone for 2013 are my Mogadishu US Army Ranger Platoon troopers.  This is one squad of Rangers who will provide outer cordon security for Delta Force as they execute High Value Target raids within Mogadishu looking for everyone's favorite warlord.

I used the standard, US Army 3 color DCU for blouse and trousers and used the "chocolate chip" helmet covers.  The Chocolate Chip turned out pretty well in my opinion, and is subtle enough that I can use these guys for Operations Enduring Freedom (A-stan) and Iraqi Freedom without too much issues with my obsessive compulsive disorder...

They will become increasingly important as I begin to execute more high-level operations with Special Operations Forces to include the Tora Bora operations, as well as the Sha-i-kot valley.  I need plenty of SEALS and Rangers for those battles.

In a painting frenzy with the weather.  Next up will be either some more Napoleonic Troopers to include another of my Royal Spanish Grenadiers, British Foot-Sloggers, French Artillerymen, or your run of the mill, garden variety middle eastern insurgents.  Enjoy! 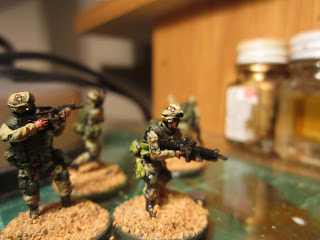 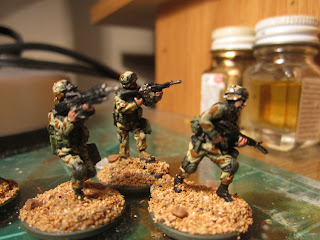 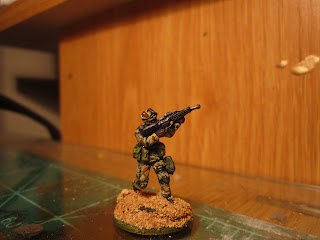 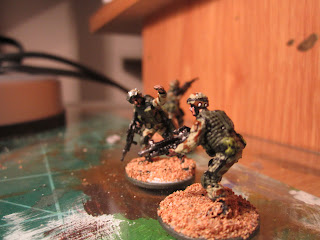 Posted by Disgruntled Fusilier at 2:04 PM